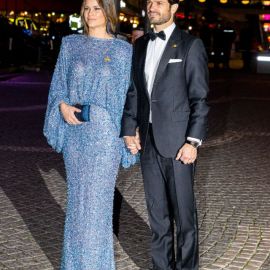 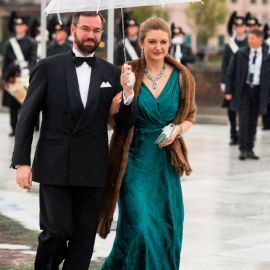 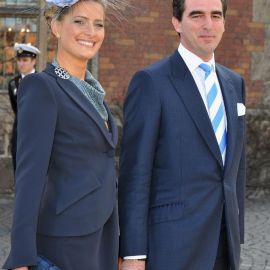 Princess Beatrice has been trying to marry financier Edoardo Mapelli Mozzi for over six months now — and the universe is just not working in her favor. Their plans for a modest spring wedding have already been derailed twice by the scandal surrounding her father Prince Andrew’s friendship with sex offender Jeffrey Epstein. Now, it looks like Beatrice’s wedding will be postponed again due to the coronavirus pandemic, which means the royal might not get to say “I do” until the fall.

Currently, the couple had planned to get married on May 29 at St. James’s Palace, with a small reception at Queen Elizabeth II’s gardens at Buckingham Palace to follow. But as of Tuesday, the Queen announced a self-quarantine amid coronavirus concerns, and cancelled all garden party events for the foreseeable future. People reports that the couple are now seriously considering moving their date for a third time.

The wedding of HRH Princess Beatrice of York and Mr. Edoardo Mapelli Mozzi will take place on Friday 29 May 2020. The couple became engaged in Italy in September 2019. The Queen has kindly given permission for the ceremony to take place at The Chapel Royal, St James’s Palace. The ceremony will be followed by a private reception, given by The Queen, in the gardens of Buckingham Palace. Image: © Princess Eugenie

While representatives of the couple have not yet commented, the current state of the pandemic suggests that gatherings like weddings will still be ill-advised, if not outright forbidden, come May. While Beatrice and Mozzi had truly only wanted a small celebration, skipping the carriage procession for which royals like Kate Middleton, Meghan Markle, and Princess Eugenie all opted. But even their modest vision will likely be too much.

In this unexpected time, we’ve all had to make sacrifices, and many have called off weddings, funerals, and more in the weeks ahead. All we can do is hope that our efforts have the intended effect, and wait for a return to normal.

First you’re hearing of Princess Beatrice and her fiancé? Here are other less-known royal couples you should get on your radar.