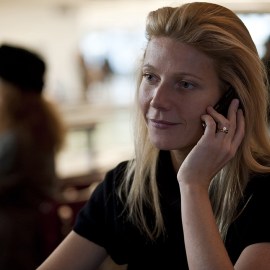 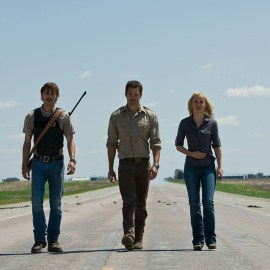 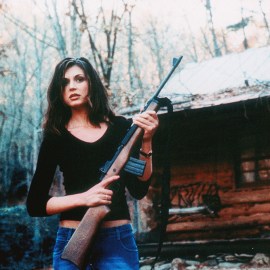 With health experts recommending social distancing and self-isolation in the face of the coronavirus pandemic, it’s everyone’s civic duty to stay home as much as possible. But thankfully, Amy Schumer just shared a list of coronavirus binge-watching recommendations on her Instagram account — providing a perfect way to pass the time we all need to spend hunkered down. Bonus? They’re all crime and comedy, aka the best kind of distractions.

Schumer took to Instagram to share her list following a week of dramatic news updates about the spread of the novel coronavirus. With shows halting production, schools shutting down, and major events being canceled, it goes without saying we all need to find a way to lay low so that the health professionals can do their jobs effectively. Enter, binge-watching. Is there any better way to make downtime feel less, you know, down? Streaming services will undoubtedly play a big role in making this difficult transition seem a bit more bearable.

To help fans get through this period of uncertainty, Schumer shared her personal picks. And, we’ve gotta say, she has pretty good taste in TV. Check out some of the series she suggests spending time with during your self-isolation, as well as a few added to her list by fans.

In this British crime drama, strong-willed police sergeant Catherine Cawood (Sarah Lancashire) is still struggling to cope with the suicide of her daughter Becky eight years earlier when she finds herself tracking down the abductors of a young woman. Even the supporting characters are strong in this series, but Lancashire really shines.

Top of the Lake

If you love Elisabeth Moss in The Handmaid’s Tale, you’ll definitely want to go back and watch her work in this critically-acclaimed series. Here, she stars as Detective Robin Griffin, who returns to her remote New Zealand hometown to be with her mother, who suffers from terminal cancer. While there, she finds herself thrown into the investigation of a 12-year-old local girl found standing fully dressed — and five months pregnant — in the local lake.

In full disclosure, you may never look at Jamie Dornan the same after watching The Fall. In this psychological thriller, he plays Paul Spector — an attractive and seemingly innocuous family man with a very, very dark secret. Gillian Anderson plays police superintendent Stella Gibson, who effectively finds herself in a deadly game of cat-and-mouse with Dornan’s Spector.

Say hello to the series that made the world fall in love with Olivia Colman! Another British crime drama, Broadchurch sees Colman’s Detective Ellie Miller caught up in a heartbreaking case: the murder of an 11-year-old boy in her small coastal town. David Tennant and Jodie Whittaker co-star, so you know it’s good. But be forewarned: It’ll break your heart, too.

This pulse-quickening series dropped on Netflix earlier this year and is the latest Harlan Coben book to come to life on the screen. If you like mysteries with a liberal side of deception and crime-thriller-suspense, this show is for you. When a stranger makes a shocking claim about one man’s wife and then she goes missing, his world is rocked as he tries to piece together the puzzle.

You can’t get much grittier than this circa 2002 show centering around Baltimore’s inner-city drug scene. It’s edgy and smart, and it will make you think long and hard about the US’s war on drugs — and the general crime and punishment system in America.

BUY: ‘The Wire’ on Amazon

Chieng of The Daily Show and Crazy Rich Asians fame takes center stage in this stand-up special. And he takes aim, too. The target? American idiosyncrasies (We hate everything but love Netflix? Guilty as charged).

From air travel to college football and pretty much everything in between, comic Nate Bargatze puts his hilarious spin on a wide range of topics in this stand-up special.

Maria Bamford: Weakness Is The Brand

Maria Bamford is back, y’all! Watch Lady Dynamite make you feel better about yourself with her LOL-inducing brand of self-deprecating comedy.

Anyone who was ever in middle school in the ’90s or early 200s will no doubt feel seen (or perhaps personally attacked) by this series. Hop into a time machine with creator-stars Maya Erskine and Anna Konkle, and take a trip back to some of your most uncomfortable — but memorable — years.

If ever you had any doubt about Andrew Glover being a true treasure (although why you would, we don’t know), you need to watch Atlanta ASAP. Glover created and stars in this series about two cousins navigating ATL’s rap scene, and there’s a reason it’s so critically acclaimed. Spoiler alert: It’s because it’s brilliant.

Listen, if the Bluth family can’t distract you, nothing will. If you’re dealing with family drama during your self-isolation period, watch this to remind yourself that it could be worse… George and Lucille could be your parents.

Based on the Australian series by the same name, No Activity follows two low-level cops (Patrick Brammall and Tim Meadows as Nick Cullen and Judd Tolbeck, respectively) who’ve spent way too much time in a car together. Throw in two in-the-dark criminals, two mismatched dispatchers, and two Mexican tunnelers, and you’ve got a party.

Before you go, check out these pandemic movies to watch once you make it through Schumer’s list.