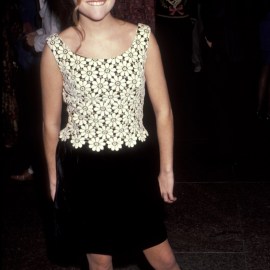 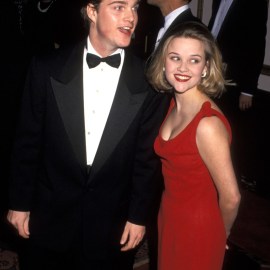 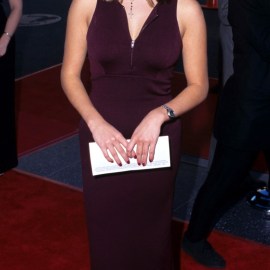 There’s no way around it — right now, the world is a scary place due to mounting cases of the novel coronavirus. Which is exactly why we need little moments of levity, like Reese Witherspoon and Ellen DeGeneres doing “The Woah,” to keep us sane. Besides, since we’re all practicing social distancing right now, we’ve got lots of time on our hands. Why not cut through some of the anxiety by filling that time with funny videos?

On Monday’s episode of The Ellen DeGeneres Show, Witherspoon stops by to discuss her new Hulu series Little Fires Everywhere (premiering this week!). When asked to explain the premise of the show, the Academy Award-winning actress noted that it takes place in the ’90s and her character is the mother of four teenage kids. Accordingly, the show covers some complex parenting dynamics. On that note, DeGeneres asks about Witherspoon’s real-life parenting — namely, the way she enlisted her 16-year-old son Deacon to teach her how to use the short-form-video-sharing app TikTok.

Right on cue, a video of Witherspoon’s first TikTok with Deacon plays. Laughing, Witherspoon asks dancer Twitch his thoughts. “The spirit is fantastic. It’s just the arm placement is a little…” he says before trailing off as the audience laughs. But when he throws Witherspoon “the Woah,” she demonstrates that she has sharpened her skills.
She then throws it to DeGeneres, who nails the move with surprising ease (she’s tried to enlist Twitch to teach her viral dance moves before).

Fortunately for Witherspoon, she has a day job outside of dancing to fall back on. And according to her Little Fires Everywhere co-star Kerry Washington, she’s incredible at it. “Once we got started it felt so good to be in a scene with a scene partner who is so talented and adept and courageous in the work,” Washington told Entertainment Tonight of Witherspoon. “I mean, she’s a phenom so it was really fun.”

The feeling is mutual, too. Gushed Witherspoon to ET, “I feel like it was such a good [dynamic] cause it was such an equal match. We really went toe-to-toe and we both had these fierce ideologies that our characters were so really dug in about.”

Before you go, click here to see how Reese Witherspoon has evolved over the years.