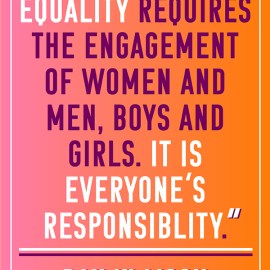 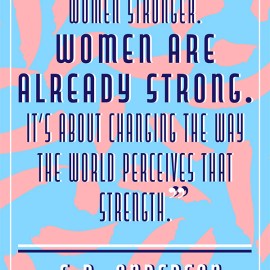 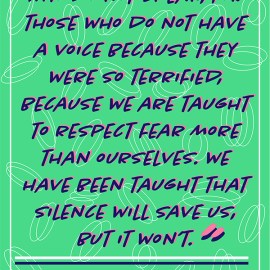 The theme of this Sunday’s International Women’s Day is #EachforEqual, an initiative to encourage individuals to take action in their own lives to fight for a gender equal world. Shonda Rhimes and the cast of Scandal took that mission to heart, and joined together to film a PSA for the occasion. Their passion for gender equality has us feeling fired up — and reminds us how much we miss this show.

The PSA was for CARE, an organization dedicated to ending poverty. Bellamy Young, CARE Ambassador and Scandal star, exclusively tells SheKnows, “The fight for gender equality is not over and this International Women’s Day I’m proud to have directed and stand with my Scandal family to create CARE’s #WomenEqual PSA to shed a light on the continued issues women and girls face on a daily basis.”

“As a CARE Ambassador, I’ve met the women CARE has helped in Rwanda and am inspired by the obstacles and circumstances they’ve overcome,” Young added. “I ask you all to continue the fight and join Kerry, Shonda, Katie and I among the chorus of people fighting for equality.”

Young was joined by Rhimes, Kerry Washington, and Katie Lowes for this message. “It is an honor to tell the stories of women who have endured unimaginable pain and emerge from it with grace and resolve to make the world better,” Washington said. “I’m so grateful to be a part of this campaign and hope that it inspires others to join us in the fight on behalf of women and girls everywhere.”

The video itself is deeply moving: “Some people say our opinions, our experiences don’t matter. And we aren’t alone,” the women say. “Around the world, we get paid less; when food is scarce, we eat less; in emergencies, we come last. As girls, we’re pulled out of school first. And worst of all, when it comes to assault and sexual violence, too often we are ridiculed, pushed to the side, and not believed.”

“But I won’t stand for that,” Washington says. Rhimes urges viewers to sign the petition to make women equal, because women don’t just deserve to be equal — the world needs us to be.