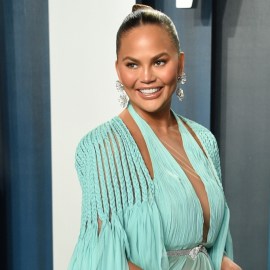 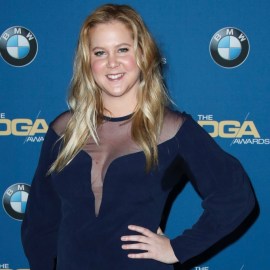 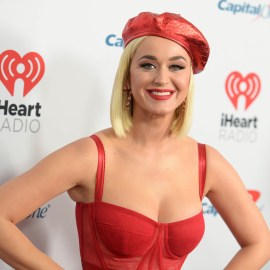 All the Craziest Celebrity Pregnancy Cravings, From Banana Peppers to Buttered Pop-Tarts 24 Images

Katy Perry’s baby belly likes things spicy, y’all! The singer, 35,  took fans by surprise on Wednesday evening when she dropped the music video for her new song “Never Worn White” — and it revealed she and fiancé Orlando Bloom, 43, are expecting their first child together by showing off her beautiful burgeoning belly. And since she understands how fandom works and that we’re all dying for details already, the singer went on to share some of the pregnancy cravings and food aversions she’s experiencing so far.

“I’m late. But you already knew that,” Perry started an Instagram Live video, adding of her upcoming album. “There’s a lot that will be happening this summer. Not only will I be giving birth — literally — but also figuratively to something you guys have been waiting for.” Perry added that she and Bloom are so looking forward to meeting their little one, saying, “We’re excited and happy.” The baby already has a built-in big brother, as Bloom has a 9-year-old son, Flynn, with ex-wife Miranda Kerr.

But in addition to sharing her personal feelings about the major life development, Perry was finally able to publicly participate in a time-honored expectant mama tradition: discussing what food baby wants! She kicked things off by revealing she “literally never cared for spice and now I have to carry Tabasco sauce in my purse.” Also interesting? “Foods that gross me out now are beef. I’m not really into red meat,” she told fans. “Thank God for the Impossible Burger.” She also noted that she’s been “eating the same burrito for weeks on end.”

For what it’s worth, those were almost the exact cravings and aversions I experienced with my son and not my daughter. So, maybe another little boy will join the Perry-Bloom household this summer? Regardless, that kid is going to be cute.

As far as the initial pregnancy announcement, Perry clued in her vans via her dreamy “Never Worn White” video. In it, she sings about overcoming her fear of commitment and opening herself up to a life with someone (the someone in her case obviously being Bloom). “I’ve never worn white, no/But I wanna get it right/Yeah I really wanna try with you,” she sings in the chorus. “No, I’ve never worn white/But I’m standin’ here tonight/’Cause I really wanna say ‘I do.'” And if that wasn’t sweet enough, perry turns to the side in the video’s final shot to show off her growing baby belly. Cradling her stomach in both hands, she sings, “See us in sixty years with a full family (I do).”

Of course, music video magic could have been behind Perry’s pregnant form… but, nope. Her post-video-drop Instagram Live confirmed not only her food cravings but also that she is, in fact, going to be a mom.  She joked in the live that the pregnancy was “probably the longest secret” she’s ever kept. The singer also took to Twitter after making her big announcement, admitting, “Omg so glad I don’t have to suck it in anymore.” She then added in a follow-up tweet, “Or carry around a big purse lol.”

Although since she’s admittedly “very hungry” (she munched on dried mangoes throughout the Live), she might want to actually keep toting around that big purse. You know, for snacks.

Before you go, click here to read about other celebrity pregnancy cravings.