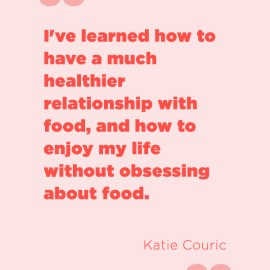 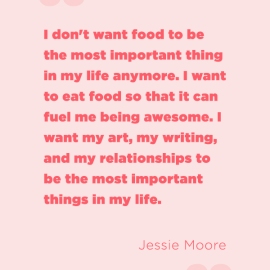 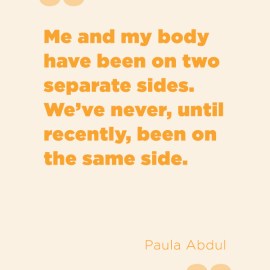 When you have little ones running around, it can be difficult to squeeze in any time for yourself. So, when Carrie Underwood revealed her self-care now revolves mainly around working out and other health-oriented activities, well, we get where she’s coming from. For the wildly busy mom-of-two, focusing on her fitness kills the proverbial two birds with one stone: She gets time to tune into her needs outside of being a parent, and she gets to set a good example for her sons Isaiah, 5, and Jacob, 1, in the process.

Underwood opened up about her self-care journey to Women’s Health for the magazine’s new issue (out on stands March 17). During the interview, the country superstar revealed she tracks both calories and macros — the amount of protein, carbs and fat she consumes daily — to ensure she feels her best. Her magic formula? Forty-five percent carbs, 30 percent fat and 25 percent protein. “This is how I feel good about myself, and this is how I operate,” she explained.

As for working out, Underwood says hitting the gym has become a crucial tool for decompressing… although she’s open to finding alternatives, too. “That’s a part of my personality I need to be better with,” she said. “I’d love to sit in a bubble bath, but that’s not going to happen. My self-care is my gym time, and that’s a stress reliever for me.”

But we understand, right? You don’t always have an hour for a bath and another hour for the gym when your day is already packed with the pressing needs of being a parent and possibly also working (or, in Underwood’s case, being a successful touring artist and entrepreneur). Sometimes self-care has to do double-duty, so working out and prioritizing her health serving as Underwood’s makes sense.

Even so, Underwood has a mom-sensible approach to being a working mom trying to exercise on a regular basis. “If I can work out seven days a week — which doesn’t happen, but if I can — I’m going to,” she explained. “Because the next week, I might get two days.” Thus is life with little ones, eh? You can’t really plan for anything, except that the plans you do have may not pan out. Our babies tend to take precedence.

Underwood also readily admitted that finding a healthy balance when it came to her favorite form of self-care took trial and error. Prior to her stint on American Idol, she never paid much attention to her health. After winning the show, she began working out and paying attention to what she put into her body. Unfortunately, though, she got overzealous, at one point restricting herself to only 800 calories per day.

This led to a toxic cycle of shame and guilt. “I would ‘fall off the wagon,’ then feel terrible and repeat the cycle,” she said, noting that her energy was suffering at the time, too. “Your body is screaming out, I need more calories, I need more carbs!“

It took years and, ultimately, relinquishing a little control, to find the right balance. Not only was having her sons a part of that epiphany, but so was the heartbreak of miscarrying three pregnancies. “For my body to not be doing something it was ‘supposed to do’ was a tough pill to swallow. It reminded me I’m not in control of everything,” she told Women’s Health.

Today, Underwood is in a much healthier place, both mentally and physically. She’s even written her first book, Find Your Path: Honor your Body, Fuel Your Soul, and Get Strong With Fit52Life, to help other women tap into the restorative power of fitness and nutrition. And an app is coming later this year, too.

How well does Underwood’s self-professed favorite form of self-care work? Let’s just say she’s at the top of her game. To that end, she joked, “I swear I use butt muscles to hit notes sometimes.”