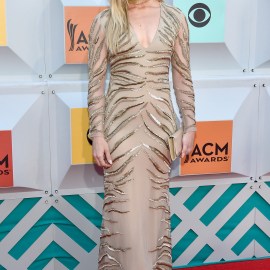 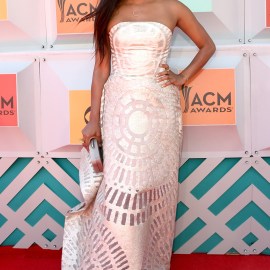 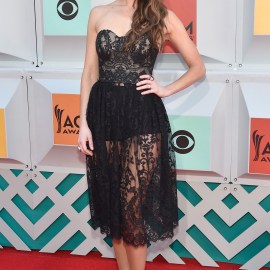 One of the biggest nights in country music is just around the country! And we’re already counting down the days because there are so many reasons to watch the 2020 ACMs. The show, which will take place on April 5, brings some of the country’s biggest and brightest stars to Las Vegas — and you know everything’s a little more exciting in Sin City. While the ACMs are always worth looking forward to, country music fans have extra incentive to tune in this year… starting with a new host (who’s definitely not new to the country music scene).

On Thursday morning, the Academy of Country Music released the full list of 2020 ACM nominees. During a digital press conference, Lauren Alaina, Ashley McBryde, Bobby Bones, Cassie DiLaura and Kevin Frazier, and Oprah’s BFF Gayle King helped announce everyone up who stands to take home a signature “hat” trophy. And if we were to make a snap judgment based solely on this list, well, we’d be inclined to assume the 2020 ACMs are going to be one heck of a night.

Although the Academy is still keeping some information about the telecast undercover, we still have plenty to be pumped about already. Plus, you better believe we’ll add to this ever-growing list as more information about the show makes its way to the public. For now, join us in anticipating these reasons to watch the ACMs.

Love was in the air on the #ACMawards Red Carpet!

In full disclosure, we’ll forever be suckers for a good red-carpet parade of fashion. And the ACMs have their own distinctive vibe when it comes to style. Some attendees honor their country-western roots — like last year’s host, country legend Reba McEntire, who rocked a fringe dress, silver cowgirl boots, and a leather bolero. Others seem to nod more toward the flashy locale. For instance, Carrie Underwood wowed at the 2019 ACMs in a black metallic gown with two dramatic slits up the front. And we always look forward to seeing what Kacey Musgraves wears.

This year, we’re keeping an eye out to see how New Female Artist of the Year nominees Ingrid Andress, Gabby Barrett, Lindsay Ell, Caylee Hammack, and Tenille Townes choose to style themselves for a potential winning moment.

Keith Urban moved from Australia to Nashville way back in 1992. In the time since, he’s become one of the biggest stars in country music and, thanks to his stint as an American Idol judge, we know he has a fantastic screen presence. So, can we just say how stoked we are the Academy is handing him the reins.

“As if having a new song out today wasn’t enough, I also get to host the ACMs in April,” Urban, alluding to his just-released track “God Whispered Your Name,” said in a statement. “I’ll tell you — this year already feels like the most creative and energized year of my life… and there’s so much more to come. Incredibly grateful — and ready to roll!”

Seeing all the ladies of country kickass

We think we can all agree that our Best New Female Artist @ashleymcbryde has proven them all wrong. #ACMawards

Listen, we love the guys of country music, too. But it’s no big secret that there’s long been a major imbalance in the genre when it comes to both airplay and major award recognition between the sexes. Happily, women are represented in every main award category they are eligible this year. However, there is still only one female nominee up for Entertainer of the Year (Carrie Underwood). There are two for Album of the Year (Maren Morris for GIRL, and Miranda Lambert for Wildcard).

Women like Underwood, Musgraves and many more badass ladies of country have been on the frontline calling attention to the disparity that exists in the genre. For context, women account for only about 10 percent of airplay — and subsequently, chart positions — in country music. So, yeah, we’ll say it: We’re rooting for the ladies to take home the major hat trophies this year.

“Saturday Nights” with @kanebrown_music and @thegr8khalid are what our #ACMawards dreams are made of.

Typically, the Academy announces performances for the ACMs in waves. At this very moment, they haven’t yet revealed anyone taking the stage to sing. That isn’t keeping us from perhaps looking forward to this part of the night the most. In addition to seeing some of our country favorites perform their biggest hits from the year, there are always killer collaborations.

Remember when This Is Us star (and country newcomer) Chrissy Metz gave a powerful performance of “I’m Standing With You” alongside Carrie Underwood, Lauren Alaina, Maddie & Tae and Mickey Guyton last year? Or how about Kane Brown and Khalid’s genre-busting duet? This year’s show is sure to include a heavy-hitting lineup of performers.

Great performers 2nite like @carrieunderwood on Salute to the Troops on @CBS. Honored 2 be a presenter! 9pmET/PT #ACM pic.twitter.com/OrnFZMA4ZR

This may seem like a strange thing to include but hear us out. Who is chosen to present awards in any given year is basically a barometer for what’s happening in pop culture. Game of Thrones‘ star Nikolaj Coster-Waldau presented last year, at a time when the series had just ended and everyone was still buzzing about it. Dennis Quaid, who was promoting both his movies and music, also took to the podium.

But aside from presenters pulled from pop culture, there are usually also a few big current country music sensations in the mix. And here’s where we like to play the “who would make a great host for next year’s show?” game.

A quick audience check in with this power double-date! #ACMawards

Oh, admit it, you’re just as guilty of this as we are! It’s impossible not to be a little curious about who single nominees are bringing as their dates. Last year, Miranda Lambert and her brand-new NYPD officer husband Brendan McLoughlin made their official red-carpet debut at the ACMs. McEntire brought her then-new boyfriend Anthony “Skeeter” Lasuzzo (they’ve since split).

Admittedly, we’ll also be keeping an eagle-eye out for any awkward run-ins between exes. For instance, this year Blake Shelton is up for four awards and Miranda Lambert is up for three. So, there’s a safe assumption they’ll both be at the ACMs with their current significant others — Gwen Stefani for Shelton and McLoughlin for Lambert. Will it all go off with a hitch? Will they get wrangled into a photo opp? Will the camera annoyingly pan to one anytime the other is mentioned? We’re staying tuned.

Last but not least, it’s always interesting to see what celebrities who aren’t in the country music sphere or country music-adjacent will attend. Nicole Kidman is obviously a Hollywood A-lister who routinely accompanies Urban to the ACMs but, you know, they’re married and Nashvillians. But seeing which other stars cashed in their complimentary invites to the show says a lot about who’s listening to country music on repeat at home.

Details in this article were accurate at the time of publication.

Before you go, click here to see which country music couples have been together forever.