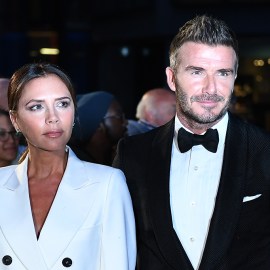 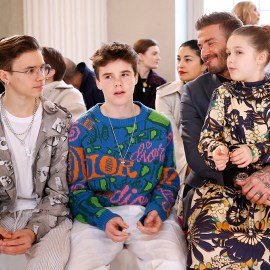 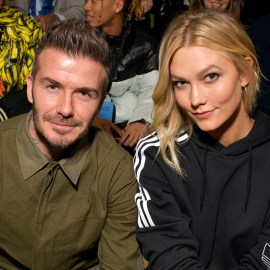 Baby Archie is one lucky kid — just ask David Beckham! The iconic soccer star is singing the praises of his pal Prince Harry as a dad and, c’mon, this isn’t a hard sell, right? The Duke of Sussex looks like an incredible father just based on the few photos and videos of him with his 9-month-old son that have been made public. But it’s still heartwarming to hear how hands-on Harry is as a parent from someone who knows him personally.

During a new interview, Entertainment Tonight‘s Rachel Smith asked Beckham if he’d touched base with his longtime friend about the Sussexes’ recent relocation to Canada. “I haven’t spoken to Harry about him moving. We speak as friends and that’s the most important thing for me. I think he’s enjoying being a young father for the first time and that’s what we always spoke about. When you are a parent, it changes everything for you. He always needs to be happy,” said Beckham.

But he went on to give Harry glowing praise for always putting Archie first. “We love him and he’s an amazing person — and that’s the most important thing — but I’m proud to see him growing up as an individual and being that person that every father wants to be,” he emphasized. “Every father wants to be loving to their children, and that’s what I see with him.”

“Wishing you all a very Happy New Year and thanking you for your continued support! We’ve loved meeting so many of you from around the world and can’t wait to meet many more of you next year. We hope 2020 brings each of you health and continued happiness.” – The Duke and Duchess of Sussex Special thanks to Chris Martin and @Coldplay for allowing us to use one of their songs Photo and video © SussexRoyal Thanks to PA for additional images and footage

Beckham and Harry reportedly first met back in 2010, when Harry and Prince William attended an FA reception. In William’s words, he and his little bro behaved “like idiots” and tried to get Beckham “in on the act.” However, that tomfoolery (yes, we just said tomfoolery, and we stand by it) apparently laid the groundwork for a great bromance. Beckham and wife Victoria Beckham were two of the celebrity guests at Harry and Meghan Markle’s 2018 wedding.

Perhaps that means we’ll see Harry, Meghan and Archie supporting their soccer-loving pal by attending a game soon — Beckham just became co-owner of a new Major League Soccer team, Inter Miami. They’ll even square off against the Canadian franchise Montreal Impact, which sounds like a great potential meet-up moment for Beckham and his royal pal.

And since Harry is now a dad like Beckham, he can surely appreciate Beckham’s motivation for becoming involved with the North American league. “We’ve always said that this is not a vanity project for us,” he told ET of starting the team with co-owners Marcelo Claure, Jorge Mas and Masayoshi Son. “This is a legacy. It is what we want to create for our children. We want our children to turn around in 10, 15, 20 years and say, ‘Our dads built this.'”