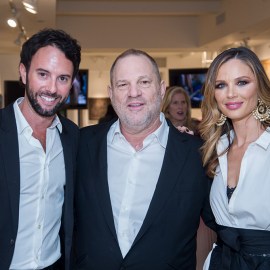 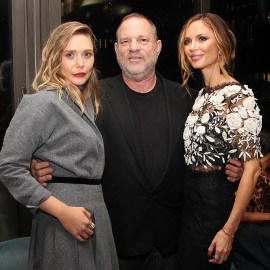 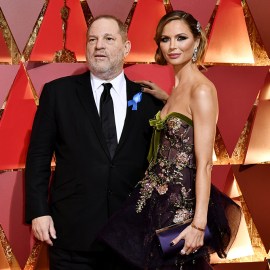 President and CEO of the Time’s Up Foundation Tina Tchen issued the following statement about Weinstein’s sentencing: “First and foremost, we are grateful for the courage and strength of Mimi Haleyi, Jessica Mann, Annabella Sciorra, Dawn Dunning, Tarale Wulff, and Lauren Young, who bravely testified in court, and we remain in solidarity with the more than 100 survivors who suffered abuse, harassment, and rape at the hands of Harvey Weinstein.”

“We also hope that these women take pride in knowing the impact they have had on our culture at large…the social change catalyzed by these survivors has been nothing short of transformational.”

On February 24, 2020, the jury reached a verdict in Harvey Weinstein’s rape trial in Manhattan. The New York Times reports that Weinstein has been charged with criminal sexual act in the first degree and rape in the third degree. He was found not guilty of the two most serious charges against him, predatory sexual assault.

Weinstein faced five felony charges in total of rape, criminal sexual act, and predatory sexual assault. The jury deliberated for over four days before reaching a decision, asking on their fourth day of deliberations whether they could submit a partial verdict. The jury was undecided longest on the most serious counts of predatory sexual assault, which carry maximum penalty of life in prison. Weinstein has now been acquitted on those charges.

Breaking News: Harvey Weinstein was found guilty on 2 charges, including rape, after a trial in which 6 women testified in detail that he had attacked them.https://t.co/Mk9b6Gglz9

Tina Tchen, president and CEO of the Time’s Up Foundation, issued the following statement: “This trial — and the jury’s decision today — marks a new era of justice, not just for the Silence Breakers, who spoke out at great personal risk, but for all survivors of harassment, abuse, and assault at work. We owe a debt of gratitude to Mimi Haleyi, Jessica Mann, Annabella Sciorra, Dawn Dunning, Tarale Wulff, and Lauren Young and all the Silence Breakers for their bravery and resolve as they faced this man in court. We continue to believe them — all of them — and continue to be in solidarity with them.”

Weinstein’s trial began in January 2020. A total of six women testified in court that he had sexually assaulted them, though many, many more have come forward in the press to tell their stories. The charges against Weinstein in this trial concern only two women: Miriam Haleyi, a former production assistant who says Weinstein forced oral sex on her in 2006; and Jessica Mann, a former aspiring actress who says he raped her in a hotel in 2013.

In October 2017, years of swirling rumors and accusations swept under the rug came pouring out as The New York Times and The New Yorker published explosive accounts from women claiming Weinstein had assaulted and harassed them. Since then, the number of women reporting Weinstein’s abuse has only grown, and he continues to face new criminal charges for his actions.