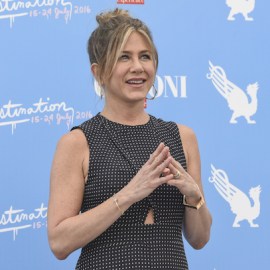 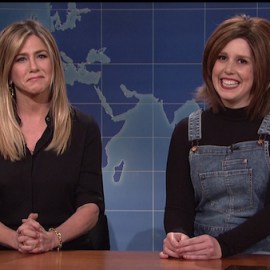 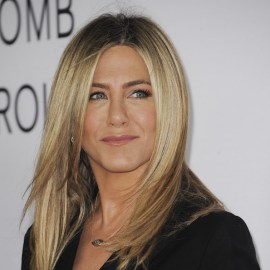 Last night, the cast of Friends nearly broke the internet with the highly anticipated news of a reunion special. The show’s cast, including Jennifer Aniston, Courteney Cox, and Lisa Kudrow, took to their Instagram pages to confirm that all six original cast members will be reuniting for a reunion show that will air on HBO Max.

“It’s happening,” read the caption on each of the star’s pages along with a photo of the six cast members from way back when.

But it seems as though the exciting news overshadowed the hilarious joke that Matt LeBlanc made in the midst of it all. The actor also took to his Instagram page, but instead of sharing a Friends cast photo, he opted to share a cast photo from the show M*A*S*H. LOL!

“Oh no…No no no NO LeBlanc! Could that BE more NOT what we said to post???” Aniston commented on her co-star’s page.

The news of a reunion special has been a long time coming. Back in November, there were reports that a special could be in the works, but it was unclear if all cast members were officially on board.

“I would love for there to be something, but we don’t know what that something is,” Aniston said at the time. “So we’re just trying. We’re working on something.”

But now that it’s official, fans couldn’t be any more excited.

“Guess you could call this the one where they all got back together. We are reuniting with David, Jennifer, Courteney, Matt, Lisa, and Matthew for an HBO Max special that will be programmed alongside the entire Friends library,” said Kevin Reilly, chief content officer, HBO Max and president, TBS, TNT, and truTV, in a statement. “I became aware of Friends when it was in the very early stages of development and then had the opportunity to work on the series many years later and have delighted in seeing it catch on with viewers generation after generation. It taps into an era when friends and audiences gathered together in real time and we think this reunion special will capture that spirit, uniting original and new fans.”

Love Friends? Check out some of Jennifer Aniston’s greatest quotes.