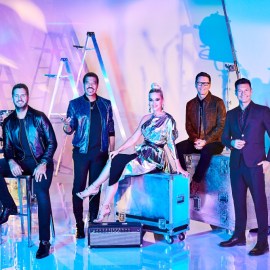 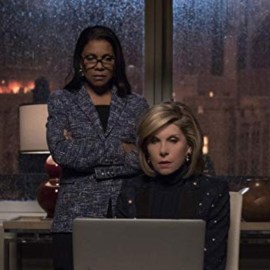 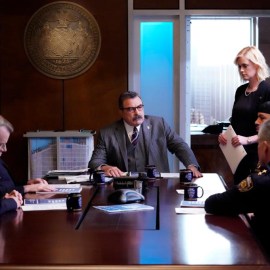 Outlander is finally back and Season 5 starts off with a whole lot of love. Jamie and Claire’s daughter, Brianna, gets married. The best part? The flashback scene to Jamie and Claire’s iconic wedding. Enjoy the happiness as it only lasts seven seconds on Outlander.

And Brianna marries Roger — they really want us to be happy about this. I am not. Don’t get me wrong — Jamie, Claire, wedding — three magic words. But Roger is the groom. Who hates Roger more than me? Jamie. Frucking. Fraser. And it’s everything. There is literally no scene in which Jamie talks about or interacts with Roger without showing a proper amount of shade.

Roger is the worst. He is a misogynistic hypocrite bro and slut-shamer. Quick review, Season 4: Bree wanted to have sex with him and he was like, “Nuh uh gurl, not til you marry me.” And then Bree said, “Whoa too early,” and he got mad and basically called her a slut. Bree then called him out on his hypocrisy because guess what? Rog has slept with other women. I could slut-shame Roger, but I won’t because I’m better than that.

And his Season 4 MoWalk did not redeem him for me. Why? Because Roger, your “true love’s” parents, who basically went on a super long 700 mile, six-month-long hike to rescue you, told you she was assaulted and pregnant. And you whimpered and said it was too much to take in and didn’t go back to her. Unforgivable Roger. Swipe hard left on you.

Okay, Roger rant over for now. Moving on to episode highlights:

While Roger and Bree are saying their vows, Claire and Jamie flashback to their wedding, proving that Roger and Bree bore even Jamie and Claire! *Easter Egg* If you watch the producers and writers’ after-episode discussion, they show some footage of Jamie and Claire in the background of Roger and Bree’s wedded kiss, that didn’t make it into the episode. Let’s just say it should have.

During the wedding reception, Claire drinks whiskey and watches the baby. Best grandma ever? Has anyone made a Claire drinking montage for the last 5 years? Please get on it, fan montage-making-people. I really needed a Jamie and Claire wedding dance scene, which we didn’t get. But promos do show that in some future episode, Jamie is dancing. Is there another wedding?

This is also when we get a hint of Roger and Brianna’s conflict for this season. Roger thinks they’re going back to the future. You’re not, Marty McFly MacKenzie. Brianna has her kid, and her parents. Sure no flushing toilet. But she’s not going to want to leave her parents.

Brianna gets the worst wedding gift when she overhears Jamie say that her rapist, Stephen Bonnet, is still alive. I think we all knew when that slimy wank reached for the keys left on the jail floor last season we’d have to deal with him again.

The Kilt is Back

Jamie kilts up for the first time in a long time. Sam Heughan just has to don a plaid skirt and all is well in the world. Note to all interviewers and fans: Do not ask that poor man what’s under his kilt. It’s weird. And not cool. Would you ask Caitriona what’s under her skirt? Nope, you wouldn’t. And if you did, you’d be a creep. The same applies to Sam.

Finally, the best scene of the entire episode is a tri-love scene montage with Jamie/Claire, Jocasta/Murtagh and Bree/Roger set to Roger singing “L.O.V.E.” The montage intercuts each couple with the wedding guests still dancing. Did they all leave their wedding party to go have sex? Yes. They. Did. If Fraser’s Ridge is Rockin, don’t come — poor choice of words.

Back to Jamie and Claire — turns out they are hilariously bad babysitters. Since Roger and Bree are enjoying their wedding night, they are on grandson watch for the night. They put the baby down to sleep, and then try and have quiet sex. LOL. Historically, quiet is not their strong suit. And that baby was having none of it, crying non-stop. Only these two could have a super hot and super funny love scene. Well done. Their grandchild tried very hard to Claire-block Jamie. See what I did there? Please tell me at some point this season Brianna walks in on her randy parents.

In fact, in a Starz Outlander panel, Caitriona Balfe revealed, “Originally (in the script), the baby was supposed to be in the basket next to the bed (while Jamie and Claire are having sex)! That’s just weird!” In Jamie and Claire’s defense, there weren’t baby monitors back then, so….

Jamie’s Ordered to Kill His Godfather

After all the wedding joy, the doom starts to seep in. Jamie’s ordered by the British Red Coat-wearing Tryon to find and kill Murtagh. So Jamie puts on his kilt, gives an inspirational Scottish speech and then asks the men to make some supportive loyalty pledge. He holds out his hand to Roger, and you guessed it, he blows that too! Just stands there like the Roger he is. Then Jamie is like, “Roger you need to protect our family.” And Roger steps up (ish).

Fun fact: The clan pledge the men say to Jamie is also the speech Jamie gave to Claire in Season 1, Episode 9 “The Reckoning” when he was trying to apologize for spanking her. Hearing Roger say these words did nothing for me. He can’t sing his way out of this one.

Season 5 is off to a strong start with Claire and Jamie front and center, but Outlander loves to give us fleeting happiness, so let’s just hope the looming Revolutionary War doesn’t separate our favorite couple for another 20 years.

Click here to see what other TV shows you should be watching.