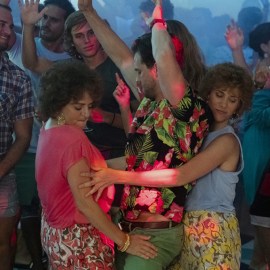 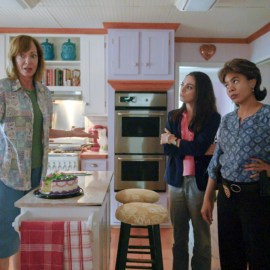 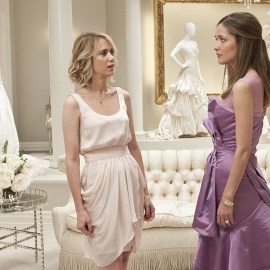 Fantasy Island is back — but it’s not the time-traveling TV show you remember. In Blumhouse’s Fantasy Island, the 2020 iteration of the show that aired in the late ’70s and early ’80s, the mysterious island run by Mr. Roarke isn’t just a wish-fulfillment factory with the odd sinister twist. It’s an all-out house of horrors, and a thoroughly modern take on the show’s genre-bending premise.

Feeling nostalgic for the original series and wondering whether the reboot will scratch that itch? Here are the biggest differences between Gene Levitt’s show and Jeff Wadlow’s new movie.

Mr. Roarke Still Runs the Island — But Tattoo Is Gone

The character of Mr. Roarke, originally played by Ricardo Montalbán, has been taken over by Michael Peña. And this time, he’s operating without the help of sidekick Tattoo. Actor Ryan Hansen has hinted that he may appear in future film installments, and there’s a reference to his catchphrase “the plane! the plane!” at the opening of the 2020 film.

The film shows Roarke with a new assistant: Julia, played by Parisa Fitz-Henley.

“Be Careful What You Wish For” Takes On a New Meaning

In the ’70s show, guests’ fantasies could — and often did — take a dark turn. Mr. Roarke frequently warned his guests that, once a fantasy had begun, he was powerless to stop it from playing out to its conclusion. (In reality, he did often intervene.) In the movie, the guests’ fantasies are explicitly structured to turn into the stuff of horror films.

In the series, guests might request fantasies that could naturally become dangerous, like one guest who wanted to research Jack the Ripper up close. But in the movie, the danger doesn’t come from following a storyline to its conclusion — the danger is entering the fantasy at all.

The Guests Will Interact with Each Other’s Fantasies

“On the show, the storylines never crossed,” director Wadlow explained of the original series. “They would have two fantasies, and it was done in a way that they could be cut into half-hour episodes and sold that way.” But in the movie, co-stars Lucy Hale, Maggie Q, Portia Doubleday, and Ryan Hansen will find their fantasies coming together.

The Movie Takes on Influencer Culture and Social Media Bullying

Hale is an Instagram star in the new movie, obsessed with social media and seeking revenge on a bully from her past. The Pretty Little Liars star describes her character as “just trying to get WiFi and post her latest Instagram photo” — but obviously, she’s forced to reevaluate priorities when things take a dark turn.

Fantasy Island is now in theaters — just in time for your Valentine’s Day date.