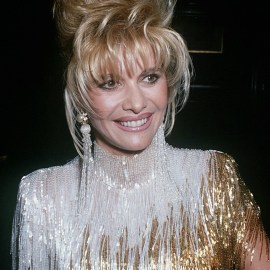 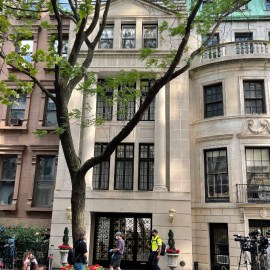 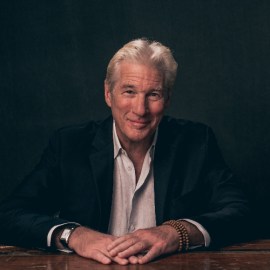 Kim Kardashian just took fans on an Instagram tour of the Kardashian-West kids’ playroom, and it’s basically the stuff childhood dreams are made of. Kardashian and husband Kanye West have been sharing more glimpses inside their 60-million-dollar mansion recently, and fan feedback has often focused on how sparse the “futuristic” home feels. But Kardashian is here to prove her home is a veritable wonderland of color and character… in the kids’ quarters.

“You guys always say my house is so minimal. Well, you guys haven’t seen my playroom,” she started a video tour of the space that she shared in her Instagram Stories. In the series of clips, Kardashian also shares how her kids use the enormous area outside of fun and games (there’s an entire area devoted to learning). Suffice it to say, the Kardashian-West kids — North, 6, Saint, 4, Chicago, 2, and Psalm, 9 months — are living a charmed life.

Not surprisingly, there are quite a few big-ticket items in the play space that most of us don’t have room for—but there are some affordable items, too. So, we’re sharing a bit of both in case you want to recreate your own version of the Kardashian-West playroom. While we can’t confirm everything here is the exact brand/model mentioned in the video tour, it’s close enough for you to feel like you’re, ahem, keeping up with the Kardashians.

Kardashian kicks off her tour with a wide shot of the playroom, showing a super-chic kids’ ball pit and slide in the center of the room.

According to Kardashian, her kid “often have band” on their play stage. Fortunately, they have some pretty fancy pillows to lounge around on (the larger Takashi Murakami cushions range from $600 to $6,000).

The Kardashian-West kids have a built-in projector in the playroom so they can watch their favorite movies while they have fun. Don’t worry; you can buy a standalone projector so you don’t have to retrofit your kids’ space.

North is a big fan of karaoke, which makes sense given her dad’s a major player in the music industry. Plus, remember Kardashian’s brief-lived singing career?

Um, how cute do you think baby Psalm is sitting in this chair and babbling at Big Bird? Because we think super-cute. Bonus? It’s on clearance right now.

There are toys aplenty in the playroom and many of them focus on getting the kids moving and engaged in the arts.

What little girl or boy wouldn’t love this idyllic dollhouse? Judging by the disarray inside, Kardashian’s kids put it to good use.

If you have a girl between the ages of six and 12, you undoubtedly understand what Kardashian means when she says North is “obsessed” with these OMG dolls.

This baby doll pram is a bit pricey, but you can easily find more affordable versions on Amazon. As it is, North’s dolls have a sweeter ride than we do!

There are several spaces in the playroom devoted to art, so there could be at least one budding Picasso in the fam.

According to Kardashian, this mini-library contains books and other “educational stuff.” It’s adjacent to the table they sit at to do with homework.

We couldn’t track down the exact ice cream parlor play set Kardashian’s kids have, but this one is close and equally cute.

Chicago’s section of the playroom is arguably the most impressive because it contains a full kitchen and grocery store! She even has a farmhouse sink.

Kardashian was understandably impressed by Chicago little play grocery store. Not only does it scan food, but it even rings the food up and has the shopper sign the card screen to buy. And now we want one, TBH.

While we probably aren’t going to plunk down over $600 on a Kaws Companion Flayed Figurine for our kids, we do think it’s extremely cool that Kardashian and West are fostering a love for different art styles in their kids from an early age.

Ah, from Kaws to Moana. This Disney character is popular with all kids, right? In the Kardashian-West household, she is apparently an expert equestrian.