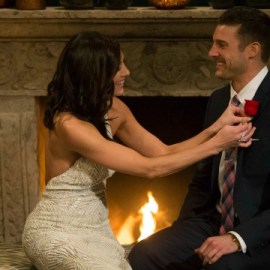 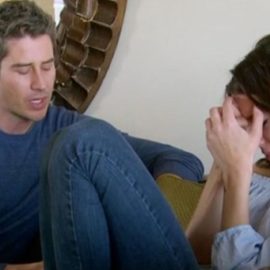 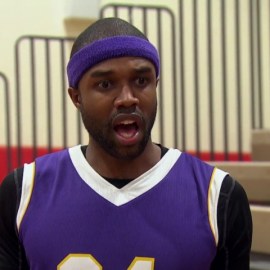 All the <em>Bachelor</em> Scandals Through the Years 12 Images

We all know there’s a twist coming at the end of this Bachelor season. For one thing, no one has ended a Bachelor or Bachelorette season without an “unexpected twist” since Arie Luyendyk Jr.’s last-minute switch. But for all our skepticism, if this new Reddit theory is true, it actually will be the most dramatic season ever. Reddit thinks that Peter Weber ends up with a Bachelor producer — and their evidence is compelling.

As this season has aired, previews of the finale and interview comments by Chris Harrison, Peter, and ABC executives have all explicitly said that something major happens to throw a wrench in Peter’s love story. Fans have been scrambling to figure out what that means. Does Peter get engaged, and then change his mind like Arie? Does he end the show early, like Colton? Or will he get new information after shooting that changes everything, like Hannah B.?

Reddit’s answer? None of the above. On a thread posted on February 7, one user wrote: “I feel 98% confident that Peter winds up with a producer, Julie LaPlaca.” They proceed to point out Instagram photos of LaPlaca spending time with Peter’s family on New Year’s Eve, one of LaPlaca in a Seahawks hat (Peter’s favorite team), and a photo of Peter in which LaPlaca is tagged, with the caption: “an unexpected ending indeed.”

LaPlaca has gotten friendly with other Bachelor and Bachelorette contestants previously, so it’s not totally strange that she would appear on his social media. She posted a photo of the two of them back in December — which seems like a suspicious move if she’s trying to hide their top-secret romance.

Other theories for this season’s crazy twist include yet another Hannah B. comeback — because ultimately, a big part of the reason people are liking this theory of Peter with a producer is that we’re just not buying the chemistry he has with his contestants. “On the previews he says he’s ‘crazy in love with her,'” the original Reddit post says.
We are down to 6 (I think?) girls and and he doesn’t even seem a little bit in love with any of them yet. Not crazy since they don’t get a ton of time together, but he gets tons of time with his producer… My guess is that she leaves because she doesn’t want to see him get engaged to someone else, and he winds up going after HER.”

This theory has gotten so big that even ABC executives are weighing in. Robert Mills, their senior VP of alternative series, specials & late-night programming said this to Entertainment Tonight: “I’m not going to confirm or deny about whether he ends up with a producer! I don’t know how we’d ever top that though! But, it is crazy.”

Either way, Chris Harrison tells Peter something right before he proposes that shakes him to his core. And while this season has in some ways felt endless, we’re also counting the days until we find out.

Click here to see more Bachelor scandals through the years.