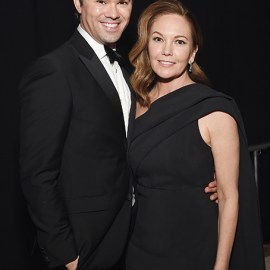 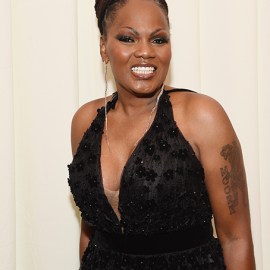 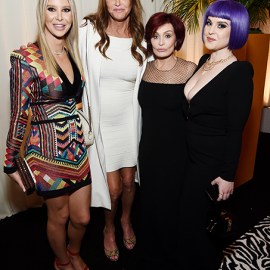 Beyoncé and Jay-Z threw what seems to have been the greatest Oscars after party of all time — so where, I ask you, are the photos?! After much careful research, the answer has become clear. The photos are nowhere; in fact, they never existed to begin with. Beyoncé and Jay Z have a strict no-photos rule for their ultra-exclusive parties, but don’t worry: one source from inside the party has already come forward with details, and stars like Reese Witherspoon, Jennifer Lopez, Rihanna, and more couldn’t resist posting their party looks before setting out. Let’s take a look.

Beyoncé and Jay-Z’s photo ban isn’t a new rule. Game of Thrones star Emilia Clarke confirmed it was enforced at last year’s post-Oscars bash too. On The Graham Norton Show, Clarke explained the set-up: “This is the last picture you’ll take. When you go down the stairs you’ll see a sign that says that. No phones, no social media, no nothing. Then you get in and you’re like, That’s why. It’s hallowed ground.”

For this year’s party, many guests likely anticipated the social media ban and posted their outfits from home. In addition to Witherspoon, Lopez, and Rihanna, we have Instagram evidence from Chrissy Teigen, Kate Hudson, Gabrielle Union, and more. “Only @beyonce could get me out of the house past 11pm…” Witherspoon wrote.

“Omg we will see you there,” Mindy Kaling responded. “Meet us at the bar!!” Union added.

We may or may not include the dog in our afterparty adventures.

E! News reports that other party guests included Natalie Portman, Jessica Alba, America Ferrera, and Lin-Manuel Miranda. A source from inside describes the party’s theme as a cross between Houston and Brooklyn (Beyoncé and Jay-Z’s hometowns) with a dive bar touch: “It wasn’t overly extravagant and it seemed like they wanted everyone to feel casual.”

Casual may have been a tough ask for these party-goers, who were reportedly elated just to be in Queen Bey’s presence. “Everyone was around her, and bowing down to her,” the source continued. And Beyoncé and Jay-Z’s music was heavily featured too, inspiring a few impromptu singalongs from their musical hosts.

“[Beyoncé] even got on the mic at one point and sang a few lines and remixed ‘Brown Skin Girl’ and ‘I Care,’ with a few other songs of hers,” the source said, adding that Jay-Z also rapped the lyrics of “I Just Wanna Love You” on the mic. “Everyone was dying over this and was jumping up and down loving it. Beyoncé and Jay-Z definitely were putting on a show while playing their greatest hits. They took turns passing the mic while blasting their favorite songs from their hits. It was all about them.”

changed for the night!! @Beyonce if there is any, any way you’re reading this please just know I stare at you and don’t talk because I am truly so nervous to say something stupid but we love you and thank you so much!!! (Love to @hairinel and @novakaplan and @monicarostyle for late night glam!!)

While everyone who snagged an invite to this party is presumably on good terms with Beyoncé, there were a few guests she seemed especially excited to see — like Reese Witherspoon. “It seemed like they were besties,” the source said, describing Witherspoon and Beyoncé sharing a hug. “They were both really excited to see each other.”

Charlize Theron also got a one-on-one moment with Beyoncé: “Charlize said hello to Jay and Beyoncé and they all hugged. They all seemed excited and had huge smiles.” And of course, Rihanna made her mark on this party too.

“[Rihanna] arrived with two girlfriends and was the life of the party upon entering,” the source told E! News. “Jay and Beyoncé were so excited to see her! There were endless bottles of Ace Of Spades and D’Usse around the entire party and Rihanna immediately grabbed herself a glass. She gave Jay a huge hug and they chatted for a bit…Everyone wanted to say hello to her and she seemed overwhelmed at times.”

What other details do we have? Snacks included avocado bites, chicken empanadas, and New York style pizza, and attire varied, with some stars wearing jeans and others going full glam. Mostly, it sounds like a Beyoncé-themed party thrown by Beyoncé, for Beyoncé. In other words: the perfect night.

Click here to see more after-party pics from the 2020 Oscars.