Lori Loughlin and husband Mossimo Giannulli have been battling legal woes for nearly 12 months now and new evidence continues to emerge — evidence that does not bode so well for their family.

As originally reported on People, an alleged fake resume that appears to show doctored accomplishments has just been released by prosecutors. The resume lists alleged athletic achievements of one of Lori Loughlin’s daughters, and while the document doesn’t name which daughter, Olivia Jade or Isabella Giannulli, the resume is for, the high-school graduation date listed is in alignment with Olivia Jade’s graduation.

According to the resume, Miss Giannulli was an award-winning crew athlete (let’s note here that prosecutors say neither daughter has participated in the sport). Accolades listed include gold-medal and silver-medal wins at the San Diego Crew Classic going as far back as 2014, and a list of rowing-related “skills” that include “awareness, organization, direction and steering.” 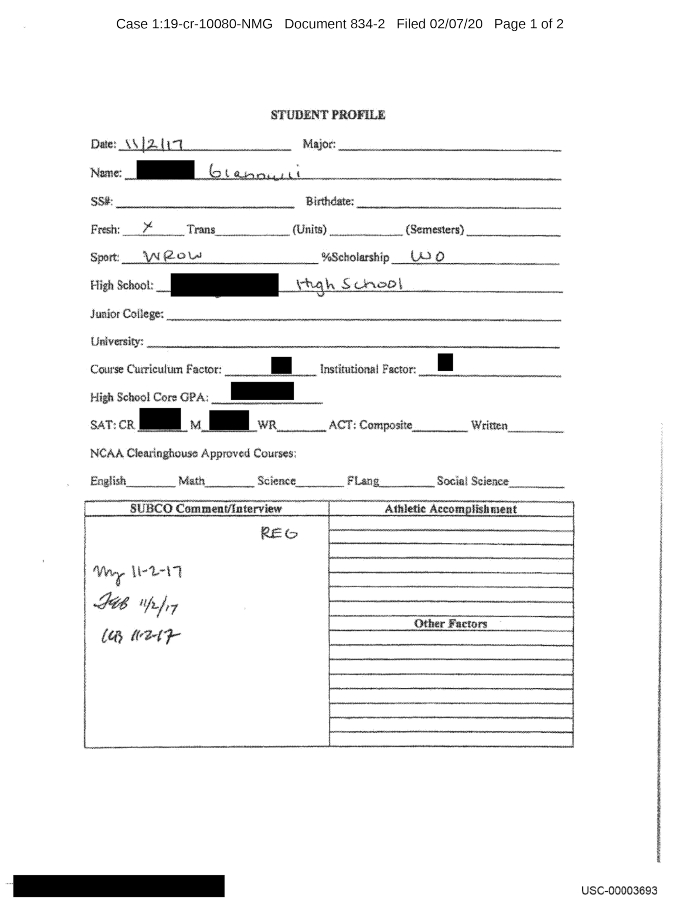 The resume goes on to say of this athlete, “Her sister is currently on our roster and fills the position in our #4 boat,” — as if one of Loughlin’s daughters were already on the team. The resume indicates that Miss Giannulli, while being a non-scholarship athlete, “is highly talented and has been successful in both men’s and women’s boats.” 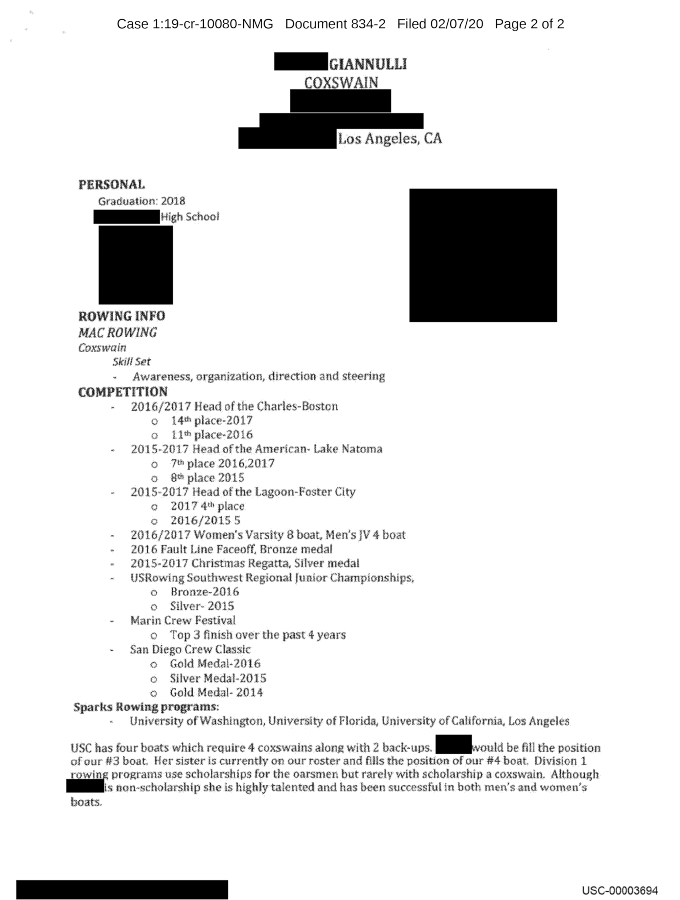 Loughlin and husband, Mossimo Giannulli, have been accused of paying $500,000 for their daughters’ admission to USC as athletic recruits for the crew team, and they could face up to 45 years in prison. Loughlin and Giannulli have entered a not guilty plea for conspiracy to commit fraud, money laundering, and bribery and their lawyers have argued the couple thought their payment was a legitimate donation to the university.