Say cheese! Kate Middleton recently attended the National Portrait Gallery’s Hospital Programme at the Evelina London Children’s Hospital for a creative workshop for children and turned one little boy into a photographer. The event was established to show how art can aid in children’s happiness and health, and the mother-of-three appeared joyful as she worked with the kids on doing just that.

At one point in the event, the 38-year-old was handed a beautiful red and white wreath, which she proudly posed with while a 10-year-old heart patient, Luke Wheeler-Widdison, snapped her photo on a blue polaroid camera. The little boy appeared over-the-moon with excitement as he examined his printed photo with pride. 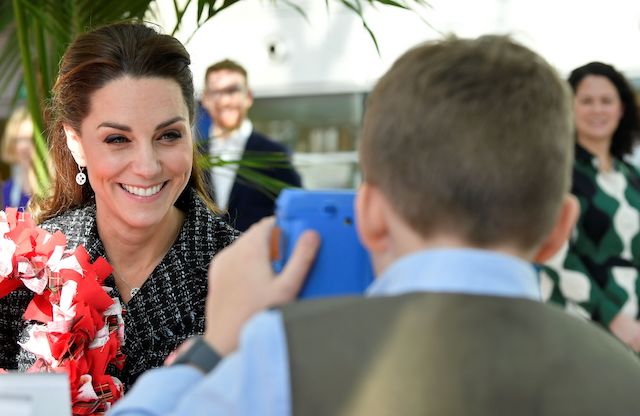 Later on, Luke’s four-year-old sister Savannah was seen gazing at the polaroid photo alongside The Duchess. 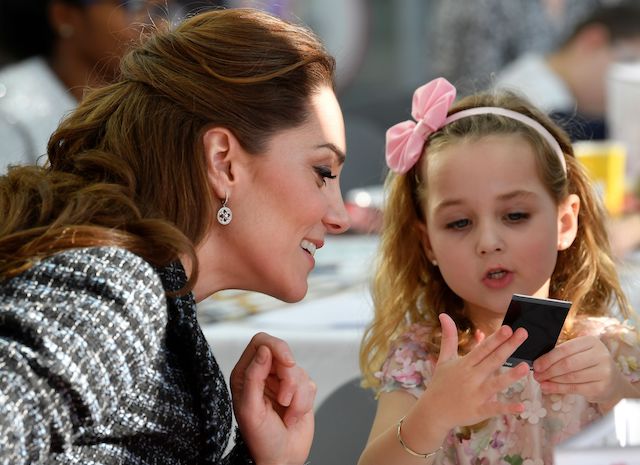 Throughout the event, Kate was seen grinning ear-to-ear as she worked with the children on various art projects. At one point, she was seen gazing lovingly at a child who was using a glue stick to complete her work of art. Later on, she was seen on bended knee-shaking hands with a sweet little girl who appeared to be in awe of the royal.

It looks like she — and the children at the event — had an incredible time!