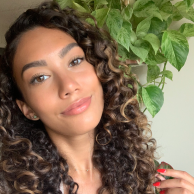 When you’re Queen Bey, you don’t owe anyone your presence unless you really have a reason to show up. Well, it looks like these photos of Beyoncé and Jay-Z at the 2020 Golden Globes prove that her nomination with the cast of the live-action Lion King was just enough of a push to get her to grace us all with her appearance. And whew, are we grateful! Look, we’ll take any sighting of the Carters that we can get — although Bey’s photo series on Instagram are a great way of holding us over most days. (Anybody else look at them when they need a boost? I thought so.)

The couple surprised fans when the Golden Globes broadcast turned to them as they stood on their feet for a winner. Bey wore a form-fitting black dress with massive, poofy sleeves, while her husband dressed in a classic black tuxedo. The “Formation” singer complemented her look with straight honey-blonde locks. Given that neither Bey nor Jay-Z walked the red carpet, the moment was a shock to fans, who took to Twitter to express their surprise at Queen Bey on their TV screens.

“@Beyonce and Jay-Z just walked in. They’re waiting until Kate McKinnon finishes speaking to take their seats. Is their bodyguard carrying bottles of alc for them?” Los Angeles Times reporter Amy Kaufman, who attended the Golden Globes, tweeted.

Denny Directo, a producer for Entertainment Tonight, wrote, “BEYONCE MADE IT! BE LATE BUT MAKE IT FASHION!”

. @Beyonce and Jay-Z just walked in. They're waiting until Kate McKinnon finishes speaking to take their seats. Is their bodyguard carrying bottles of alc for them? pic.twitter.com/eeB7NPHW4g

Beyoncé is no stranger to the Globes. She made her first appearance on the Golden Globes’ red carpet over 20 years ago, but it wasn’t until 2006 that she attended as a nominee. Bey’s impressive role in Dreamgirls landed her not only her first-ever Golden Globe nomination — but two. At the time, she was up for Best Performance by an Actress in a Motion Picture Musical or Comedy and Best Original Song in a Motion Picture for “Listen.” The next time Beyoncé showed up as a nominee was only two years later for another Best Original Song in a Motion Picture, with her song “Once in a Lifetime,” inspired by the film Cadillac Records.

Fast forward to a decade later, and Bey is still reigning. This time, her talents are being recognized with a nomination for “Spirit,” a song featured in 2019’s The Lion King and her aptly-titled soundtrack album, The Lion King: The Gift. While the music icon spent the better part of her year working on and releasing the film and album, she’s over the need for awards show validation. In Elle’s January 2020 cover story, Bey confessed “Success looks different to me now,” and that “being ‘number one’ was no longer my priority,” after she experienced miscarriages.

This story was originally published on Stylecaster.