Tonight’s the night! The 77th Annual Golden Globe Awards celebrates the best of television and film — but let’s face it, it’s all about the fashion. And Hollywood’s hottest stars didn’t disappoint. The prestigious awards show kicked off with plenty of memorable A-listers arriving in style, including Sofia Vergara, Nicole Kidman and Rita Wilson. Charlize Theron, who’s nominated for Best Actress for her knockout performance in Bombshell, dazzled on the red carpet in her off-the-shoulder green and black ensemble, while Jennifer Aniston, who’s up for Best Actress in a Television Series Drama for her work in Apple TV’s Morning Show, looked stunning in a classic black number with just the right amount of frill. But they weren’t the only ones who turned heads tonight.

While some stars played it safe with simple, yet elegant looks, several stars, like Jennifer Lopez, Sofia Carson, and Kerry Washington, stepped things up a notch and turned quite a few heads in the process.

Read on for the most daring red carpet looks from the 2020 Golden Globe Awards.

Va va voom! The actress left little to the imagination when she hit the red carpet tonight, and it was working for us. 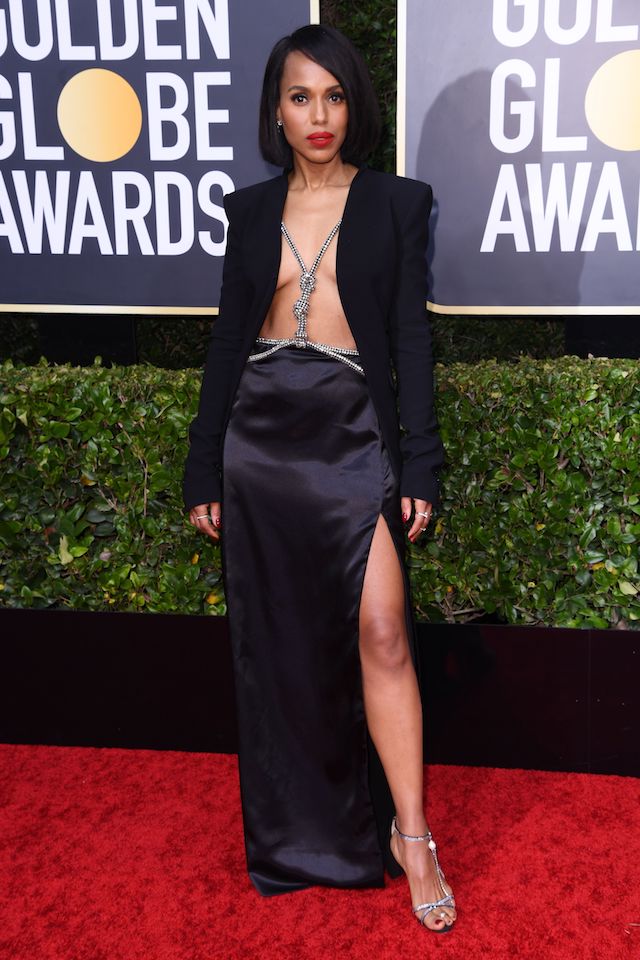 The holiday season has come and gone, but JLo still wrapped herself up like a beautiful present for the Golden Globes. And why not? She’s a gift to us all! 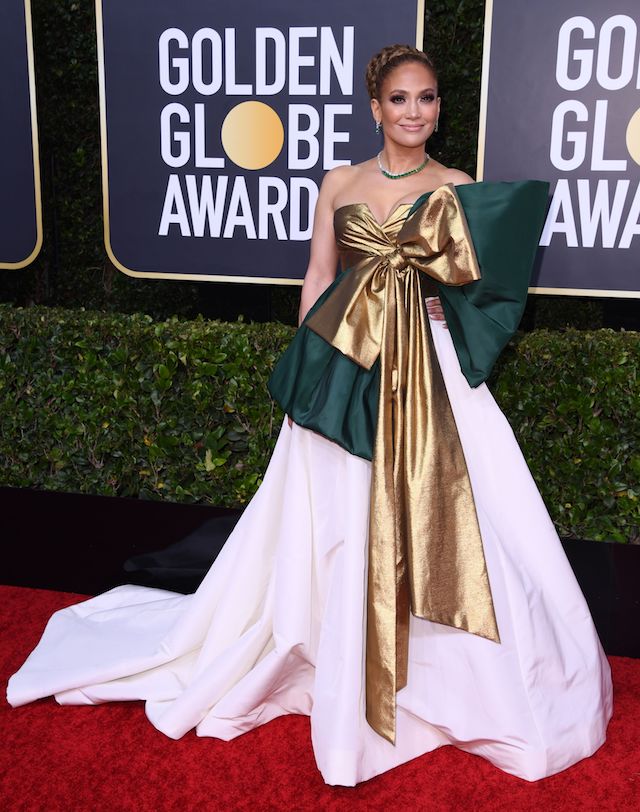 Walking on sunshine! The 30-year-old popstar spiced things up on the red carpet in this dramatic dressed covered in sunflowers. 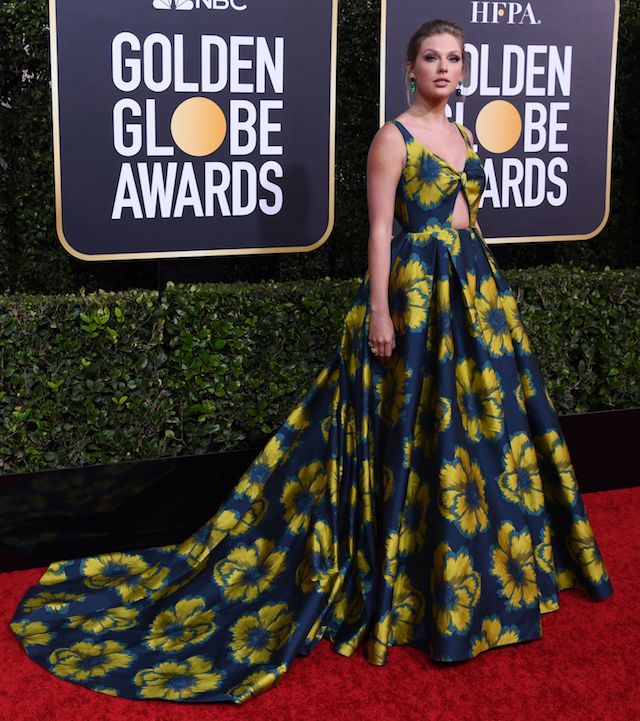 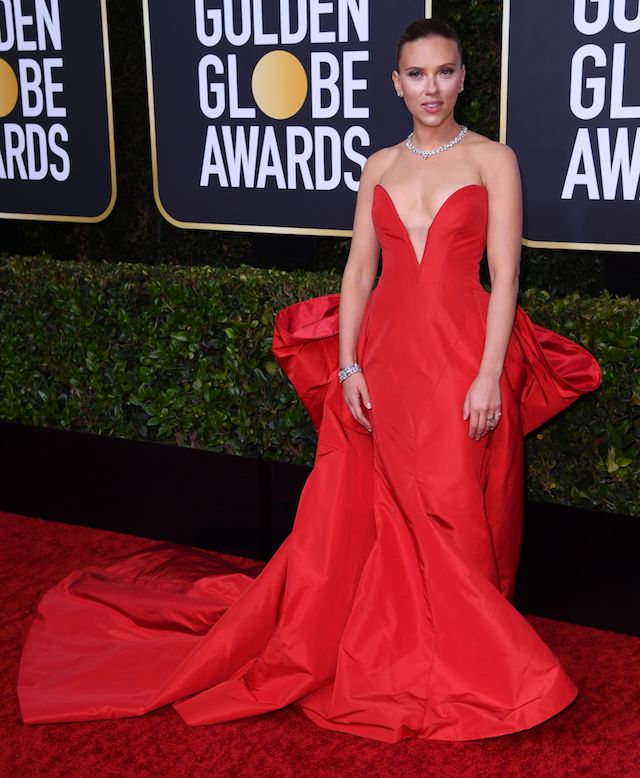 No top? No problem! The Best Actress in a TV Series winner turned several heads in this daring look. 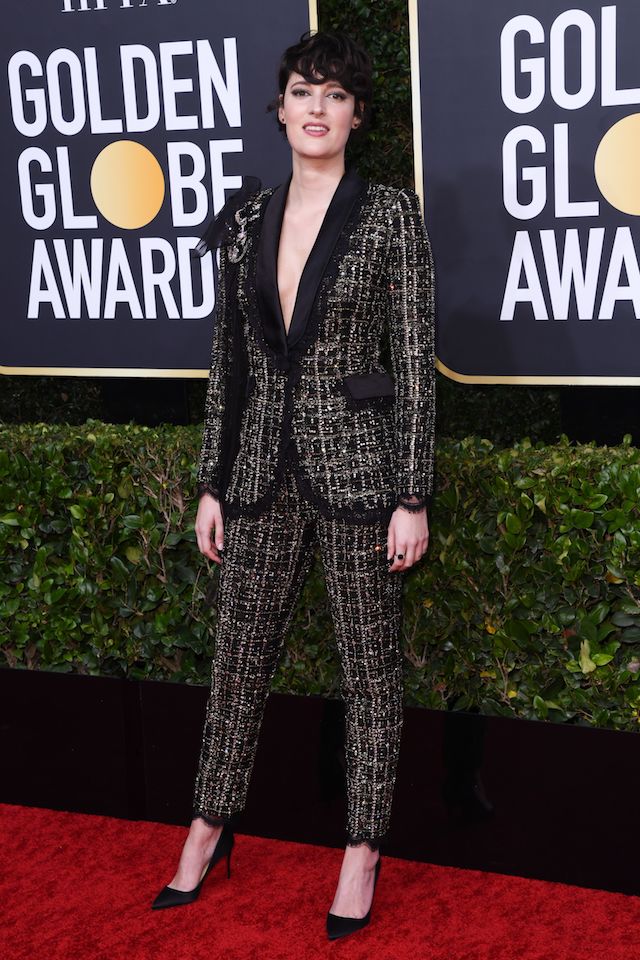 There’s so much going on with the Goop creator’s unique look, we don’t know where to begin. But one thing’s for sure, she looks incredible! 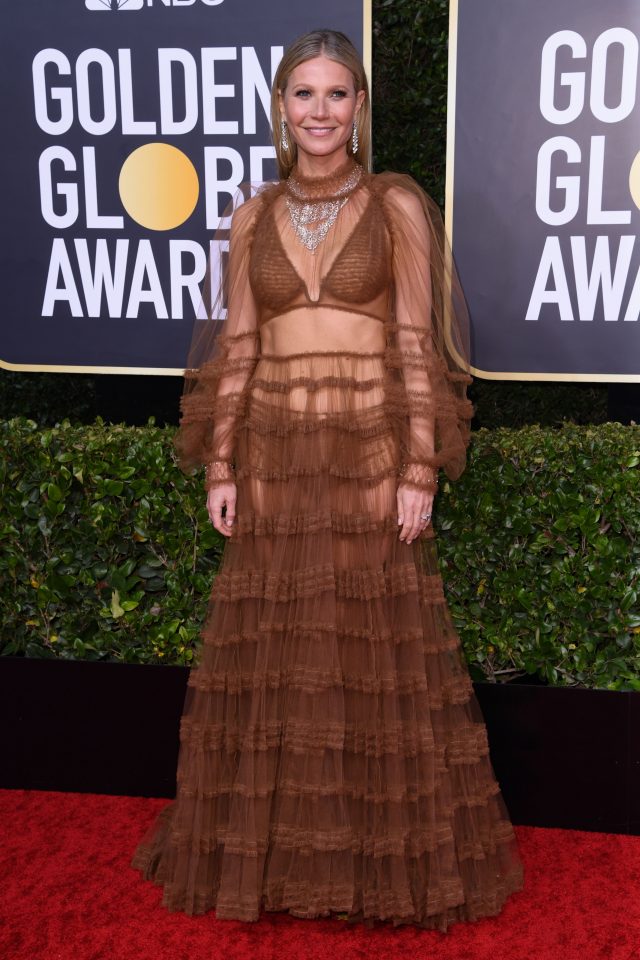 So many frills! The Disney Channel star ensured all eyes were on her when she hit the red carpet in this dramatic blush pink dress. 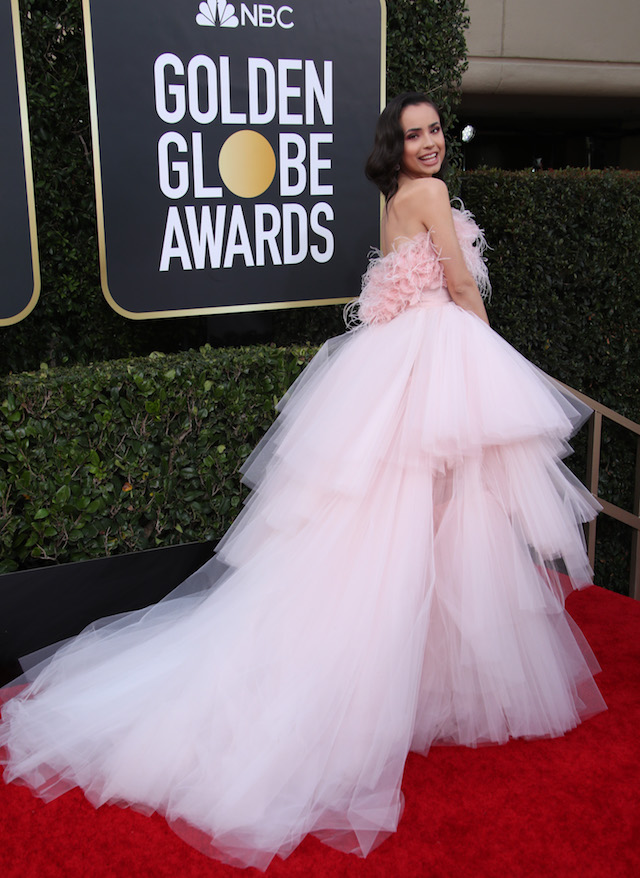 Are we being hypnotized? The actress, known for her work in Ramona and Beezus and The Conjuring dared to be different in this out-of-the-ordinary dress. 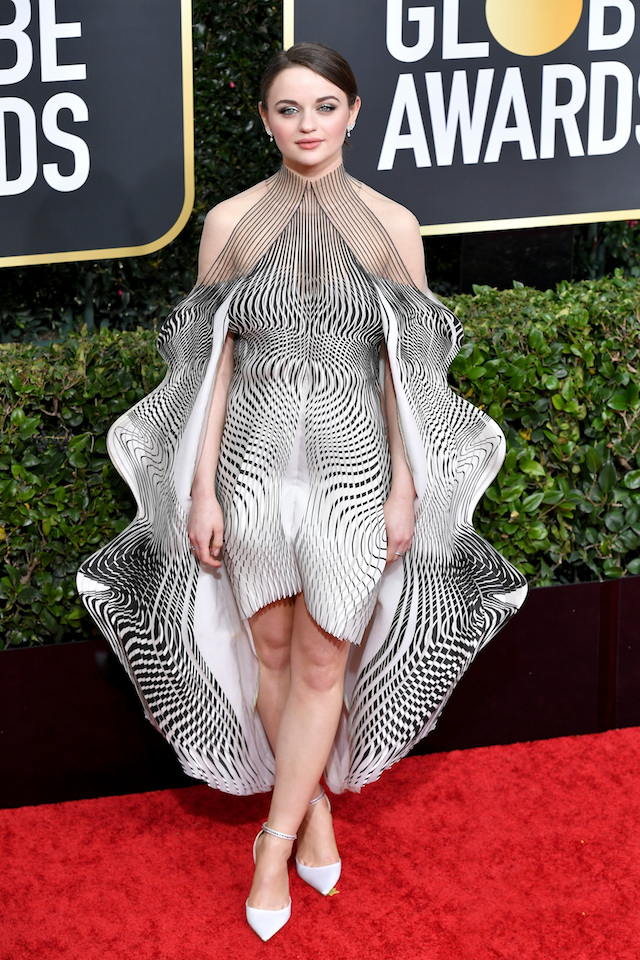 Ruffles for days! The New Zealand actress is hard to miss in this soft grey red carpet look. 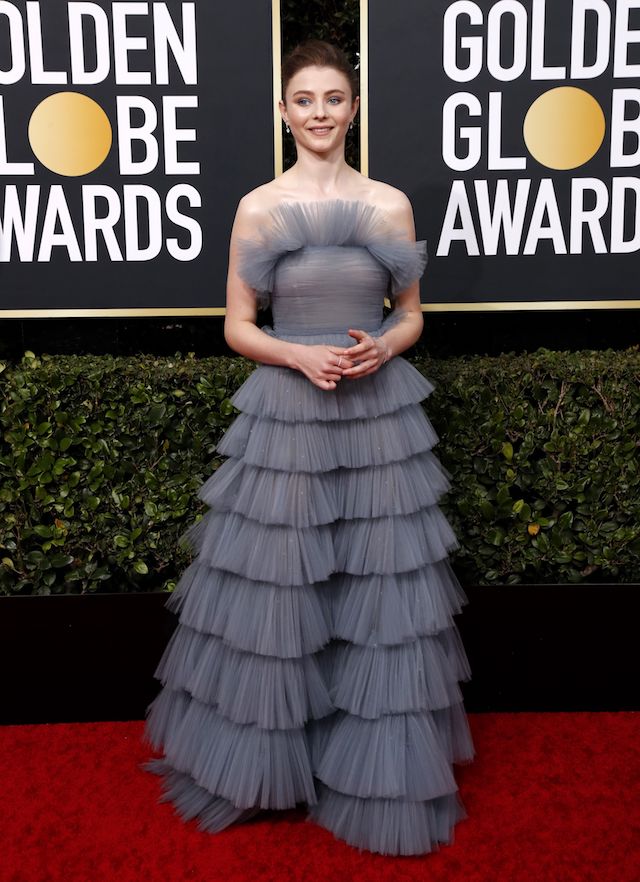 The Academy Award winning actress certainly kicked things up a notch with her red carpet ensemble. 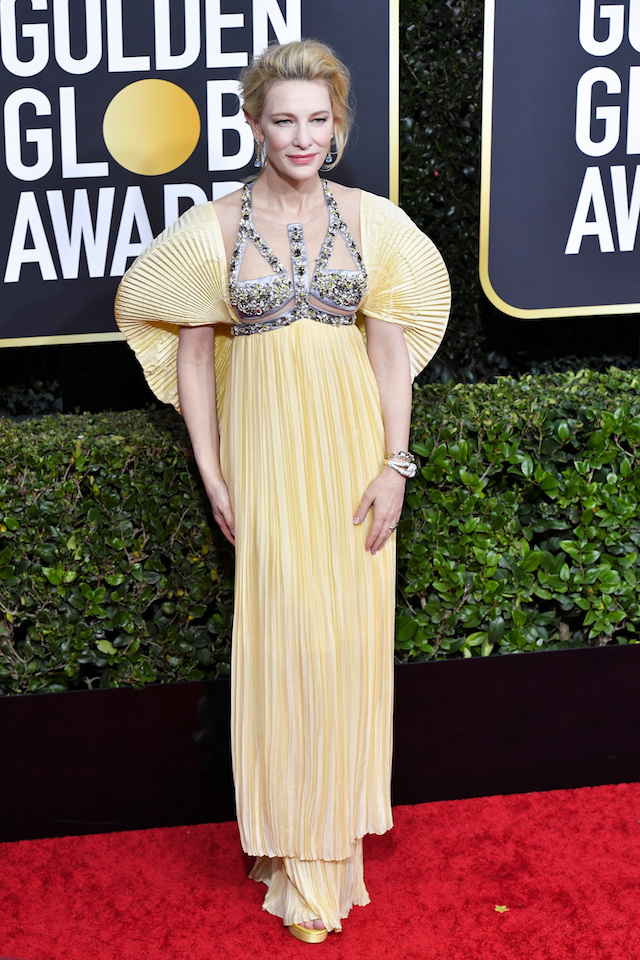 Business up top, party down below. Leave it to the Broadway star to bring the drama with his Golden Globes look. Porter donned this Alex Vinash white suit that he paired with a feathered, lengthy train. 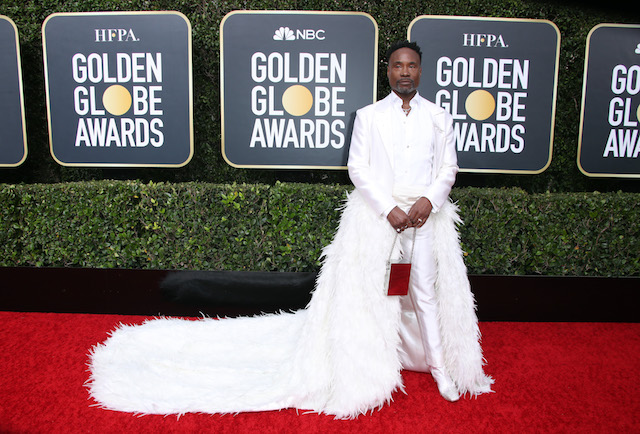