The royal family is having some fun in the kitchen this holiday season — but it’s Prince George who’s stealing the show! Over the weekend, Buckingham Palace released photos of Queen Elizabeth II, Prince Charles, Prince William, and his 6-year-old little one preparing Christmas puddings, a new initiative by the Royal British Legion and veteran community.The four different puddings, which are said to bring good luck, will be used as centerpieces at the Legion Christmas events in the coming year.

Royal photographer Chris Jackson snapped the precious photos, which showcase Prince George watching on as his elders teach him how to add in the ingredients. The photos were snapped on the same day as the Queen’s annual Christmas lunch at Buckingham Palace — where many other royal family members, including Kate Middleton, were in attendance. 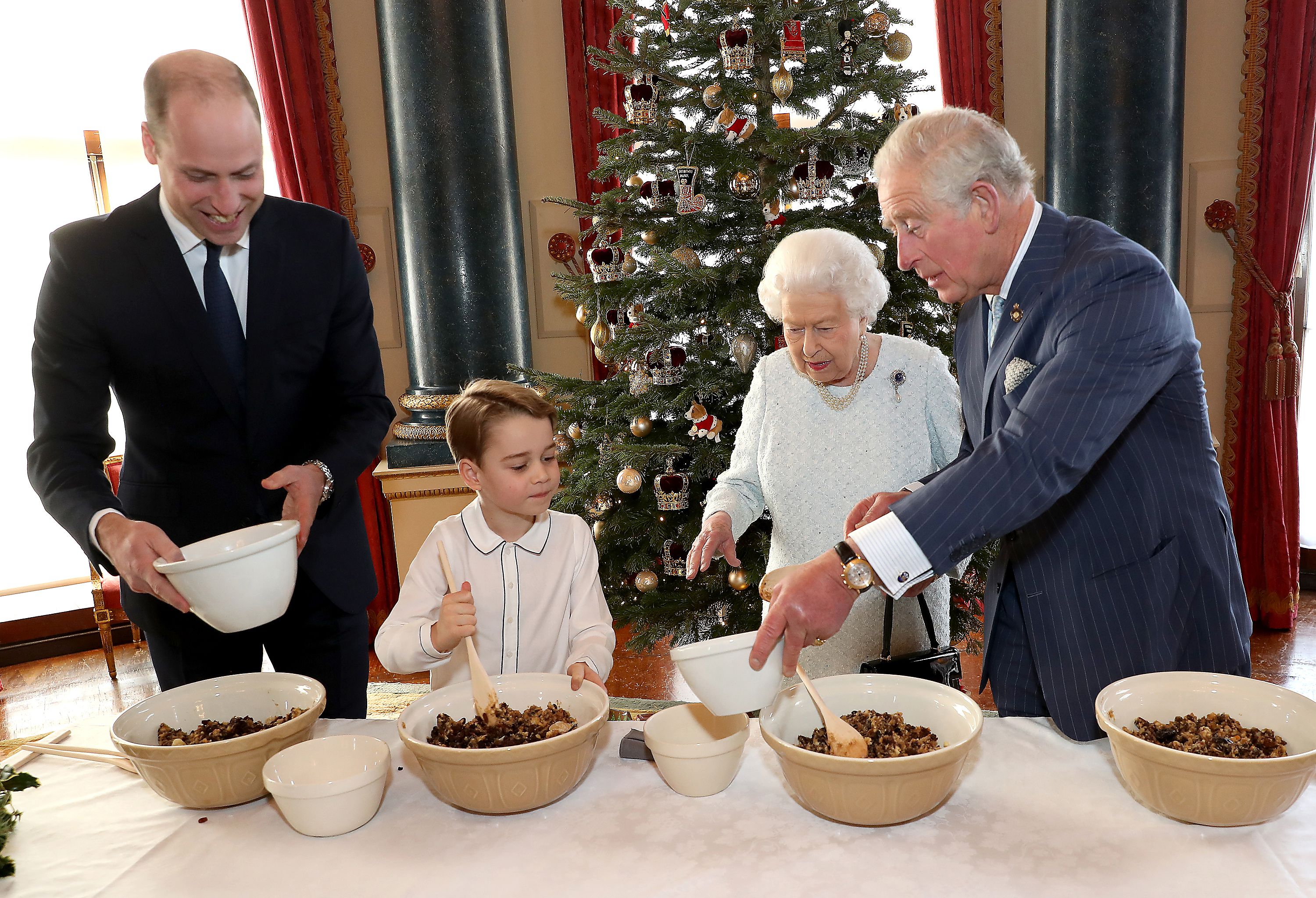 But not everyone attended. Meghan Markle, Prince Harry, and their newest addition baby Archie are currently in Canada, where they will be spending Christmas this holiday season. “The Duke of Sussex has been a frequent visitor to Canada over many years, and it was also home to The Duchess for seven years before she became a member of the Royal Family,” a spokesperson told Us Weekly. “They are enjoying sharing the warmth of the Canadian people and the beauty of the landscape with their young son.”

However while the family-of-three will be missed at the traditional Christmas celebrations this year, they have the Queen’s full support in choosing to have “private family time.”

“Having spent the last two Christmases at Sandringham, Their Royal Highnesses will spend the holiday this year, as a new family, with the Duchess’ mother Doria Ragland,” Buckingham Palace said in a statement. “This decision is in line with precedent set previously by other members of the Royal Family, and has the support of Her Majesty The Queen.”