It’s so, so close to the end of the year, which of course means we’re all hitting the annual panic of wondering what the last year has meant. But you know what’s more fun than having an existential crisis about what you’ve accomplished this year? Watching celebs do it instead — which is why we’ve rounded up comments from Beyoncé, Jennifer Aniston, and more stars on what they’ve learned in 2019.

Just like us, celebrities are always learning and growing as they get older. But unlike us, celebrities are regularly asked to give public statements on how that process is going — and we’re consistently impressed with their thoughtful, touching answers. This year alone, Beyoncé opened up for the first time about her miscarriages, Jennifer Aniston and Jennifer Lopez reflected on turning 50, and Taylor Swift mined the past decade for lessons to teach her younger self.

Ready to hear what these stars took away from 2019? Let’s dive in.

Beyoncé’s illuminating ELLE interview in December revealed how deeply the singer’s life has changed over these past few years: “I began to search for deeper meaning when life began to teach me lessons I didn’t know I needed,” Beyoncé told the outlet. “Success looks different to me now. I learned that all pain and loss is in fact a gift. Having miscarriages taught me that I had to mother myself before I could be a mother to someone else.” 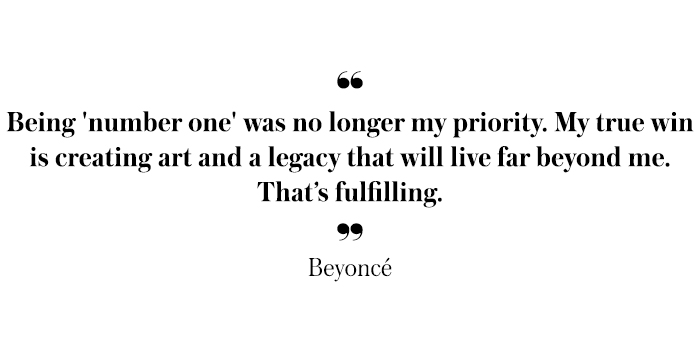 The miscarriages were a valuable lesson for Beyoncé, but so was giving birth to Blue Ivy: “Then I had Blue, and the quest for my purpose became so much deeper. I died and was reborn in my relationship, and the quest for self became even stronger. It’s difficult for me to go backwards. Being ‘number one’ was no longer my priority. My true win is creating art and a legacy that will live far beyond me. That’s fulfilling.”

Thank you @people for putting me in such great company 🙏🏼 @jlo @michelleobama @taylorswift OH MY….! Also… hey @aveenous! 👋🏼

Jennifer Aniston’s lesson this year was simple and perfect — much like the star herself. When People asked Aniston what she’d learned, here’s how she replied: “How much I’m capable of …The words, ‘I dare you’ or ‘No’ always make me kind of go, ‘Oh, okay. Well, let’s just see.'”

HEY THANKS BILLBOARD 🙏 it was a whole entire party chatting with @jasonlipshutz and @samidrasin killed it with these photos!! Thank you so much for this honor. 😸

This December, Billboard had Woman of the Decade Taylor Swift reflect on the past ten years: What would she have done differently?  “I would have done everything exactly the same way,” she told the magazine. “Because even the really tough things I’ve gone through taught me things that I never would have learned any other way. I really appreciate my experience, the ups and downs.”

Jennifer Lopez, whose banner year included starring in Hustlers, getting engaged, and nabbing the halftime show for the 2020 Super Bowl, said on The View in September that her biggest lesson in 2019 was about happiness. “I always thought that I was going find happiness and love and that another person was going to give that to me, and then I realized that’s not how it is at all,” Lopez said. “You actually get to be happy all by yourself. If you can just kind of appreciate yourself and know your worth, your value, that you can be a happy person.” 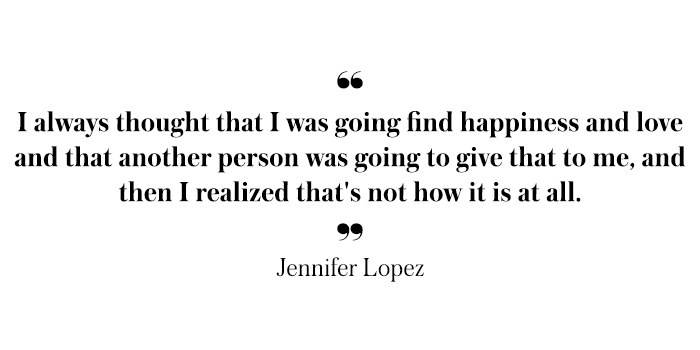 At 50, Lopez is doing better than she ever has: “I’m happy. I have a great life. I’m a good person. I live in a good way. … I have great friends and I can call somebody and go anywhere and do anything. … I’m healthy. I have beautiful children. Those things are really the most important things.”

Brad Pitt interviewed Anthony Hopkins for Interview Magazine in December — and revealed a lot about what he himself had learned this year in the process. “I’m realizing, as a real act of forgiveness for myself for all the choices that I’ve made that I’m not proud of, that I value those missteps,” he tells Hopkins of his past actions. “Because they led to some wisdom, which led to something else. You can’t have one without the other.”

Anne Hathaway’s biggest takeaway from this year has to do with fighting — specifically, doing less of it. In September, the Modern Love star told Allure that she “used to love to fight,” adding: “It felt so good to fight and be right…You have those moments where you just want to grab them, like, Noooooo! I just want to be petty for a little bit longer.” 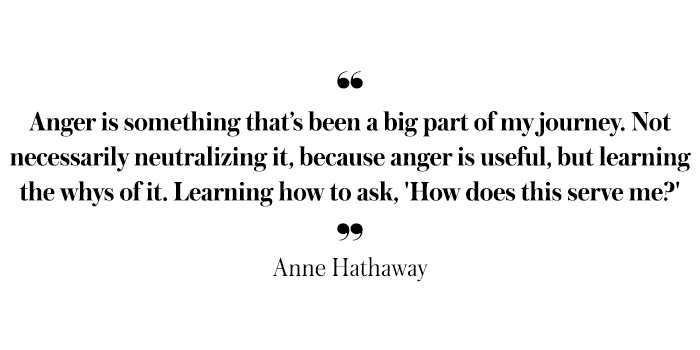 But the older, wiser Hathaway is learning to look at anger in new ways: “Anger is something that’s been a big part of my journey. Not necessarily neutralizing it, because anger is useful, but learning the whys of it. Learning how to ask, How does this serve me?”

Playing Black Widow made #ScarlettJohansson a superstar. Now, this year’s Marriage Story and Jojo Rabbit could make her a double Oscar contender. For our awards issue, the actress muses on the vulnerability and scrutiny that come from marriage, divorce, and speaking her mind. Read our latest cover story at the link in bio. 📸 @collierschorrstudio Styled by @stella_greenspan

Scarlett Johansson — who just nabbed a Golden Globes nomination for her work in Marriage Story — has learned a lot about her approach to work this year. The star told Vanity Fair in November that, previously, her feelings toward work “ebbed and flowed.”

“At times I felt like I couldn’t get anything that was substantial or that felt challenging to me,” Johansson continued. “Now I have a child…not that I’m not career-driven now, but I guess I’ve been driven by other sides of my career in the past. Maybe I was more concerned with a certain kind of visibility or exposure. And now I’m not as worried about that stuff. I’m in a good phase in my career where I’m able to actually wait for stuff that’s right.”

Women typically have a 13% risk of developing #breastcancer over their lifetime. "I had an estimated 87% risk of developing the disease and a 50% risk of ovarian cancer. Because of my high risk, experts recommended preventive surgeries," writes Angelina Jolie, a TIME contributing editor, an Academy Award-winning actor and Special Envoy of the U.N. High Commissioner for @Refugees. Jolie lost her grandmother and mother to breast cancer. "I had a double mastectomy and later removed my ovaries and fallopian tubes, significantly reducing, although not removing altogether, my risk of developing cancer. In the years since my surgeries, there has been further progress. #Technology and #science are converging in ways that will bring discoveries to clinics—and into our homes—at the most rapid pace in human #history. What I’ve come to understand, as I’ve reflected on my own experiences and those of others I’ve met, is that while we should continue to push for advancement, care is not just about medical treatments. It’s also about the safety, dignity and support afforded to #women, whether they’re battling cancer or trying to manage other stressful situations. And far too often they’re not given nearly enough." Read more at the link in bio. Photograph by @peterhapak for TIME/Trunk Archive

Angelina Jolie’s lesson from this year wasn’t personal, but instead about the world at large. In her essay for Time this October, Jolie wrote this: “What I’ve come to understand, as I’ve reflected on my own experiences and those of others I’ve met, is that while we should continue to push for advancement, care is not just about medical treatments. It’s also about the safety, dignity, and support afforded to women, whether they’re battling cancer or trying to manage other stressful situations. And far too often they’re not given nearly enough.”