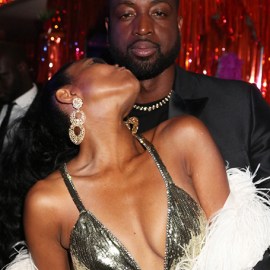 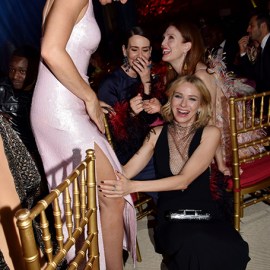 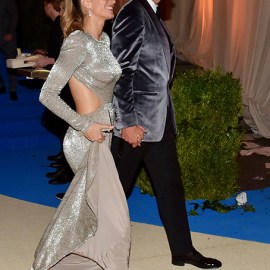 Who else is excited for Kelly Clarkson to host the 2020 Billboard Music Awards? Well, we know we are. And with the Country Music Awards and American Music Awards coming up in November, we just can’t wait for all the excitement, music, and glam — ahem, comfy zoom outfits we’ve been loving to see.

So, as we prepare to watch our fave stars get up on stage (or sit in their living rooms’ streaming in) to accept their awards, this awards season has been a different wild ride and we can’t wait for what’s next. From the Oscars to the Billboard Music Awards, here is your official guide to celebrity hosts this 2020 awards season.

Kelly Clarkson will return as the host of the Billboard Music Awards for her third year in a row. “I’m thrilled to be back with my Billboard family,” Clarkson said in a statement. “I love being part of an event that celebrates our greatest artists and entertains our fans. This a night of music that you won’t want to miss!” And like every year, we’re excited to see the performances. John Legend was just added to the lineup performing “Never Break” from his latest album Bigger Love.

Get ready for a “Body Party” at this year’s AMAs: the queen, the icon, the utterly fabulous Ciara will be hosting the 2020 show, which means we’re completely guaranteed to have an epic night. At last year’s show, Ciara lit up the stage with her performances of “Level Up” and “Dose,” and we’re beyond excited to see more of that energy this year.

In other exciting AMA news, Kesha will be performing at this year’s show for the first time since 2013 — along with Shania Twain, Camila Cabello, Billie Eilish, Selena Gomez, Lizzo, and Taylor Swift. Um, is it Nov. 24 yet?!

Reba McEntire and Darius Rucker will be hosting the 2020 CMA Awards, dethroning Carrie Underwood after her 12-years as host for the annual televised ABC award show.

McEntire has held the position prior and is looking forward to taking the stage once again. “I’m thrilled to be back hosting the CMA Awards and even more thrilled that I get to share the stage with Darius Rucker,” McEntire said to Taste of Country at the time of the announcement. “We’re looking forward to a night of celebrating great country music and hope you’ll tune in and watch!”

“We know Jimmy Kimmel will deliver a uniquely entertaining, funny and moving Primetime Emmys show,” said Karey Burke, president, ABC Entertainment. “He’s a true master of ceremonies who reveres this industry and its people; and just as Jimmy has done with his own show over the past few months, he will tackle this momentous event with heart and humor, and bring some much-needed joy and optimism to our television colleagues and viewers at home.”

Award shows are basically the opposite of social distancing, so we’ll see how this goes!

The Academy of Country Music Awards

Keith Urban is both hosting the ACM Awards and being honored at them, with a nomination for Male Artist of the Year. After dropping the single “God Whispered Your Name” on Feb. 27, Urban gave this statement: “As if having a new song out today wasn’t enough, I also get to host the ACM Awards in April. I’ll tell you — this year already feels like the most creative and energized year of my life…and there’s so much more to come. Incredibly grateful — and ready to roll!”

Here’s a pretty fun fact: This year, it looks like more hosts than ever are women. With the news that Alicia Keys will be reprising her role as the host of the Grammys, we’re not only swimming in incredible female hosts but seeing an uptick in how many of these amazing women are being asked to return year after year. Before Keys, only two other women — Ellen DeGeneres and Rosie O’Donnell — had hosted the Grammys for two years in a row.

Keys gave a statement to Billboard about her momentous return: “At first, I did think last year was a one-time thing,” she admits, “but when the opportunity came back around, there was no question about returning as host. Not only did I feel the love in the room, but I felt it from around the world and it confirmed the healing and unifying power of music.”

The Oscars have announced their 2020 host, and — drumroll, please — they went with no host at all! For the second year in a row (after briefly engaging Kevin Hart as their host in 2019), the Academy Awards will be host-less, featuring a variety of performers and presenters to fill the time typically occupied by a host.

“There will be no traditional host this year,” ABC Entertainment president Karey Burke confirmed. In March, Burke spoke to why not having a host was deemed so successful last year: “The main goal, which I’m told the Academy promised last year, is to keep the show to three hours. The producers decided to wisely not have a host and have the presenters and the movies be the stars. That’s the best way to keep the show to a brisk three hours.”

This year, the Critics’ Choice Awards are turning 25: And returning to host the occasion is 2019 host Taye Diggs. When presented with the opportunity to host last year, the All American star said he was “truly honored and ridiculously excited” for the gig — and clearly, that enthusiasm paid off.

Also featured at this year’s awards: Kristen Bell getting a #SeeHer award, and Eddie Murphy getting a Lifetime Achievement Award. Make sure you catch the show on Jan. 12 at 7 p.m. ET on The CW.

The British Academy of Film and Television Arts (BAFTA) Awards

This year’s BAFTA Awards are looking like a can’t-miss show, between the planned exclusive performance from Cirque du Soleil and the announcement of award-winning comedian Graham Norton as their host. After 26 years(!) hosting comedy show The Graham Norton Show (which has won six BAFTA awards of its own), Norton is stepping up to this prestigious hosting gig.

“I’m delighted to be taking the helm of the biggest night in British Film,” Norton said in a statement. “The audience at the Royal Albert Hall will be the biggest sofa I’ve ever faced. I’m honored to be following in the fabulous footsteps of Stephen Fry and Joanna Lumley.”

Would you look at that? Even though he swore up and down last year that it was his last time hosting, comic actor (and UK Office star) Ricky Gervais will be hosting the Golden Globes for his fifth year running. Of course, Gervais is now promising that this year will be his absolute last, releasing this statement: “Once again, they’ve made me an offer I can’t refuse. But this is the very last time I’m doing this, which could make for a fun evening.”

We’re very curious to find out what that means — Gervais isn’t exactly known for playing it safe with his humor in past years, so could he be going even further off the rails in 2020? We’re guessing he’d have to do something pretty drastic to actually not be invited back…but drastic might be just what Gervais has in mind.

Before you go, click here to see behind-the-scenes celebrity pics you haven’t seen before.