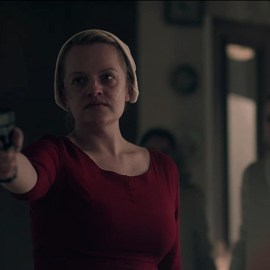 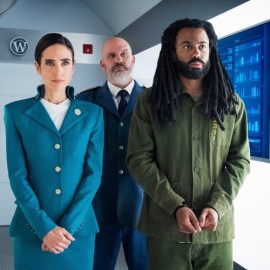 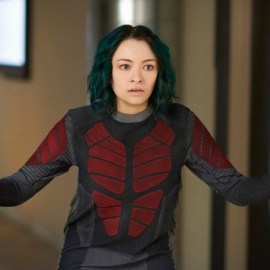 With last night’s Best Drama win for Succession at the 2020 Emmy Awards, it’s safe to say we aren’t going to stop talking about this show any time soon. While season 1 of Succession was modestly well received, season 2 exploded onto the scene, eliciting a common refrain of praise. Succession is the defining show of this era, critics say — and their reasoning is compelling. It’s a story about a dysfunctional family of billionaires in a time when our country is run by dysfunctional families of billionaires; to say it matches our current time is an understatement. But Succession wasn’t just an appropriate show for 2019. It was a wildly enjoyable one, and the reasoning behind that is trickier.

If you haven’t yet encountered the HBO comedy-drama (one of the few shows that earns that genre distinction), here’s what you should know. The Roy family (largely based on the Murdoch family) owns Waystar-Royco media empire, whose primary news outlet, ATN, is all but a carbon copy of Fox News. As head of the company, Logan Roy (Brian Cox) starts out Season 1 by trying to choose a successor from three of his children — Kendall (Jeremy Strong), Shiv (Sarah Snook), and Roman (Kieran Culkin) — pitting them against each other in their continued pursuit of both power and, more importantly, their father’s approval. Logan’s fourth child, Connor (Alan Ruck), has removed himself from family politics, but then decides to run for president in Season 2.

That’s what’s going on plot-wise, but here’s the tone: It’s a show about really, really wealthy people whose decisions have vast consequences, and who don’t care. It’s a show about people lacking in conscience and decency, whose capacity for cruelty can be shocking, and whose loyalty is always in question. It is, at its heart, a family drama — but of a family whose position in relation to the rest of the world makes them almost god-like in the power they wield, determining thousands of fates with the move of a single chess piece.

That casual deployment of power, and Succession’s ability to show us the intimate workings behind it, is the central nerve that makes the show feel so timely. One plot point in Season 2 shows Logan trying to buy PGM, the fictional equivalent of Murdoch’s News Corp buying The New York Times. It’s one of the few moments where even a Roy bats an eye at the ethics of it: “If we own all the news, I do actually wonder where I’ll get my fucking news,” quips Shiv, the most liberal-leaning of the group. “Because at some point, someone needs to actually keep track of what’s going on in the world.” 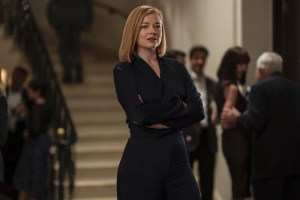 This plotline, for the reasons Shiv outlines, made my heart pound — today, the idea of a free press seems more in jeopardy than ever, as many news outlets cater more transparently to specific agendas. It would be foolish to deny the power the real Murdoch family (and the Trump family, while we’re on the subject) has at this time, and it’s chilling to watch Succession play out in a parallel universe.

But if the verisimilitude is what makes the show feel urgent, what makes it enjoyable? It’s funny, sure — brilliantly acted and written too, hence in part this year’s 2020 Emmy win. But I think most Succession fans would say they stayed for the characters, unlikeable though they are. While this show spends more time on boardroom politics than most, there’s a great deal of humanity too, as Logan’s emotional abuse of his children forces a current of sympathy for them from the start.

Each of the Roy children, neglected and hardened, has dealt with it differently. Kendall tries the hardest to follow in his father’s footsteps, but struggles with addiction, driving himself to rock bottom again and again without meaningful change. Shiv tries to find power elsewhere, surrounding herself with men she doesn’t quite respect and will never feel inferior to, up to and including her husband, Tom. Roman makes a joke of himself before the world has a chance to, holding up his role as bad son, as the disappointment, like a badge of honor — or, like a shield against the knowledge that he knows that’s how his father sees him.

In other words, to buy into the show is to buy into pitying these characters, and becoming as invested in their emotional outcomes as their financial ones. Succession takes a big, scary family that controls far more than we’re comfortable with, then makes us interested in their marriages, their childhoods, their sex lives. It transforms them into characters we can reckon with, as we’ve reckoned with unlikable TV leads before, from The Sopranos to Breaking Bad. By exposing these character’s personal moments and disappointments — and exquisitely framing them — the show hands the viewers back a feeling of power.

It doesn’t feel like a coincidence that Succession’s fan base is very vocal — or, as others have pointed out, includes many people in media. The joy of Succession is not just in watching, but in dissecting, theorizing, reimagining. By creating Buzzfeed quizzes and memes, we reclaim the Roys — and any families they might resemble — as part of the culture we’re creating, a bubble that even the ultra-wealthy controlling class can’t quite pop.

We can’t expect our real-life Roys to change, to ever show true remorse or come around — they’ve been steeped in their own wealth too long, and have no hope or desire to step outside it. But, for now, at least, we can still tell stories about these people, showing their weak points and vulnerabilities, and focusing on what we think is interesting, not what they want us to see. That act of fictionalizing, of taking back control of a narrative, gives us the courage not to look away.

Storytelling is a radical act in 2020: We may be watching a show about a family resembling the Murdochs, but at least we’re not watching one they wrote.