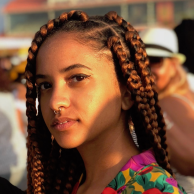 This Is Us is coming back at the end of September, and fans are dying to see what will be going on with the Pearson family when the new season kicks off. Rebecca’s fate has been especially mysterious. But Mandy Moore and Milo Ventimiglia just gave us a sneak-peek Rebecca’s fate in This Is Us season 4 clue, and it sounds like her storyline is going to require lots of tissues and plenty of patience.

We’ve already been told to basically expect the unexpected when it comes to season four of This Is Us. The new season is going to involve a lot of twists and turns, and it will go in a completely different direction than anything that fans have been predicting. There are going to be some new characters, for starters. But of course, the show will also dive back into fans’ most beloved characters, including Rebecca (Mandy Moore).

Last season’s “flash-forward” scene showed Rebecca decades into the future, not fully conscious and receiving 24/7 care. In a new interview with Entertainment Weekly, Moore revealed that it will be a while before season four returns to the future to pick up on Rebecca’s story. And when it does, it will be close to the end of her days.

“We’re in the final throes of her life, the last couple of weeks, I would say,” Moore said. “You get that sense of urgency of the family gathering, for one reason or another, and in my mind, it’s to sort of say farewell.”

Milo Ventimiglia, who plays Rebecca’s late husband Jack, added that Rebecca’s end-of-life journey is among the most heartbreaking of all.

“Sixty-six [years old]-and-above Rebecca breaks my heart because I know she’s a woman who’s been through a lot,” Ventimiglia said. He added that, while the first seasons of the show focused on Jack and fatherhood, “we’re really shifting to the matriarch side of everything and understanding Rebecca’s journey and what her impact on the family has been. I’m so excited for Mandy.”

That’s all the actors could reveal about Rebecca without giving everything away. You’ll have to tune in to see the rest!