In a turn of events, Meghan Markle is more similar to Pippa Middleton than Kate. According to royal biographer Duncan Larcombe, the Duchess of Sussex and the Duchess of Cambridge’s younger sister are “quite similar characters”, which would’ve likely made them closer friends than Meghan and Kate.

Why is this interesting? Well, as some may remember, rumors sparked in 2011 that Prince Harry and Pippa were romantically involved after they were photographed together at Kate and William’s wedding. Larcombe confirmed that the rumors were false, but that didn’t stop him from finding irony in the fact that Prince Harry married someone very similar to Pippa personality-wise. “After the Royal Wedding, there was a discussion there was something romantic between Harry and Pippa, which was incorrect,” he told Fabulous Digital. “But it’s quite funny to think that Harry is now married to somebody who is quite similar in temperament, personality and bubbliness to Pippa.”

So why are Meghan and Pippa so similar? Well, aside from their bubbliness, Larcombe believes that it’s because Pippa is accustomed to the celebrity world (unlike her sister Kate), which Meghan is also comfortable in, given her career as an actress on the USA Network series Suits. “Pippa has happily dabbled in the celebrity world in a way that Kate hasn’t, which is to Kate’s credit,” he said. 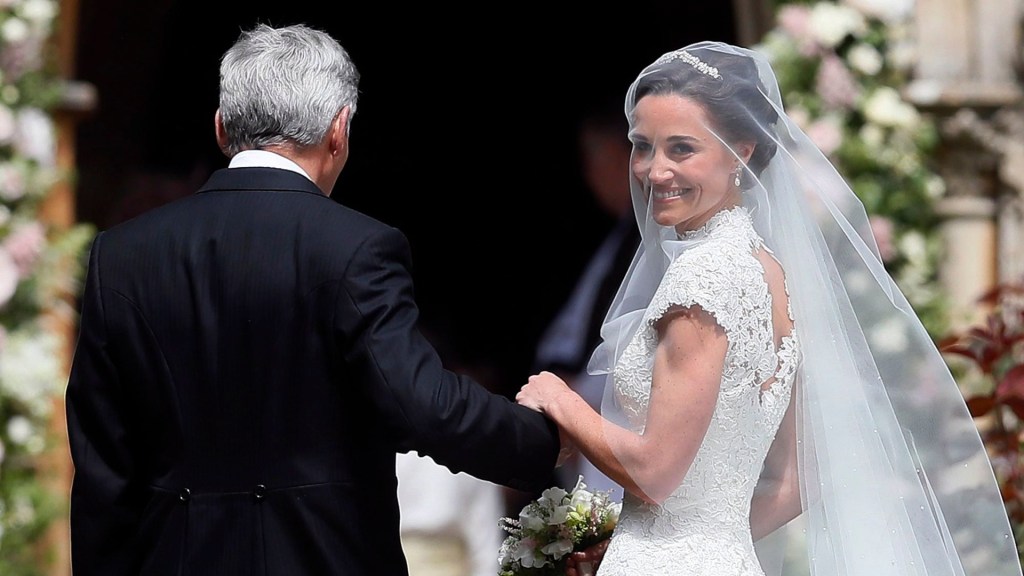 There is some minor drama between Meghan and Pippa though. In May 2017, a couple weeks after Prince Harry and Meghan went public with their relationship, the former actress was noticeably missing from Pippa’s wedding to James Matthews. Though the future Duchess eventually made it to the reception, Prince Harry attended the ceremony alone, which led some to wonder if Meghan was left out of the nuptials on purpose.

TBH, who really knows what happened? Perhaps Meghan volunteers to stay at home during the wedding ceremony, given the amount of buzz around her relationship with Prince Harry at the time, which would’ve likely stolen some of the spotlight on the bride. Either way, we’re confident these two get along now, and we’re looking forward to their hangout.