Don’t expect this First Lady on the cover of Vogue. Anna Wintour shaded Melania Trump for Michelle Obama, and we’re screaming. The Vogue Editor-in-Chief was interviewed on a recent episode of the podcast, The Economist Asks, where she was asked about the current First Lady’s fashion sense. Wintour’s response? Side-stepping the question completely in favor of former First Lady, Michelle Obama.

Conversation around Melania Trump started when Wintour and host Anne McElvoy discussed the First Lady and President Donald Trump’s state visit to the United Kingdom in June. Wintour noted that she believes Trump “very consciously” wore British brands for the visit. McElvoy then asked Wintour for her thoughts about Trump’s recent fashion choices, which is when the conversation became a little more shady. Wintour answered by ignoring McElvoy’s question entirely and talking about Michelle Obama instead.

“Well, I think first lady Michelle Obama really was so incredible in every decision she made about fashion,” Wintour said. “She supported young American designers. She supported designers, indeed, from all over the world. She was the best ambassador that this country could possibly have in many ways, obviously, way beyond fashion.”

That’s when McElvoy circled the conversation back to Trump by asking, “But she’s not the first lady now. So what about the one you’ve got now?” But Wintour didn’t bite. Instead of saying her true thoughts on Trump’s fashion, the Vogue editor responded, “To me, [Obama] is the example that I admire.” 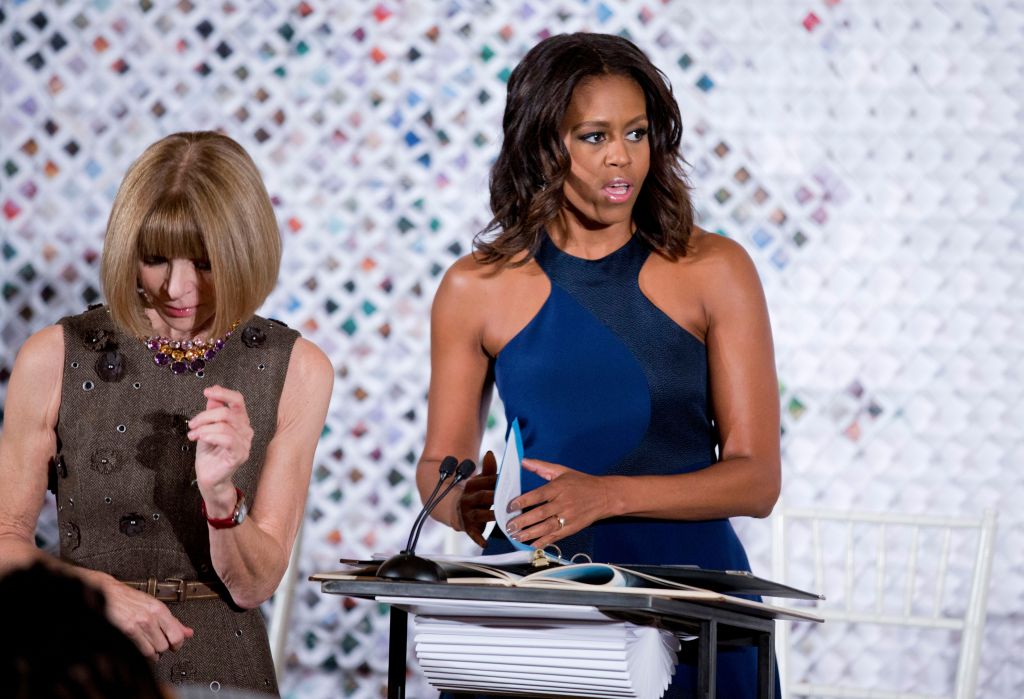 However, Wintour didn’t avoid every Trump question. In response to a question earlier in the interview about why Trump has been featured on Vogue’s website but never in the magazine, Wintour had this to say: “There’s so many women in politics that deserve celebration, whether it’s Kirsten [Gillibrand] or Senator Harris, or Senator Warren.

She continued, “We just recently ran a piece in our current issue about five of the six political female candidates, all of which I felt deserved a place in Vogue. And how wonderful that after a lot of naysayers saying that after [Hillary Clinton] not succeeding that it would be very difficult to find a voice in the current presidential campaigns. How wonderful that that is not the case. I think that both Senator Warren and Senator Harris are among the top candidates right now.”

McElvoy then asked if Trump is “not the right” person to feature in Vogue, to which Wintour responded, “I think it’s important for Vogue to support women who are leading change in this country.”

Wintour’s comments come after an April 2019 interview with CNN, in which she explained why Trump has been the only First Lady in recent terms to not be on the cover of Vogue. “You have to stand up for what you believe in and you have to take a point of view,” Wintour said. “We profile women in the magazine that we believe in the stand that they’re taking on issues we support them, we feel that they are leaders.” 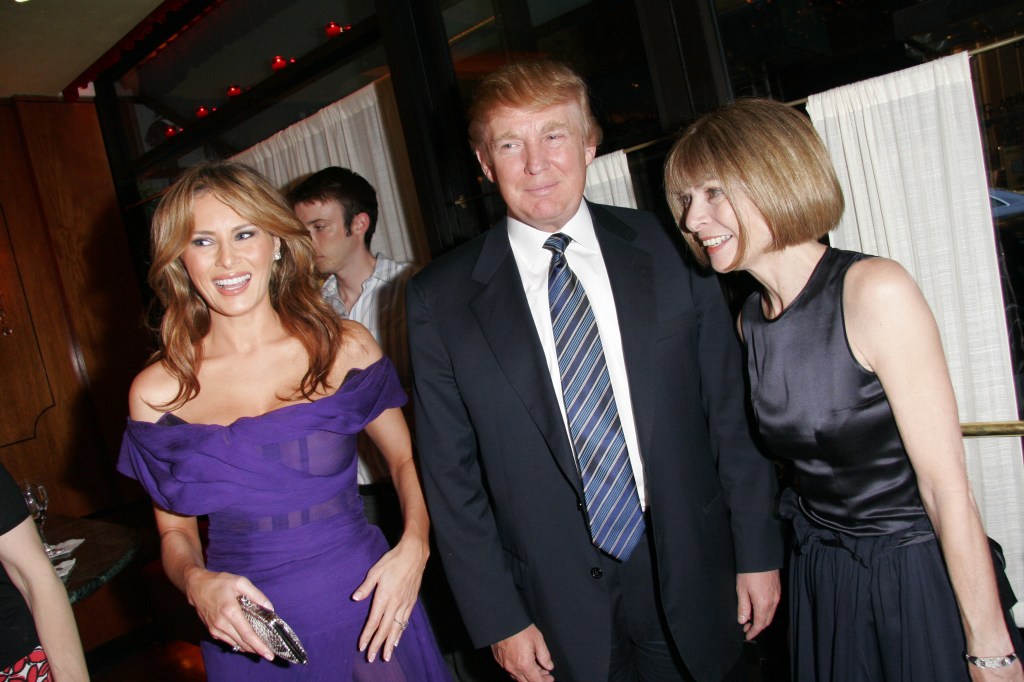 In response to Wintour’s comments to CNN, a spokesperson for the First Lady told Fox News that a fashion cover “doesn’t define” Trump or her legacy. “To be on the cover of Vogue doesn’t define Mrs. Trump, she’s been there, done that long before she was first lady,” spokesperson Stephanie Grisham told Fox News in April. “Her role as first lady of the United States and all that she does is much more important than some superficial photo shoot and cover. This just further demonstrates how biased the fashion magazine industry is, and shows how insecure and small-minded Anna Wintour really is.”

Yikes on yikes on yikes. Yeah — doesn’t seem like we’ll see Melania Trump on the cover of Vogue any time soon.