Sandra Bullock is the mom to two amazing children, Laila and Louis (not to mention being an Oscar winner), but now, she can add dog mom to her list of accomplishments. Bullock adopted new puppy she almost year after the death of her two previous dogs, Poppy and Ruby, who passed away within days of each other.

Bullock and boyfriend Bryan Randall made a trip to the Just Food for Dogs pet store in Los Angeles this month to prep with a  full slate of dog food for their new addition. A source told Us Weekly said ,“[Bullock] was super nice and down-to-earth. She didn’t act like a celebrity.” Per Us Weekly, the unnamed pooch is a 2-year-old poodle Bullock rescued. (This is a public service announcement that rescue dogs are the best way to get a furry friend!) 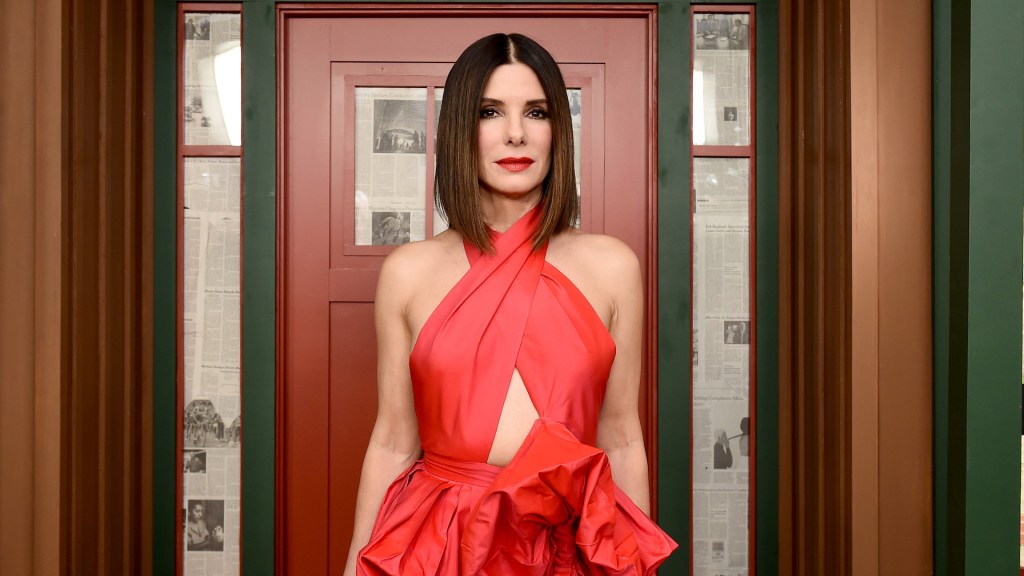 The move comes a year after Bullock lost her previous two dogs, Poppy and Ruby, who died on after the other. The loss was even worse as the dogs passed just a few weeks after Bullock’s father, John W. Bullock, in September 2018 at the age of 93. In an interview with on The Ellen DeGeneres Show, Bullock opened up about her emotions after her string of losses. “I was like, ‘I’m gonna be fine,’ And then a week later, I’m in bathtubs crying and the kids are like, ‘Is Mommy OK?’ Everyone was like, ‘Just leave Mommy in the bathtub. She’s gonna be fine.’ So, you know what? It’s life. But, you know, when you lose your little rides-or-die, it makes things different,” she said.

What’s important is that Bullock is healing and opening her home to a new member of the family! Now let’s see some photos of this cute little critter!