By now, most of the English-speaking world knows about Kate Middleton and Meghan Markle’s Wimbledon outing, at which the pair laughed, talked,and generally had a whale of a time. One onlooker was particularly taken with the moment when Kate comforted Meghan after Serena Williams’s Wimbledon loss, given Meghan’s close friendship with Williams. The overall tone of their courtside date was already genial enough to dispel any lingering feud rumors. But this comforting gesture from Kate suggested that these two Duchesses don’t just get on — they may actually be good friends.

Details of this touching moment between Meghan and Kate come courtesy of a “close observer” speaking to People. The source claims the two royals “were genuine and sweet together,” adding that “Kate put her hand out and rubbed Meghan’s back to console her” after Meghan’s pal Serena Williams lost the match.

Royal commentator Victoria Arbiter also spoke to People about this moment and weighed in on why she thinks these two royals might be bonding now. “It illustrated a warm relationship between these women who have young babies and are in similar situations in their lives,” Arbiter told People. It’s true: Meghan and Kate likely have more in common with each other than they do with most people in the world — it would be such a shame if they couldn’t lean on each other and learn from one another’s experiences. 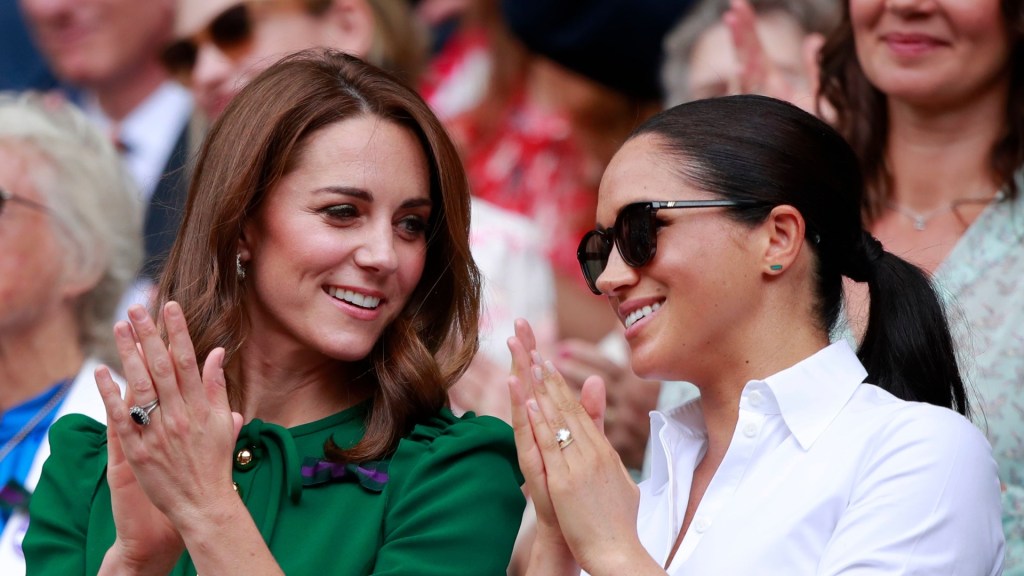 The truth is, Kate and Meghan have both looked exceedingly happy in pretty much all recent photo ops (remember them goofing around on that playdate for the royal cousins?). Maybe it’s because their friendship has strengthened, and they’re excited to have each other to bond with as mothers to young children. Maybe it’s due to factors we know nothing about. All told, we’re just happy to see them happy — and seriously, when’s the last time you saw Kate grinning this much?!