The creator of one of the most popular reality series may be in hot water. Warner Bros., the production company behind The Bachelor, is investigating series creator Mike Fleiss for allegedly assaulting his pregnant wife, Laura Fleiss. Fleiss’s wife was granted a temporary restraining order from a judge on Tuesday, July 17, that requires The Bachelor creator to remain at least 100 yards away from her. The restraining order came after Fleiss’s wife’s complaints that he verbally and physically abused her, according to court documents obtained by Deadline.

A spokesperson for Warner Bros., told People, “We are aware of these serious allegations, and are looking into them.”

This week, Fleiss’s wife filed for a restraining order after Fleiss allegedly attacked her and “demanded” that she have an abortion after learning that she was 10 weeks pregnant, according to court documents obtained by Deadline. In her filing, Laura Fleiss included photos of her sustained injuries and bruises from the alleged attack. She also submitted security camera footage of the altercation, which she claims happened at their home in Hawaii on July 6. According to court documents obtained by Deadline, Fleiss is not allowed to be in direct or indirect contact with his wife and has been ordered to vacate their home in Hanalei, Hawaii, per the temporary restraining order.

According to court documents obtained by The Blast, Laura Fleiss, who shares son Ben, 4, with Fleiss, alleged in her statement: “Our son Ben was in the house, seated in another room nearby. Mike told me, ‘If you have an abortion, then we can just go back to the way we were.’ Prior to July 4th, Mike threatened me that if I did not have an abortion, he would end the marriage. This was not the first time he had threatened a divorce during our marriage, but now, he was using this threat as leverage to force me to have an abortion.” 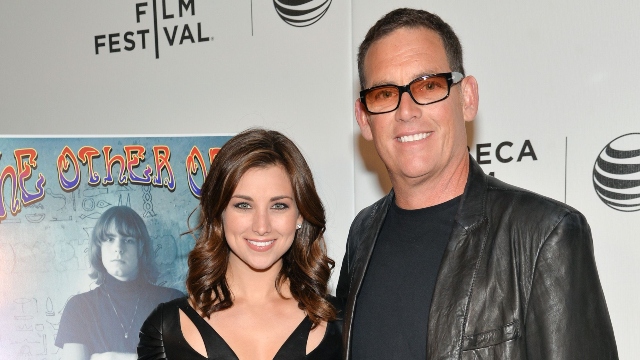 Mike — who recently filed for divorce and requested primary custody of the couple’s son, per People — denied his wife’s allegations in court, according to documents obtained by The Blast. “I have not hurt, attacked, or attempted to physically harm Laura or our child … in any way,” he said. “Laura was the aggressor during the incident and physically attacked me,” he continued. “I tried to get away from her as she was chasing me and hitting me. I have security footage from our home that shows the incident, which the Court can review.”

The couple married in 2014 in a ceremony officiated by Bachelor host Chris Harrison.