The Royals have been out in full force for this year’s Wimbledon, and while the children haven’t been around, they’re there in spirit. Kate Middleton gave Prince Louis shoes with his name on them, which she was gifted at Sunday’s Wimbledon match.  In photos published Hello!, the Duchess of Cambridge was at Wimbledon on Sunday to watch the Men’s Finals when she was handed a special set of trainers (British for sneakers) by former Wimbledon champion, Stan Smith. The white shoes had the words “Prince Louis” on the side in gold and were signed by Smith himself.

After criticisms about what the Duchess of Sussex, Meghan Markle, wore at the tennis match, it’s no surprise that Middleton was decked out in an elegant blue dress. Her husband, Prince William, was dressed to complement her in a gray suit. Wimbledon has been a great day for everyone to bond with each other, with both Kate and Meghan having a Mom’s Day Out at the tennis event. (And there were no talks of upstaging this time around.)

Prince Louis himself is slowly becoming a bit of a fashion icon, rocking his mom’s sunglasses to darling effect. These new sneaks should look great in his closet. William’s sons are certainly cultivating an interest in tennis. Reports are that Louis’s older brother, Prince George, has an interest in tennis, even taking private lessons from tennis champ, Roger Federer, according to the Daily Star. 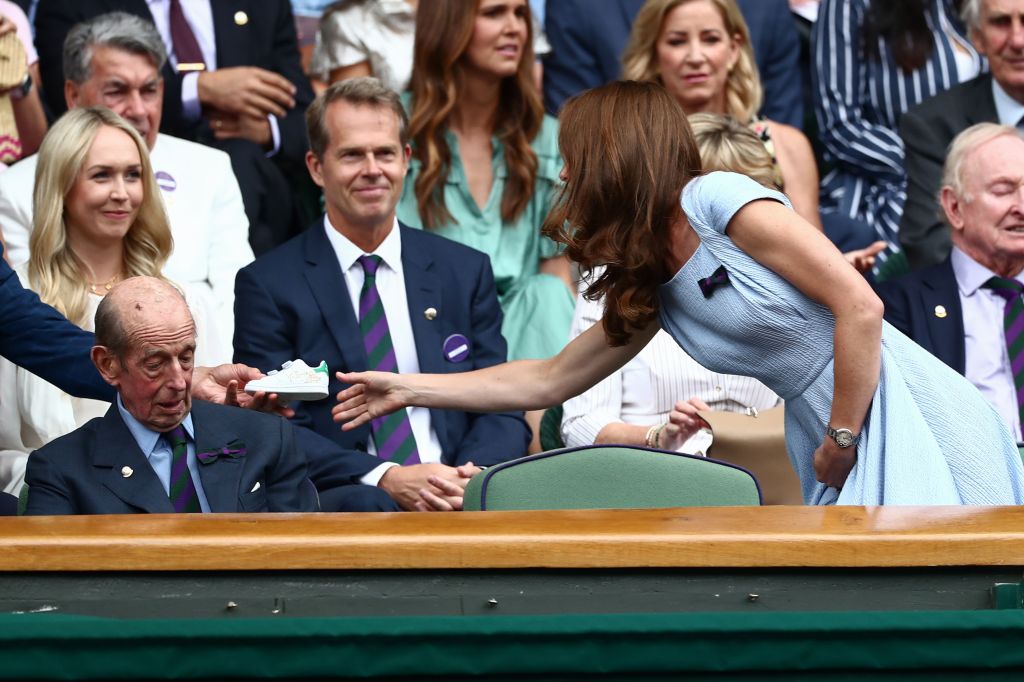 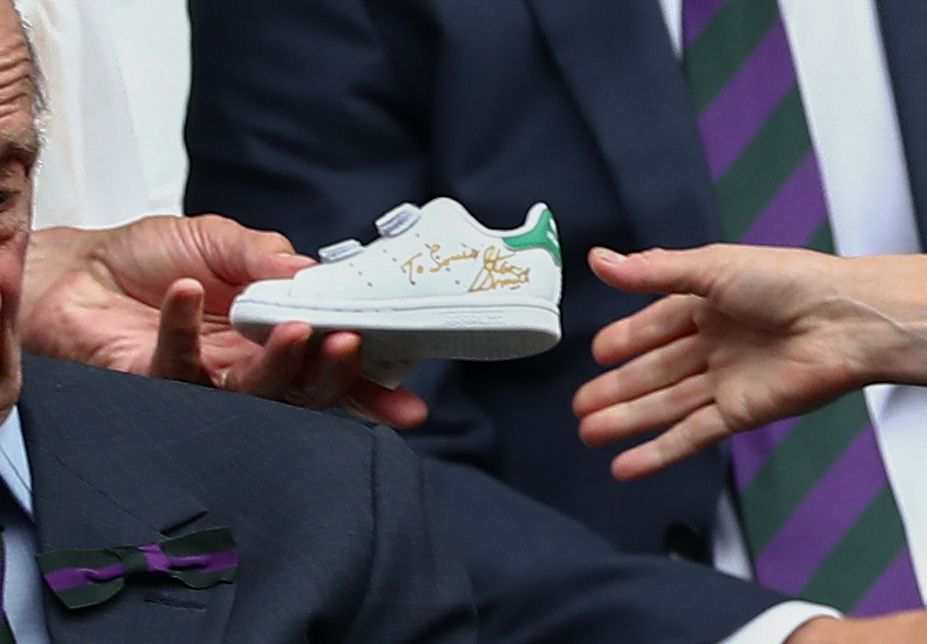 Prince Louis is only a year old, and he’s already living his best life, one filled with free shoes and all sorts of perks. The life of a royal baby!