Growing up as the kid of a celebrity comes with its challenges — but it also comes with major perks, like walking a red carpet before you even turn 1. This week, an 8-month-old celebrity kid did just that. Gabrielle Union and Dwyane Wade’s daughter Kaavia’s first red carpet took place at the Nickelodeon Kids’ Choice Sports Awards, and by all accounts, Kaavia was a natural to the spotlight. Dressed all in white, Kaavia was as stylish as she was adorable. The only thing cuter? Seeing how obsessed Union and Wade are with their baby girl.

While Kaavia shined in her all-white ensemble, parents Union and Wade were looking sharp too. Union sported an Antonio Berardio cocktail dress with a peacock design, and Wade rocked a patterned black suit with a white tee and sneakers. Kaavia has some experience in the world of high-end fashion already, appearing on her first magazine cover for Parents with mom Union back in March.

Of course, dressing to the nines and appearing in front of flashing cameras is a lot for an 8-month-old: but Union and Wade revealed to Us Weekly how they prepped Kaavia for the big night. “We gave her a stern talking to in the car,” Wade joked. Union added that they “bribed” Kaavia with puffs, and Wade jumped in to clarify: “She loves the puffs so we gave them to her right before she got out of the car.” Whatever works! 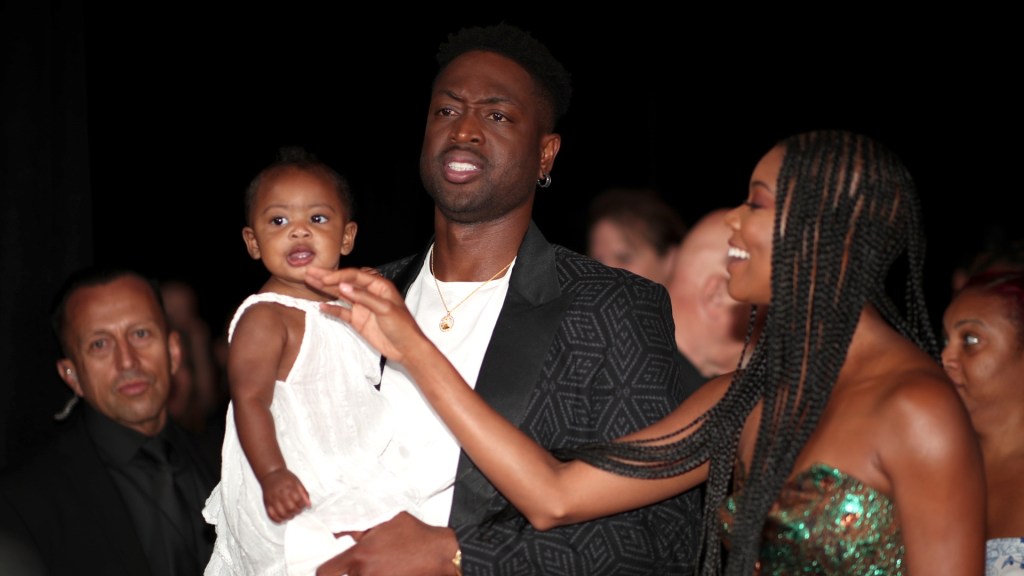 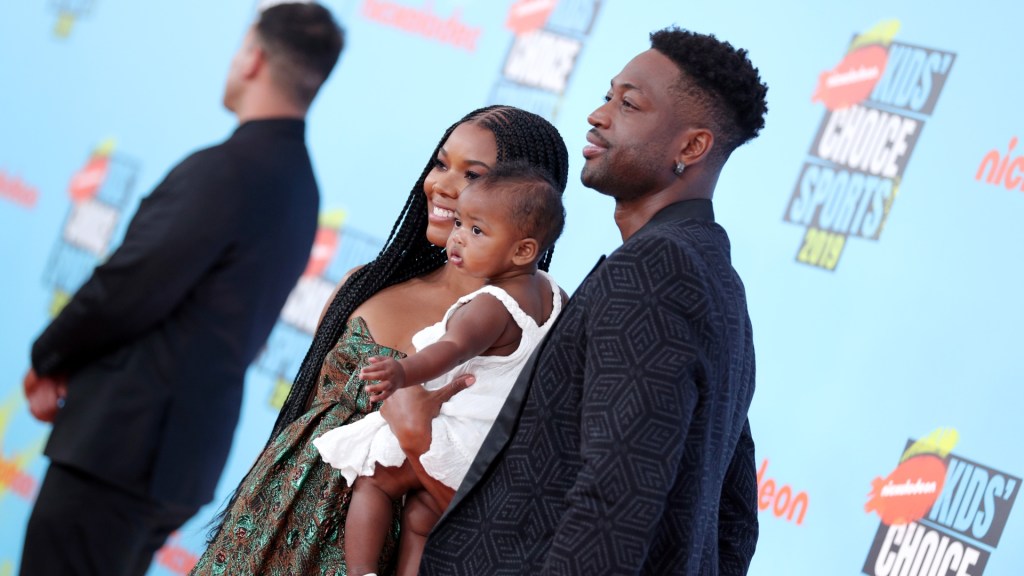 Once upon a slime #KidsChoiceSports

While Kaavia isn’t exactly smiling on the red carpet, don’t take it as a sign that she’s unhappy — that’s just her signature look. Frequently referred to by her parents as “Shady Baby,” Kaavia’s Instagram is filled with hilarious references to her signature pout. Kaavia even posted from the red carpet event: a sweet pic of dad Wade touching her face. The caption reads: “Yeah Yeah Yeah, I got it. Stop touching the talent. I’m only here so I don’t get fined.” Shady baby indeed!

Yeah Yeah Yeah, I got it. Stop touching the talent. I'm only here so I don’t get fined.