If you’ve ever wanted to wear a royal’s used gym clothes, Princess Diana’s Virgin Atlantic sweatshirt is being auctioned off. As reported by Harper’s Bazaar UK, the late Princess of Wales’s iconic navy blue Virgin Atlantic sweatshirt, which was gifted to her in the late 1990s by Sir Richard Branson, is available for purchase in an auction. And we swear: It’s not as gross as it sounds.

Harper’s Bazaar UK reports that the sweatshirt in question is being sold on RR auction with bids starting at $7,000. Per the magazine, the late People’s Princess would often wear the oversized sweatshirt when she would go to the Chelsea Harbour Club in London. But the sweatshirt wasn’t just any ‘ol sweatshirt. It was Princess Diana’s go-to outfit as a way to prevent the paparazzi from taking photos of her in new ensembles. A few months before the princess’s death in 1997, Princess Diana gave the sweatshirt to her close friend and longtime personal trainer, Jenni Rivett, with the note: “Dearest Jenni, lots of love, Diana x.”

“This sweatshirt was given to HRH by Sir Richard Branson. It became her most worn top on her regular visits to the gym,” Rivett told Harper’s Bazaar UK. “She felt there were far more important issues to focus on in the world then her gym attire and therefore decided that wearing the famous Virgin sweatshirt to every session, would be a good way to stop the media frenzy.”

Rivett continued, “A few months before her untimely death she called me to say she had left a few sweatshirts for me. Amongst them, this one – which I have now decided to part with.”

The navy blue sweatshirt features retro image of Virgin Atlantic’s “Flying Lady” logo, which was inspired by pin-up girls sketched by Peruvian painter, Alberto Vargas, in the ’30s and ’40s.

The sweatshirt is still up for grabs on RR Auction, so you better put in your bet when you have the chance. Fair warning though: It’ll cost you. The auction closes on July 10. 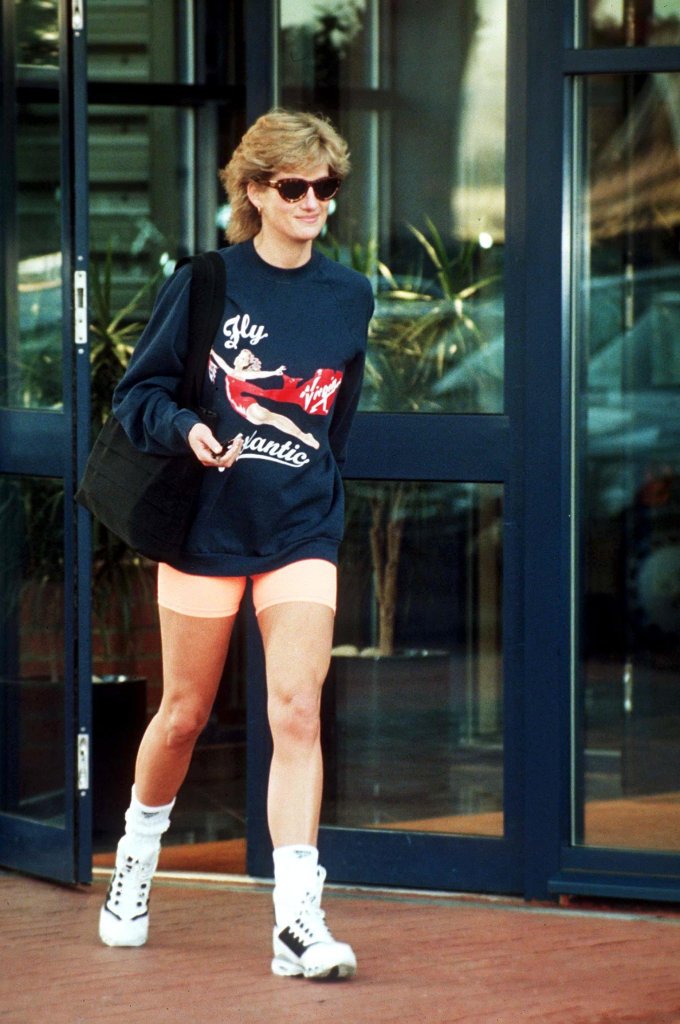