Here’s some royal drama we never knew existed: Prince Charles’s feud with Camilla Parker Bowles’s sister, Annabel Elliot. Well, feud may be a strong word. According to Elliot herself, she and the Prince of Wales argued, like any sibling-in-law — only the stakes of their arguments were much, much higher given their royal relationships.

According to Express, the Prince of Wales and the Duchess of Cornwall hired Elliot as their interior designer in 2012 to design the couple’s cottages and renovate Dovey Castle. Per the outlet, Elliot converted a “run-down barn building into a lavish guesthouse at the couple’s Dumfries House in Ayrshire, Scotland, an old house Prince Charles bought, which would often be used for weddings. Though Elliot was no novice when it came to interior design, Prince Charles, according to Elliot, wasn’t always a fan of her designs and would often micromanage her choices.

“He always likes to be completely involved and know what’s being suggested,” Elliot said in the 2012 ITV documentary The Royal Restoration. “He’s looking at every piece of material — ‘What’s this for?’, ‘Is that for a chair?’, ‘Where’s that sourced from?’ ‘Has it got nylon in it?’ He doesn’t like duvets.”

Though Elliot admits that she and her sister’s husband argue — a lot — she contends that their disagreements are actually “healthy” debates. “You know, it’s all that kind of thing, it’s very very important to him,” she said. “He will look at everything. His eye for detail is quite extraordinary. I don’t think I’ve ever worked with anybody who is so interested in the detail.” 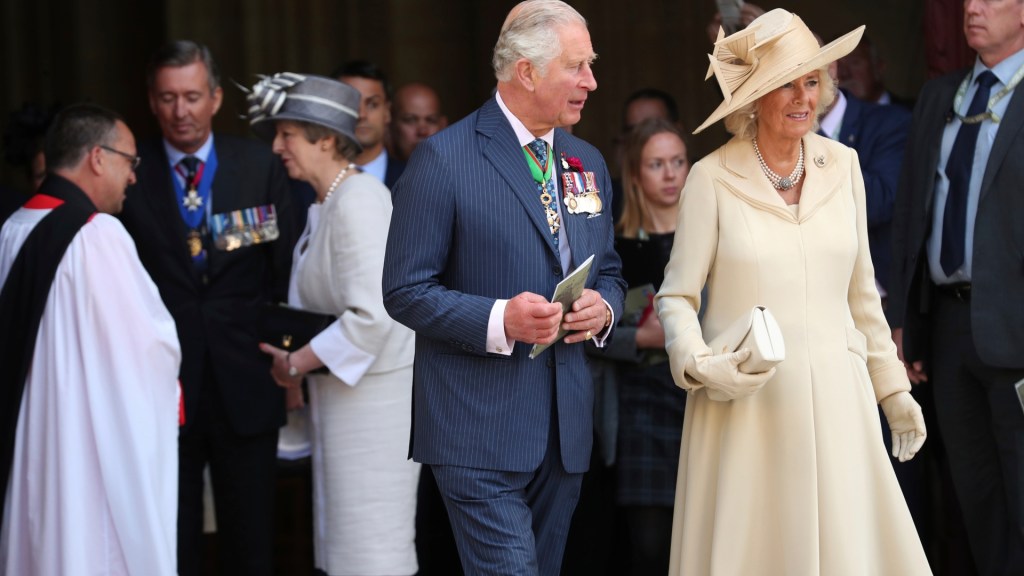 One example of a disagreement was in spring 2012 when Elliot nervously showed Prince Charles her renovated guesthouse, which had a few too many TVs for the royal’s liking. “Every room has a television,” Charles said, according to Elliot. To fix things a bit, Elliot put in some flowers and lamps to hide the TVs.

But TVs weren’t the only thing Prince Charles had a problem with. Apparently, he also strong feels about the lack of a rug in the living room. “I knew there would be certain things that he would pick up on, so the moment we went into the living room – because he likes rugs everywhere: ‘Where’s the rug, Annabel?’ ‘Coming sir, coming, coming!’” she said.

Hey, can’t win ’em all — especially when it comes to royal siblings-in-law.