Prince Harry seems to have grown a lot in the last few years, and that might have been in response to his older brother, Prince William. According to a source, Prince Harry envied Prince William and Kate Middleton’s family. Paul Burrell, the former butler to Princess Diana, told Yahoo: “I think for a long time that Harry has looked at his brother and envied him and thought ‘I’d like some of that, I’d like a nice family around me.’ And now he has it so it’s the beginning of the future for Harry.”

These claims aren’t exactly shocking, though they make sense. By the time Prince William and Kate married in 2011 and had their first child, Prince George, in 2013, Harry was nearing 30. After several years of engaging in youthful shenanigans and garnering a bad boy reputation, there’s no denying he was growing up upon seeing his brother settle down. Since that time, he’s married Meghan Markle and welcomed his first child, baby Archie. (The couple has gone through three nannies in the process). 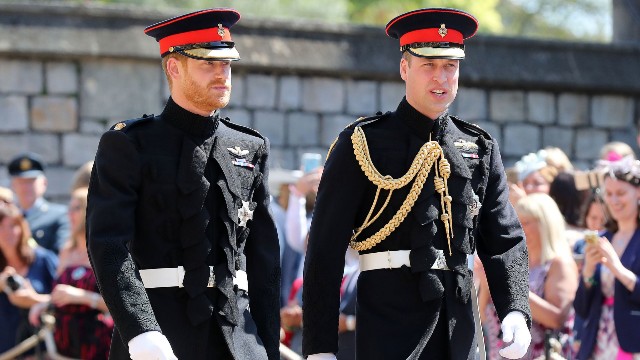 Since his marriage, rumors have risen about how “old” Harry has changed through his marriage to Markle, but maybe it’s just his adult personality finally taking center stage. Though Harry still seems to retain a lot of his mother’s personality traits, he is his own person, and it’s possible the “old” Harry just isn’t him anymore. Harry and Markle remain committed to keeping baby Archie out of the public eye as much as possible, leading to even more (unwarranted) criticism for the infant’s upcoming christening. He’s raising his family his way and hopefully translating that former envy into admiration.