Today marks what would have been Princess Diana’s 58th birthday. In celebration of the late royal’s legacy, the media has been highlighting how her influence lives on — including the way Prince Harry continued Princess Diana’s tradition of kneeling for kids. According to Daily Mail royal photographer Ken Lennox, Diana was the first royal to squat to the eye level of children on royal visits. The photographer notes that Harry, Diana’s son, has picked up this trait too.

Speaking to the Daily Mail Weekend magazine, Lennox detailed how exactly Diana’s conduct differed from royals before her. “There is something she always did that Harry now does,” the photographer said. “If she was meeting children she would get right down to their level to talk to them and make eye contact with them. Before her, royals would just bend over and look down.”

As plenty of photographic evidence reveals, Harry too will “get right down” to the eye level of kids he’s greeting — and it seems Meghan Markle, Prince William, and Kate Middleton have all adopted Diana’s signature move as well. Obviously, this method of talking to children has a more personal touch than peering down from above. And that’s exactly what Diana was known for: bringing a level of warmth and personal connection that was previously not expected from the royal family. 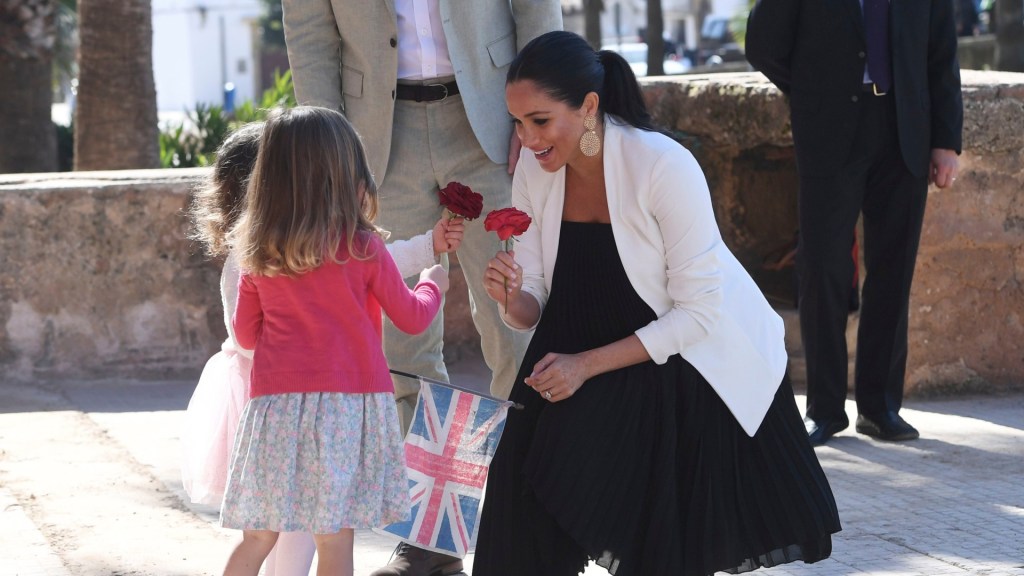 Both of Diana’s sons have taken great care to honor their mom’s legacy — in their personal lives and royal work alike. From Harry’s wedding to Meghan’s engagement ring, Diana has had a strong presence in the Sussex royals’ marriage; and William and Kate’s upcoming trip to Pakistan is considered a nod to Diana’s trip in 1991.

The world is in no danger of forgetting Princess Diana — and it’s lovely to see how her demeanor impacted the royal family for generations to come.