When Adam Levine recently walked away from a $30 million paycheck as a judge on The Voice, fans were shocked. Now, with the new season coming, Blake Shelton reacted to Gwen Stefani replacing Adam Levine on The Voice, and how different it will be with his girlfriend next to him instead of his co-judge of 16 seasons.

At a Mastercard event in Los Angeles, the country singer discussed his relationship with Stefani, who he’s been dating for four years after the two met on the reality series in 2015. “It’s actually shocking that it has already been that long,” Shelton told People. That doesn’t mean their romance isn’t going to stop either from winning the competition next season.

A recent Instagram post from Stefani alluded to her plans beat Shelton, which he says isn’t happening. “I’m glad that she’s already feeling competitive. Of course, I’m not going to let her win,” he said. “I’m going to have to win, but I’m going to have to do it in a way that she doesn’t feel like I beat her….This will be her fourth time on the show, so she’s no stranger to it. She knows what she’s doing.” 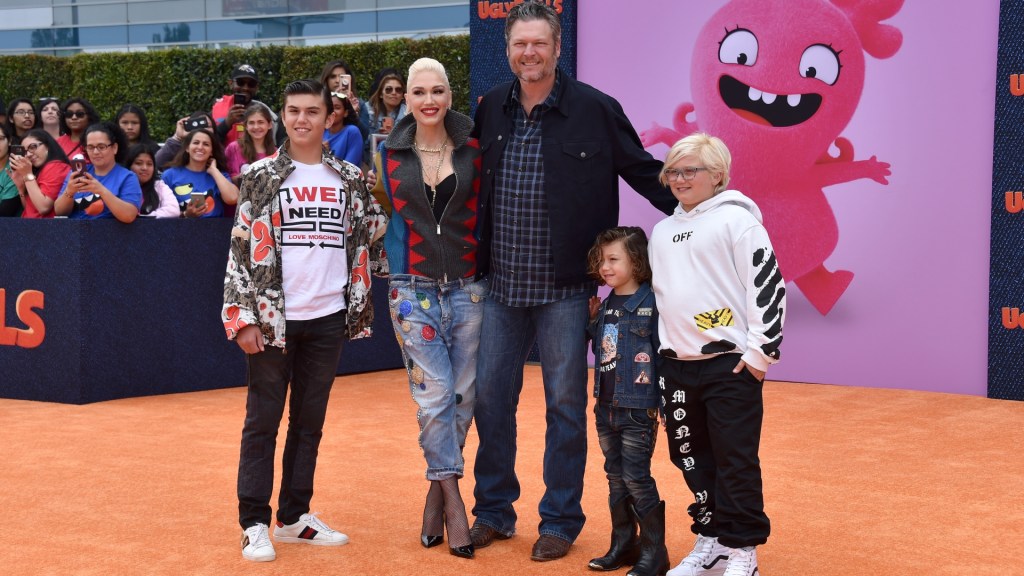 And while Shelton noted that Levine’s presence will definitely be missed, he’s glad to have prettier eye candy with Stefani around next season. “We’re all going to miss Adam. There’s no way around it. But [Gwen’s] way better looking than he is, in my opinion.”

It’s great the couple has been together so long, in spite of Shelton’s ex Miranda Lambert shading him during her performance at the 2019 American Country Music Awards. There’s still no word on whether Stefani and Shelton plan to tie the knot, though each has called the rumors “complimentary.”