Rumors be squashed; a major reunion isn’t happening. Lady Gaga and Bradley Cooper were rumored to reunite following his breakup with Irina Shayk. As for what the reunion would’ve been, sorry Gaga-Cooper shippers, the get-together would have been more of a performance than anything. The pair, who swooned audiences as love interests in A Star Is Born, were in talks to play a set at an upcoming music festival.

The rumors were swirling around the 2019 Glastonbury Festival and whether or not the Oscar-nominated actor and Oscar-winning songwriter would appear to perform songs from A Star Is Born. Scottish DJ Edith Bowman hinted at a possible reunion on his “Sunday Brunch” show, saying, “I may know one [surprise act], I can’t possibly say,” Bowman shared. “On my podcast I had Bradley Cooper talking about A Star is Born, and when I spoke to him I was like, ‘I just want to see you guys do a gig, you know play it live.’ He was like, ‘Well we have been talking to Nick [Dewey] and Emily Eavis about it, we’d do the Park Stage.'” Well, it seems those rumors may have only been just that — rumors. 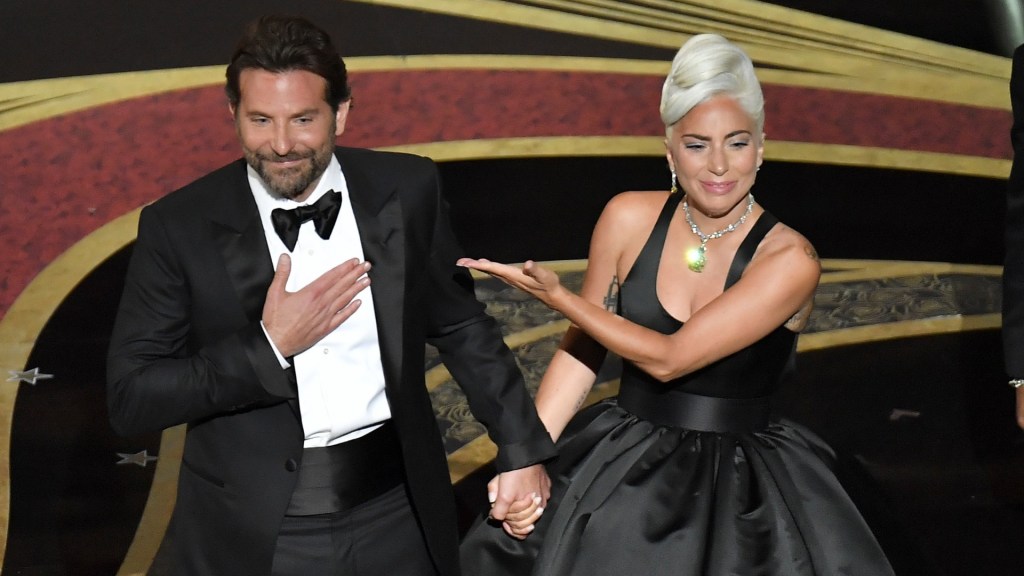 According to Us Weekly, one of the co-organizers for this year’s Glastonbury Festival took to Twitter to set the record straight. “Before this one gets out of control… the answer is no, that isn’t happening,” Emily Eavis shared. Had the rumors been true, it wouldn’t have been the first time either Gaga or Cooper were on the Glastonbury Festival stage. Gaga previously played at the festival 10 years ago in 2009, while Cooper performed on the stage for a scene of his iteration of A Star Is Born.

While Cooper has laughed off the idea of touring the soundtrack with Gaga, he has expressed interest in doing a live reading of the script at the Hollywood Bowl. The duo gave one of the most memorable performances of the original song, “Shallow,” at the Academy Awards this past February. But for now, it seems that Gaga and Cooper are remaining far from the shallow as they set their creative eyes on future projects.