The royal family definitely has some of the best stylists at their disposal. But sometimes, it’s family who gets the last word. Prince Harry needed Queen Elizabeth’s approval for his wedding outfit to Meghan Markle. For an exhibit about the royal wedding, Prince Harry shared that it was the Queen who had the final say on his look for one of the biggest days of his life.

The exhibit, titled “A Royal Wedding: The Duke and Duchess of Sussex,” is now in Scotland and includes recordings of the couple sharing the sentiments of the day. The exhibit also includes the stunning garments the family wore, among other memories. There are photos from the big day, tiaras, the Duchess of Sussex’s wedding dress and even the outfits worn by Prince George and Princess Charlotte. 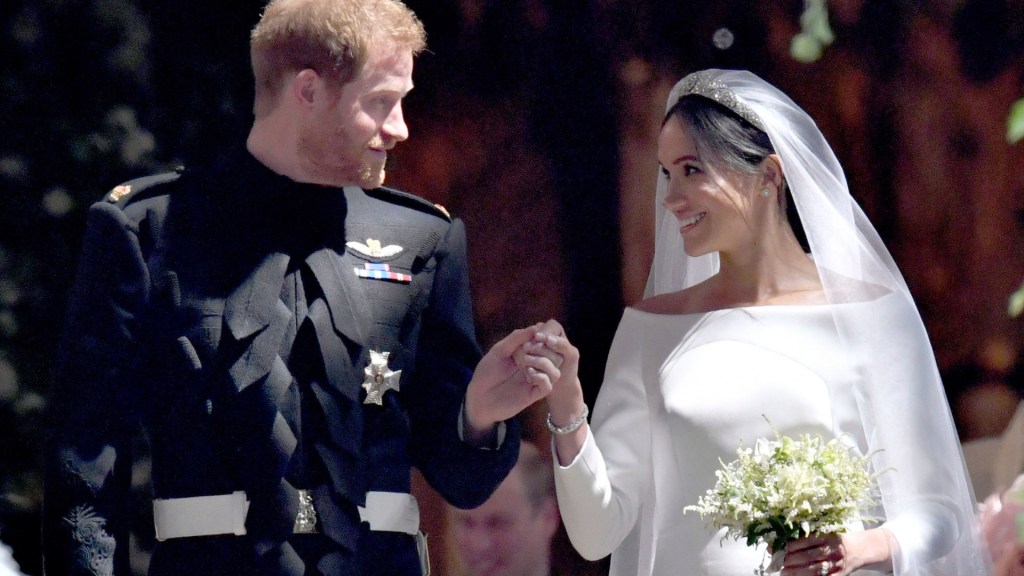 In the recordings where the couple share behind-the-scenes break downs of the wedding, Prince Harry revealed it was his grandmother, Queen Elizabeth II, who had the last say on his wedding frock. “I chose the frock coat as a uniform, with permission from my grandmother, because I think it’s one of the smartest Household Cavalry uniforms,” Prince Harry shared. “It’s one of my favorites, and I was very fortunate to be able to wear that on the day.”

With the royal seal of approval, Prince Harry wore the garment and looked quite dashing. But all eyes were on Meghan Markle. The Duchess of Sussex shared in their recording, “A great level of detail went into the planning of our wedding day. We knew how large the scale of the event would be, so in making choices that were really personal and meaningful, it could make the whole experience feel intimate.”

In May 2018, tuned in to watch Prince Harry and Meghan Markle exchange vows in a wedding ceremony the royal family — not to mention the world — had never seen before. Combining cultures and traditions, details like the Queen offering her approval of Prince Harry’s wardrobe choice for his big day, make the sentiment of a family wedding that much stronger. Oh, how we wish we could relive the magic again!