And the shocking hits keep on coming from Lamar Odom’s book tour promoting his new memoir, Darkness to Light. While discussing the book on The Jenny McCarthy Show, Odom revealed Khloé Kardashian texted him talking about the time she beat up a stripper. Odom’s mention of the story, which is also featured in his book, is not only a jaw-dropper but a stark reminder that his marriage to Kardashian was probably more fraught than we know.

Odom opened up the discussion about the stripper incident to host Jenny McCarthy during his Wednesday, May 29 interview with a casual comment.

“She sent me a text yesterday,” Odom shared. “She talked about one of the stories that I told in the book about her coming to the hotel and putting her hands on a girl. She said that she didn’t even think that I remembered that story.” 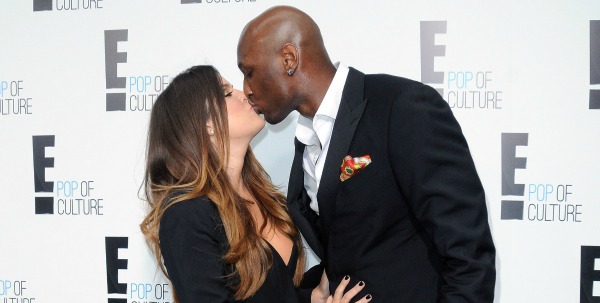 “[She] opened the door and pounced on the first girl she saw,” Odom shared, going on to say that Kardashian was “dropping vicious blows all over the top of this girl’s head.”

Odom told Us Weekly in a separate interview that he didn’t warn Kardashian, Jenner or the rest of the family that that incident (among many others tangentially related to the family via Kardashian) would be included in the book.

“I didn’t really, which I probably should have, but there’s not one bash in there about her or her family at all,” he commented. Odom also hopes for reconciliation with Jenner, who had to witness the true extent of Odom’s behavior during that stripper incident.

“That love that I have for Kris Jenner and her family, it’ll never go anywhere,” Odom stated. “I haven’t really spoken to her in a minute, so hopefully she can see this, and she can hear my thoughts.” 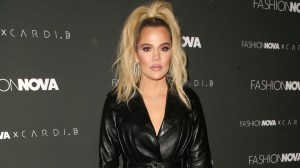 Lots of ugly, brutally honest details about what really happened in Odom and Kardashian’s four-year marriage have been coming to light during Odom’s Darkness to Light book tour. Odom’s casual revelation that the story of Kardashian beating up a stripper she found with him in a hotel room comes on the heels of revealing in an interview that he threatened to kill Kardashian. Add this to Odom’s previous comments about how the book deals with his infidelities during their marriage and his drug use and it’s all just… so much. It makes you feel for Odom, yes, but it also makes you feel for Kardashian. She’s mostly stayed mum publicly during Odom’s book tour, but it’s hard not to believe that his new revelations about the dark side of their marriage aren’t taking a toll on her, too. Even from Odom’s side of the story, we can never truly know what she went through, felt or is still feeling today.