Warning: This article is dark and full of Game of Thrones Season 8 spoilers.

With one battle down and another big one looming, the fight for the Iron Throne is not even close to being completed. As teased in the new photos for GoT season eight, episode four, Daenerys is planning her attack against Cersei and she has never looked more determined to reclaim what she believes is rightfully hers. But she and Jon Snow have suffered major losses after taking down the Night King and his army of White Walkers, so there’s plenty of preparations that need doing and an army to rebuild before they invade King’s Landing.

In the first of a handful of new photos released on Wednesday, we see Missandei, Daenerys and Varys standing around a map of Westeros in the library at Winterfell. If you look closely, you can see markers on the map of Westeros hovering around Dragonstone and quite possibly King’s Landing (the two locations are actually not that far from each other), indicating that there might be a plan to regroup at the Targaryen home before charging south. All three characters look quite serious as they look at the same person (it’s unclear who is speaking), also indicating there is a resolve like never before to complete their mission and take down Cersei. 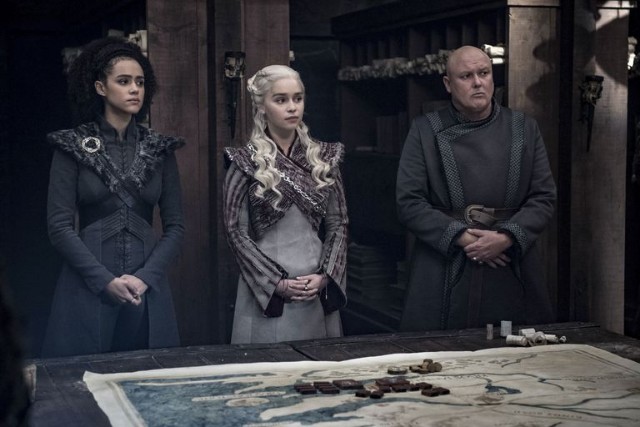 Then, there’s this charming moment with Dany and her trust dragon, Drogon, who survived the Battle of Winterfell despite being overwhelmed by White Walkers. Dany looks a little less serious which makes me wonder whether she and Jon take one final romantic dragon right together and try to work out their problems before battling Cersei. 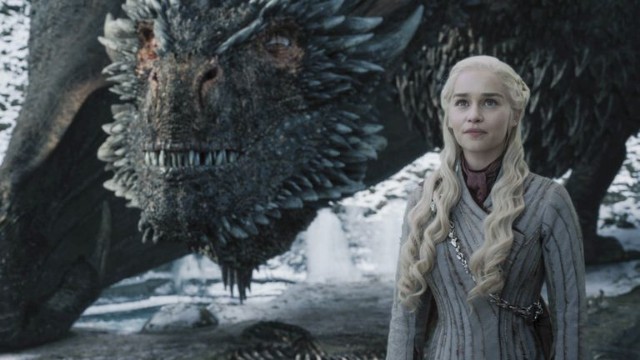 Of course, episode four is going to have to deal with saying goodbye to those lost in the Battle of Winterfell, including Jorah and Lyanna Mormont, Beric Donderrion, Edd Tollett and Theon Greyjoy. Jon looks especially melancholy as he looks out at the funeral pyres full of dead soldiers, and we’re reminded of the true toll the fight for the Iron Throne is taking on him as well as everyone else. In a second photo, you can see that Grey Worm is helping in lighting the pyres while the survivors say goodbye. 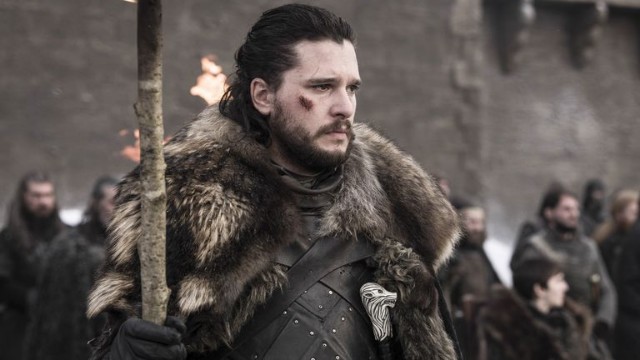 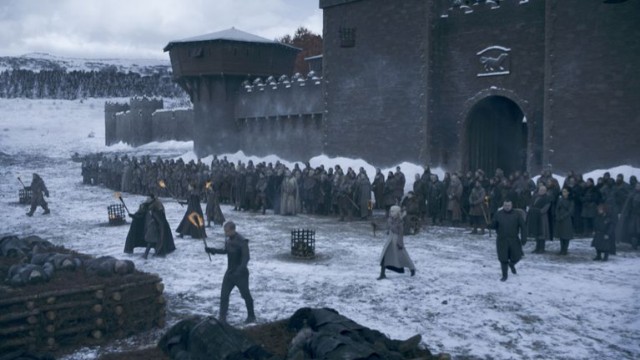 Two opposing sides: the Starks and their Northern allies are seen standing to one side while Daenerys and her advisors stand with their own. There’s a feeling of discord here, as if the tenuous alliance between Jon and Dany is manifesting as a literal separation between the sides during this time of mourning. 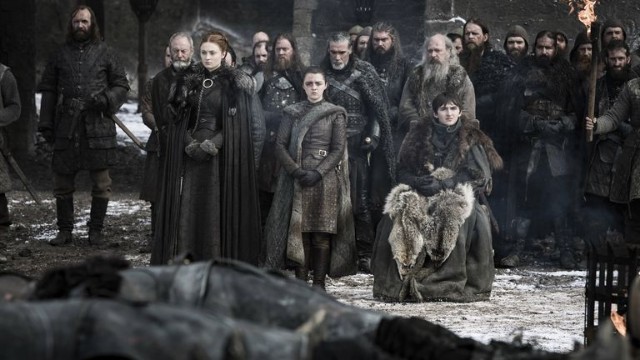 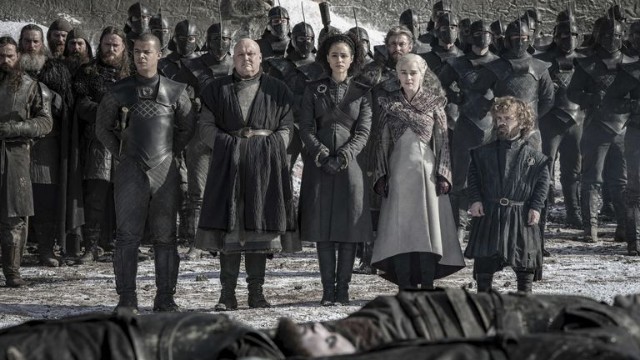 Finally, some movement! It’s not clear which destination they’re headed to, but Daenerys is on the move in episode four. Buckle up. 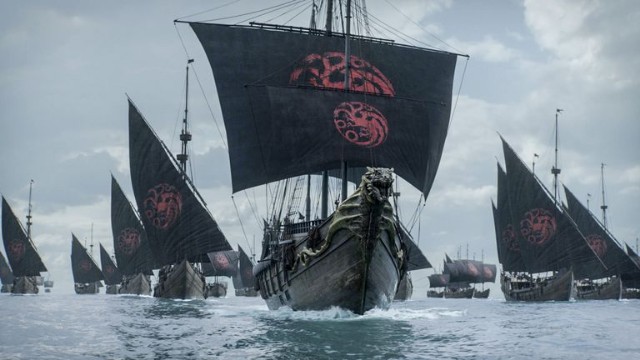 Finally, Euron and Cersei look like the cats who ate the canaries as they look out onto King’s Landing. They’re probably feeling mighty sure of themselves after hearing about the devastation up north, but let’s not get hasty; it ain’t over ’til it’s over. 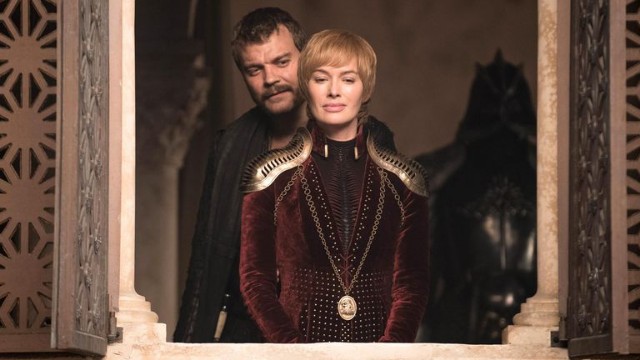 We’re all kinds of nervous and excited to see how the final battle between Daenerys, Jon and Cersei is going to go, so tune in this Sunday at 9/8c on HBO.