Brace yourselves: the White Walkers are ready to invade Winterfell and take every last citizen with them. Game of Thrones is preparing for the Battle at Winterfell and we believe at least five of our most favorite characters will die in the battle. We’ve always known that there would be some tough goodbyes during GoT‘s final season and with only three episodes left, now is the logical time for the characters to start getting picked off.

So, who will die at the Battle of Winterfell? Here are the top 5 picks.

Spoilers ahead for Game of Thrones season eight, episode three. 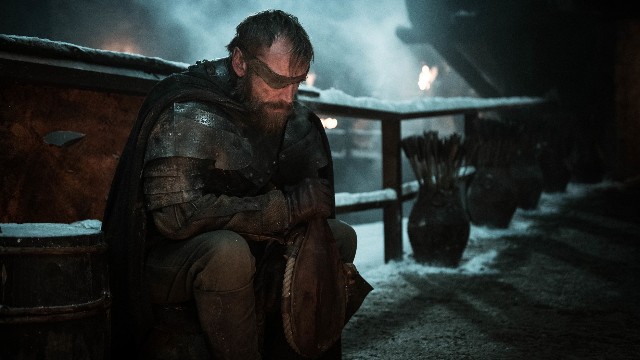 Beric has been living on borrowed time for years now, so it’s almost inevitable that he will die in what will be the most epic and devastating battle in GoT history now that Thoros of Myr, a fellow member of the Brotherhood Without Banners — and the one who resurrected Beric — is dead. Plenty of references have been made about the fact that Beric can die at any given moment and that he needs to be especially careful, so yeah, basically, he’s going to die. It just feels like an absolute certainty, don’t you think?

If the White Walkers make it inside Winterfell, then you can trust Davos to be one of the first soldiers to fight them off. In episode two, Davos counseled a resident of Winterfell about why it’s necessary to fight even if he’s never been in battle, citing his own incredible skill and survival of the Battle of the Bastards. This feels like a warning and reminder that Davos is not naturally a fighter and he could be a weak link in the battle against the undead.

Brienne has sworn an oath to protect Sansa, Arya and Bran and has remained loyal to the Stark children for years. She will be leading the charge for the Stark army at the Battle of Winterfell and the chances are good that she could be among the first to perish in battle. Yes, she is an extremely skilled and confident fighter, but there’s something of an ominous shadow hanging over her after Jaime knighted her in episode two, “A Knight of the Seven Realms.”

In episode 2, Grey Worm promised Missandei that once the Battle of Winterfell was done, he would take her back to her tropical home, the island of Naath. Grey Worm may as well have tattooed “Dead Man Walking” on his forehead with that kind of promise because there are rarely — if ever — happy endings for the regular folks in GoT. Additionally, Grey Worm has been devoted to serving Daenerys, no matter the cost, for years. He would die for her, so considering it is in his very nature, as a soldier, to always prepared to die in battle then we should expect him to perish in the coming episode.

I know, I know. It’s almost impossible to believe that Jaime Lannister, who has worked so hard to try and be one of the good guys over the course of season seven and season eight, will die. But this is the third of six episodes in the season, which means that the big deaths will start happening here. Not everyone is going to make it to the end of the season in one piece; heck, Jaime’s not even in one piece as it is. We saw how much of a detriment it was to Jaime’s survival when his gold hand helped sink him to the bottom of a river in season seven, so I really doubt that he’s learned how to masterfully fight with it. It’s been a major plot point in that past that Jaime has been struggling to fight like he used to with his golden hand and it’s been a hot minute since we’ve gotten an update on whether or not he is still a capable fighter. Even though his sword is made of Valyrian steel, which will surely kill a White Walker, Jaime has to actually land a blow. I am willing to bet Jaime falters during the battle and falls victim to the White Walkers, all but ensuring he not only dies, but becomes one of the undead.

Place your bets now and then stock up on hard liquor to make every cocktail imaginable because watching the third episode of Game of Thrones season eight is going to be a white-knuckle event.