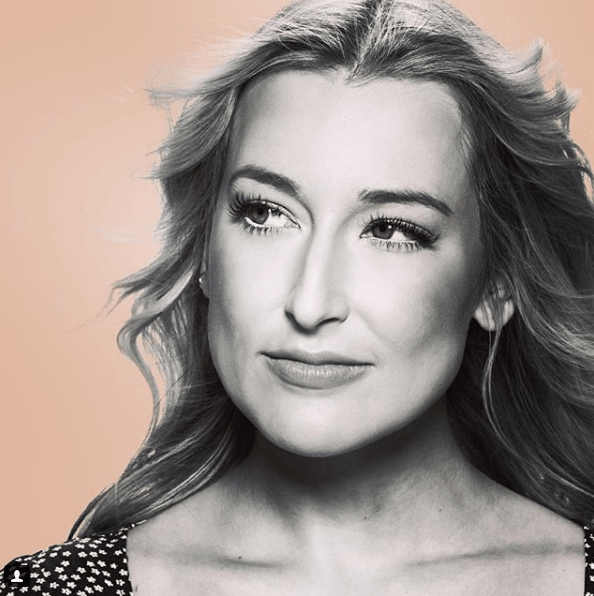 In an opulent suite overlooking a construction site, I’m told I can ask Céline Dion one question. Before you can say “If You Ask Me To,” I start freaking out. For one, Dion is a lifelong personal idol of mine, and secondly, I’m not exactly known for concision. Hackneyed journalistic inquiries barrel through my mind, until I realize that what I want to ask Dion about is something personal, and beyond that, painfully obvious. As the singer of the world’s greatest ballads, I want to ask her about overcoming heartache. It’s a subject I recently contemplated, and no one embodies a Heart Going On more than Céline Dion.

Within minutes of gliding into Las Vegas’ Encore Hotel (we are later told Beyoncé  and Cardi B. rent this room) like it’s the Colosseum’s stage, Dion addresses me and a group of other editors. She is about four feet away, clad in a malachite dress that complements her sun-dappled complexion. From her golden hair to her chestnut limbs, she appears fresh off of a holiday in Nice, although I know this to be false. Her eyes catch mine several times. I feel like three million dollars, which probably approaches the nightly rate of this room. And as she begins to speak about her new beauty partnership–the reason we are meeting this fateful day in Sin City–tears form in her eyes.

“I never thought in my whole life that this would happen. When I was young, I didn’t always feel confident and pretty. I was bullied at school, I had problems with my teeth, and I was very skinny. I hated to go to school because it was really hard. So I never thought that L’Oréal Paris was going to ask me at 51 years-old to become an ambassador,” Dion says. “It’s a miracle.”

Technically, at the date of this meeting, Dion is two weeks out from turning 51 years-old, but she has no qualms rounding up to the nearest whole. Two days prior, she performed at Caesar’s Palace, with more vibrance, wit and aplomb than I can possibly locate any day of my 30 year-old existence. Back in January, Dion’s parade of avant-garde fashion in the City of Lights led Vanity Fair to crown her the “undisputed winner of Paris Fashion Week.” Reverence for Dion among Millennial and previous generations is expected, but her aesthetic panache broke Gen Z’s internet–in a way you’d expect only a Social Media celebrity could. Suddenly, the younger set understood what we’ve known since the ’90s: Dion is an indisputable icon of cool.

Beyond demographic transcendence, Dion is a shining example of a woman bucking society’s attempts to render her irrelevant with age. “When I started here [Caesar’s Palace], they said ‘she’s going to die here. Her career is over. The Titanic is going to sink,’” Dion muses. “It’s been 17 years–we can say 25, I don’t care.” After 17-or-25 years (who’s counting, really?) of shows, Dion is finally hanging up her Vegas residency hat with a final performance on June 8, 2019. But after that, don’t expect to her to fade away.

Dion’s current exuberance surpasses her plum partnership with L’Oréal Paris, and fans of her legendary pipes will be delighted. “I’m coming out with a new album and I’m going on tour as well,” Dion reveals. As she begins taking questions, it becomes apparent through her long, detailed anecdotes and GIF-worthy comedic riffs (she at one point starts impersonating Cher) that she is thriving, and that she actually cares to authentically connect with us writer plebeians. She’s so generous that it takes her around 45 minutes to answer three questions.

In the end, I never got to ask Dion my question about heartache–but somehow, she still answered it. Read on for what she had to say.

On the power of a good beauty routine

“The world is changing, and L’Oréal Paris is part of that in a positive way. They came out with a phrase that will live forever–because you are worth it. It’s telling women that you have dreams and you have the right to speak. You have the right to do and realize what you want. And it’s about time.

Don’t tell me that you don’t believe that feeling good and looking beautiful is not helping you to have the focus and the vision to say, ‘This is where I want to go, because I have something to say, and today I will be heard.’ It’s inside out, but the things we put on ourselves, the creams and the conditioners, the nails and the makeup and all that…For me, when I change from outfit to another it changes my demeanor. It makes you feel strong, and feeling strong makes you succeed.”

On the advice she’d give her 26 year-old self

“I don’t want to go back to 26 years-old; I know exactly where I was then. I don’t want to sound pretentious, but I was selling 35 million albums. The industry has changed, everything has changed. And you know what? I wouldn’t give advice to myself because I feel so good now that I don’t even want to think about those days.”

On experiencing sexism in the industry

“All my life, I’ve had so much protection. I never felt that [sexism] directly because I’m the 14th child of the family, and I had a big army in front of me. René (Dion’s late husband and manager) always surrounded me with the best people in the world. I’ve been so protected, it never reached the other side of the fence. But I know for a fact that women were not treated appropriately for so long. Change is going to come. It’s up to all of us to speak up. If we count on society to help us, to get us out of there, it won’t happen.”

On gambling, loss and Las Vegas

“I lost my dad during the journey of “A New Day [Has Come].” My dad, who is still my biggest fan. He would enter the Colosseum at Caesar’s like he was the Pope: ‘She’s my daughter, this is her colosseum.’ He was giving me a standing ovation every single show. Losing my husband during that second chapter of Caesar’s Palace, he was so proud of me. He used to bring my parents and I here, before we had money to play. He was a gambler, he loved gambling. And I’m so glad he was, because no one was going to take a chance on a 12 year-old little girl, who was thin and ugly.

[There has been] so much happiness, year after year, people coming in. In the last couple of years, I feel like I have grown in a very strong and happy way, through dance, through friendship, through my team, through motherhood.”

On what she wants to be when she grows up

“Dramatic. That’s my thing. The problem with me is that when I love something, and when I want to do something, I don’t know when to stop. Like right now, I should stop (laughs). But I won’t.”