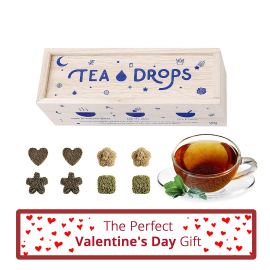 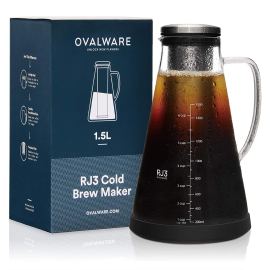 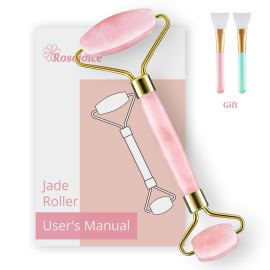 Whether you love Valentine’s Day or hate it, a good playlist is never a bad idea. We’ve put together the only romantic playlist you need this Valentine’s Day featuring some of our favorite artists and songs to put you in the mood for love. Don’t worry — even if you’re not spending the holiday with your S.O., these songs are great for basically any Valentine’s Day plans. Put together a perfect bubble bath and grab a romance novel, curl up on the couch with some takeout or treat yourself to an orgasm or two.

Whatever your plans, this playlist is the perfect accompaniment, with crooners like Justin Timberlake, John Legend and Ray LaMontagne to keep the love alive. Take a look at the tracks below and compile them on your Spotify or Apple Music, perhaps with a few of your favorite love songs thrown into the mix as well.

Ed Sheeran has really mastered the love song with hits like “Perfect” and “Tenerife Sea” but “Thinking out Loud” from his 2014 album Multiply makes us swoon every time — this hit also led to Sheeran becoming Spotify’s most-streamed artist of all time, so it’s not just us.

Justin Timberlake’s new album, Man of the Woods, has quite a few sexy songs — but none quite so sexy as “Morning Light,” which also features the dulcet tones of Alicia Keys. This song perfectly captures the infatuation of a new relationship and the enduring love of a committed one.

One of Tori Amos’ most romantic tracks, “A Sorta Fairytale,” captures the ethereal feeling of falling in love, with perfect piano accompaniment to the grounded-in-reality-yet-still-fantastical lyrics.

Cyndi Lauper, “I Drove All Night”

It’s not Valentine’s Day without Cyndi Lauper. “I Drove All Night” is all about escaping the oppressive atmosphere of the big city to spend the night with the person you want most in the world, and we love Lauper’s passionate, soaring vocal performance on this dancy track.

John Legend, “All of Me (Live from Spotify Milan)”

We couldn’t make a romantic playlist without John Legend. This live version of “All of Me” is raw, powerful and gorgeous. We’ll let it speak for itself.

Etta James’ “At Last” is perhaps the most romantic song ever recorded. Its lyrics are moving, its music perfectly paced as it crescendos in time with the lyrics. This song embodies the feeling of being truly in love and believing no one else can ever make you feel this complete.

There are many covers of Edith Piaf’s “La Vie en Rose,” but we’re incredibly fond of this Louis Armstrong version. The introductory trumpet makes you want to slow dance with your one and only, and Armstrong’s gravelly voice exudes charm in the most affecting way.

Ray LaMontagne, “Hold You in My Arms”

Ray LaMontagne’s “Hold You in My Arms” has featured on several soundtracks and for good reason. It’s romantic, sexy and sweet. He croons about comfort in hard times and makes us fall in love every time we listen.

Norah Jones, “Come Away with Me”

Keeping with the soft, sensuous feeling, Norah Jones’ “Come Away with Me” is a romantic entreaty to run away together, something we’ve probably all fantasized about at least once.

Iron & Wine’s “Such Great Heights” featured on the Garden State soundtrack and introduced imagery that still gives us chills over a decade later.

We love Ingrid Michaelson and we love her cover of Bon Iver’s “Skinny Love,” which is all about loving someone and not knowing how to express it. Her live version is accompanied by an acoustic guitar and a sense of melancholy that’s still somehow hopeful for a better future.

If you need a romantic movie recommendation for Valentine’s Day, we suggest Once. This musical has broken dozens of hearts on Broadway and off, but “Falling Slowly” by Glen Hansard and Markéta Irglová is perhaps the most enduring and romantic song of the deeply moving soundtrack.

Johnny Cash, “You Are My Sunshine”

Johnny Cash takes the childhood lullaby “You Are My Sunshine” and elevates it into a beautiful, romantic track that will make your heart feel full and your limbs feel warm. It’s an ideal way to close out your Valentine’s Day, no matter how you plan to spend it (or with whom).

Click here to see some of the best last-minute Valentine’s Day gifts on Amazon.