Musician Pharrell Williams made waves on Sunday night when he presented at the 2019 Oscars. His outfit turned heads (he wore camouflage shorts!) and sparked curiosity about who Pharrell’s wife, Helen Lasichanh, is because she attended the Oscars alongside him and looked just as stylish as her husband. Sure, Williams likes to keep his life on the down-low, and Lasichanh is perhaps even more private than her husband. But what we do know about Lasichanh proves she’s a fascinating human.

Here are just a few factoids about Lascichanh, and make sure to check out Pharrell and Lasichanh’s fab Oscars outfits after you read up.

1. She marches to the beat of her own drum 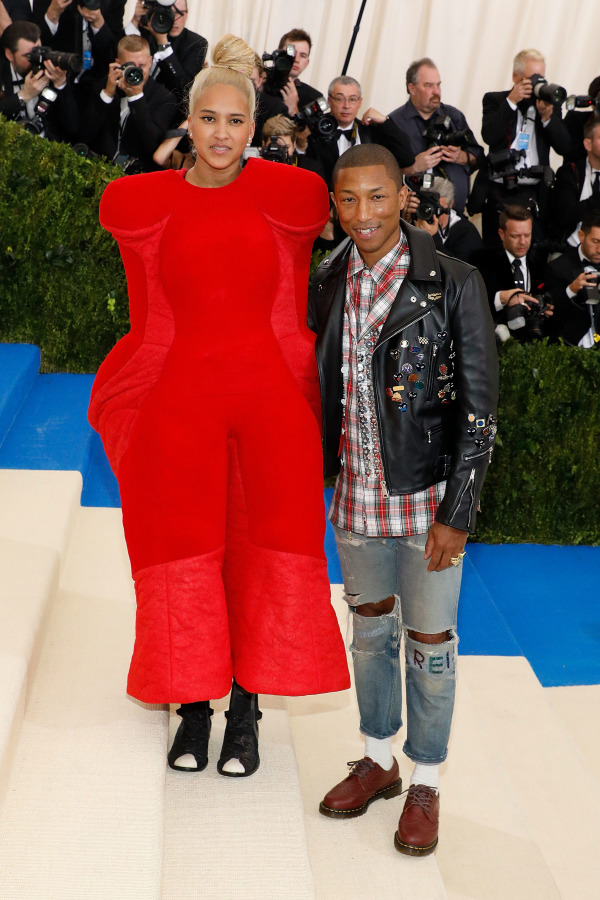 When the couple stepped out for the Met Gala in May 2017, Lasichanh rocked a puffy outfit that looked like a giant red cloud. In a sea of teeny-tiny — and majorly uncomfortable — dresses, Lasichanh dared to be different. Can we get a “hell yeah”?

2. She cares about giving back

For the past two years in a row, Lasichanh and Williams have been spotted serving food to the less fortunate at the Los Angeles Mission Christmas Celebration.

3. She’s a model and designer

In fact, Lasichanh regularly makes Huffington Post best-dressed lists and has garnered some serious love from them, along with other news outlets.

4. Pharrell had to be super patient to win her over

When Williams and Lasichanh met, she had a boyfriend and wouldn’t look twice at the handsome musician. They were friends for two and a half years until she became single again, and even after that, Williams had to work hard. According to an interview with Oprah, she played hard to get, not even responding to half of his texts! Looks like her ploy worked, though, because Williams doubled down on his determination until she fell for him.

5. She was his longtime girlfriend before they got hitched

Once they started dating, neither Williams nor Lasichanh was very eager to walk down the aisle; they preferred to wait until they were good and ready. The couple dated for years before confirming their engagement in July 2013 and were married just a few months later, in October 2013.

6. She wore plaid at her wedding

What else would you expect from an avant-garde fashionista at her wedding? On their big day, the trendsetting bride and groom reportedly wore plaid from head to toe, and many other guests dressed in tartan.

7. They look amazing together 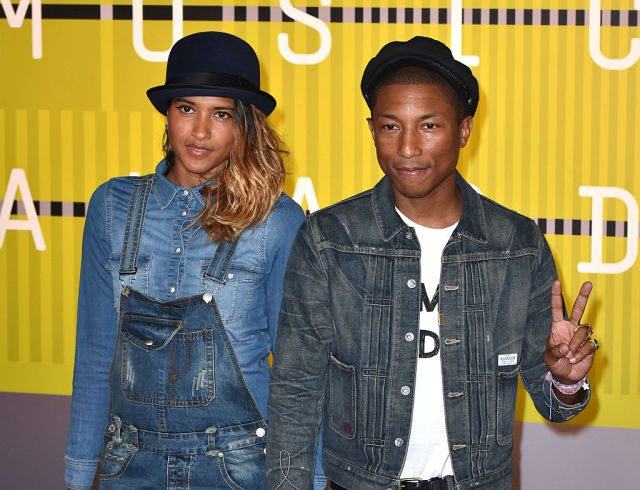 Williams has always kept his fashion — and his music — out of the box, and for that reason, we believe he chose the perfect mate. At awards shows, like the Grammys, and at Fashion Week, Lasichanh and her beau are known for showing up in complementary cutting-edge styles, always dressed to the nines.

Next: She and Pharrell made the most adorable mini-Pharrell

A version of this article was originally published in August 2015. It was updated in February 2019.