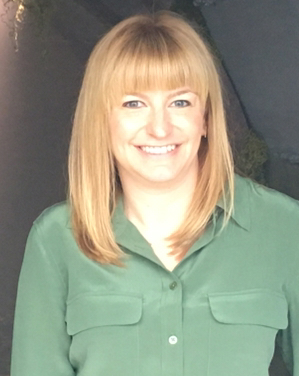 From the very first frame, Oscar-winning director Steve McQueen’s Widows (in theaters Nov. 16) takes a daringly> different approach to the formula laid out in the brilliant 1983 British TV series of the same name upon which this 2018 version is based. While the bones of the plot remain intact — the widows of four thieves killed during a botched heist come together to finish what their husbands started — McQueen and screenwriter Gillian Flynn’s facelift of the source material leads to fascinating changes that improve upon it in a multitude of ways.

Spoiler alert for Widows: Stop reading if you want to avoid spoilers about the plot or characters.

More: November Movies We’re Most Excited For
There are, of course, superficial changes you notice right away, like different locations — the movie swaps in Chicago for London — as well as character names, traits and certain narrative omissions. However the time-tested hook hasn’t changed at all: Played in the film by Viola Davis, Michelle Rodriguez and Elizabeth Debicki, (and played in the original series by Ann Mitchell, Maureen O’Farrell and Fiona Hendley), three women with nothing in common except the criminal debts of their recently deceased husbands must band together to pull off a high-stakes robbery. Though the film’s narrative follows a path similar to the show’s, the territory it winds through has changed quite a bit.

Widows is packed with statements about how acts of violence great and small incurred by men and carried by women ripple out with various consequences. When we first meet Alice (Debicki), she’s nursing a bruised face given to her by her hubby, Florek (Jon Bernthal). Linda (Rodriguez) has her livelihood — her dress shop — ripped away from her. Veronica is threatened by her husband’s debt collectors, intimidating brothers Jamal (Brian Tyree Henry) and Jatemme Manning (Daniel Kaluuya). All these details act as an alarming wake-up call to women everywhere never to put their financial freedom in the hands of their men and add intricate groundwork upon which to build the story.

McQueen and Flynn (author of Gone Girl) draw inspiration from the show when it comes to the characters, but they aren’t beholden to original writer Lynda La Plante’s creations. The group dynamics may be similar, but the filmmakers take liberties with their version. For example, the original series’ Bella (Eva Mottley) and the film’s Belle (Cynthia Erivo) are both strong, physically fit badasses recruited into the widows’ crew when they need a driver. Nevertheless, their motivations vary — the series’ Bella’s is greed, while the film’s Belle’s is survival.

More: All the Movies Premiering During the Holiday Season

Shifting a couple of the characters originally played by white actors to women of color plays a major part in the perspectives and drives of the widows. Dolly, the lead in the TV series, and Veronica, the film’s lead, may share the same leadership qualities — short temper and steadfast love of their husbands — but the similarities end there. In the film, Veronica, a dark-skinned Black woman, is used to navigating the world in a certain way, but that’s altered once her white husband is gone. It’s revealed that the root of her marital problems stems from timely racial injustice — a narrative not adapted from the show. Meanwhile, in the series, O’Farrell’s Linda is young and naive, while Rodriguez’s version of Linda isn’t. She’s a Latina betrayed not only by her dead husband, but also by her own family, who abandoned her in her time of need.

The location change from London to Chicago hammers home the point that crime always exists — it’s just taken on an altered form. The new setting lets the film explore themes of corruption, impoverished communities and the mistreatment of minorities as demonstrated through the characters of Tom (Robert Duvall) and Jack Mulligan (Colin Farrell). The father-and-son political power duo espouses varying degrees of hypocritical rhetoric — Tom being maybe the more racist and misogynist of the two.

We also see a more dynamic portrait of motherhood. Linda’s desperate attempts to provide for her two children after being dealt a crushing financial blow are heartrending. Belle is also a mother pushing herself to the limit to provide for her daughter. Her struggle is palpable as she travels from one place to the next to take care of other people’s kids when her own is at home being watched by someone else.

More: How Robin Wright Has Spent Her Career Smashing the Patriarchy

With all this in mind, it’s still disheartening that 35 years after the show aired, powerful and intelligent women in society continue to be taken for granted and underestimated. Gender roles exhibited in the film haven’t morphed much from those in the series. Both make it clear the world isn’t welcoming to women. Instead, the TV series and the film argue that women must adapt to the codes of strength and brutality laid out by men if they want to survive.

Although the TV series also reflected permutations of grief, sorrow, sexism and discrimination, the film ups the ante, making those emotional tonalities part of the bubbling undercurrent of the action. The series tapped into ’80s-era frustrations, giving British audiences a feminist battle cry. In 2018, we’re given similar sentiments in a glossy, fully cinematic package at a time when we need to see them the most. Women pulling together to achieve a common goal is an empowering, timeless statement — one both the TV series creators in 1983 and the filmmakers in 2018 have honored.