Jennifer Lopez is already a triple threat as an accomplished singer, dancer and actor, but she’s got some new skills to show off thanks to her relationship with former baseball player Alex Rodriguez. On Wednesday, the power couple attended Game 2 of the championship series between the Boston Red Sox and the Los Angeles Dodgers at Fenway Park, and Lopez revealed she’s picked up a thing or two about the sport.

More: Alex Rodriguez Revealed a Photo of Jennifer Lopez That Proves They Were Meant to Be

In a video Rodriguez posted on Instagram, he acted the part of game announcer and declared, “Here we are at Fenway after four-and-a-half [innings], 2-1 Dodgers. Jennifer, what’s the sign?” He then turned the camera toward Lopez, who did her best impression of a base coach with some hand signals and a serious expression.

“There you have it. Looks like a hit and run,” Rodriguez said. “Back to you, Joe!”

As reported by Entertainment Tonight, Rodriguez wasn’t at Fenway just for a date night with Lopez. He was fulfilling his role as a postseason commentator for MLB on Fox, but it’s sweet that he spent some time with her in the stands between his official duties.

In another video posted on his Instagram Story, Lopez could be seen rocking out to Rihanna’s “We Found Love.” Fan account @arodtoday reposted the video on their feed. 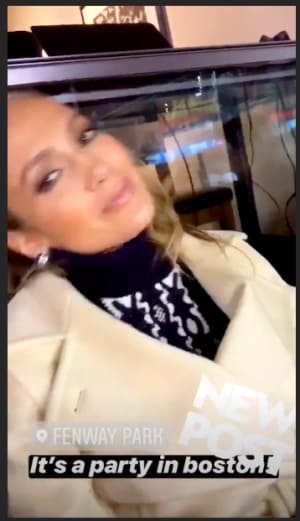 Lopez also updated her Instagram Story with a selfie in Boston and a filtered video of herself and Rodriguez in the stands at the game, where the Red Sox eventually won. 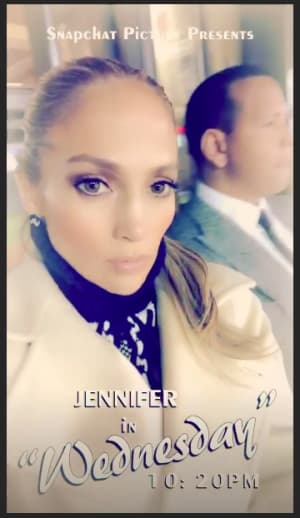 More: Jennifer Lopez’s Instagram of Alex Rodriguez Shows How in Love They Really Are

We know Rodriguez is super-supportive of Lopez’s career, and it’s awesome she’s just as supportive of his. We never thought J.Lo would make such a convincing baseball coach, but she totally pulls it off. It looks like this championship game was incredibly fun, at least in the stands, and we’re here for it.