Leave it to Amy Schumer to turn a birth announcement into a LOL-inducing occasion. Yep! The actor and her husband, Chris Fischer, are expecting their first child — and not surprisingly when you consider the mama-to-be, it is a laughing matter.

“Chris and I are thrilled and almost positive he’s the father,” Schumer joked of the couple’s big news to the LA Times on Monday. “I look forward to competing with [Meghan] Markle every step of the way.”

Schumer made the official announcement earlier in the day on Monday, teasing the news by photo-edited her and Fisher’s heads onto a photo of the Duke and Duchess of Sussex.
https://www.instagram.com/p/BpP62-7ls6s/“About to announce some exciting news on @jessicayellin insta page. Please follow her for up to the minute #newsnotnoise she breaks down what’s really going on. She agreed to post a lil noise today for me! Follow her and VOTE!!” Schumer wrote, pointing fans toward journalist Jessica Yellin’s Instagram profile.

There, Yellin revealed the news via a Story, sharing a lengthy list of Schumer’s midterm election candidate recommendations for votes. To make sure followers didn’t miss the nonpolitical message discreetly embedded in the Story, Yellin included specific directives. 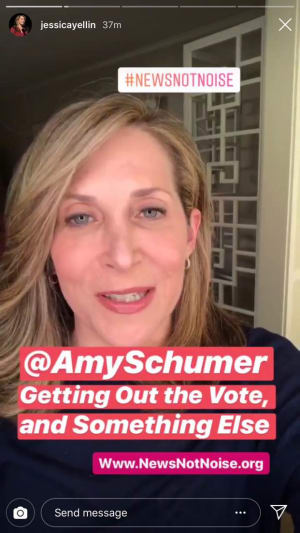 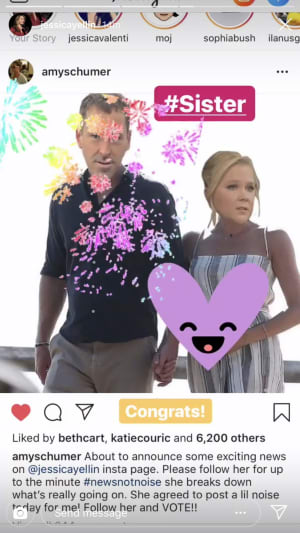 “I wanted to share some news from our community, maybe it’s noise but it’s happy noise,” she wrote. “So I’m not in the business of making voting recommendations, but these are the recommendations of Amy Schumer, one of the most consistent and earliest supporters of News Not Noise. Now read all the way to the bottom, you’ll see there’s some news down there.” 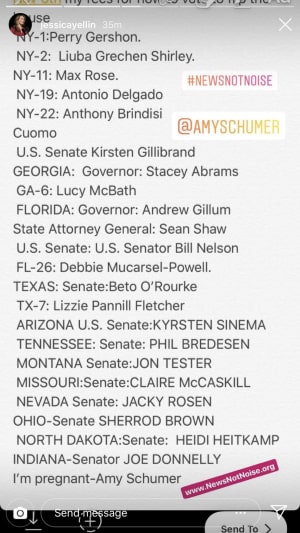 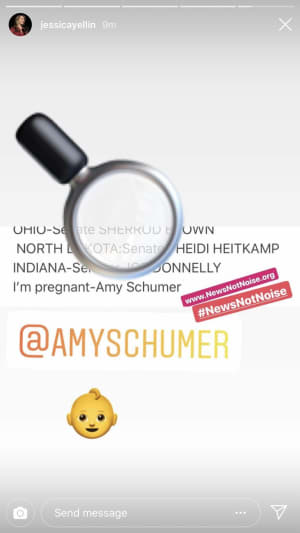 Below the line after Schumer’s recommendation for the Indiana Senate seat (Joe Donnelly, FYI), it read, “I’m pregnant — Amy Schumer.”

More: How Amy Schumer Learned to Be Woke From Gabrielle Union

No due date has been announced yet, but we know one thing the comedian has to look forward to in between here and there: conquering any pregnancy cravings that come her way. Fischer, whom Schumer married in a surprise ceremony last February, is a James Beard Award-winning chef.

Congrats to the parents-to-be!