In 2013, during the long nursing sessions and endless nights that come with having an infant, my husband and I started watching Breaking Bad in marathon sessions, trading our months-old daughter between us. It was the first time we had watched a show as parents, and although we enjoyed the story and the action — it’s still one of my favorite dramas — both of us were repeatedly distracted by one thing: Where was the baby?

One of the major subplots of the show is that inadvertent meth kingpin Walter White is juggling his new secret life as a criminal with a wife and family, which included his infant daughter, Holly. In many ways, Holly represents innocence and the depth to which Walter’s family needs him, but crucially, she is often notably absent from scenes or silently tucked away in a carrier or crib. The Whites struggle with so much in their dramatic lives, but they had a baby the same age as ours, and their experience was enormously different. 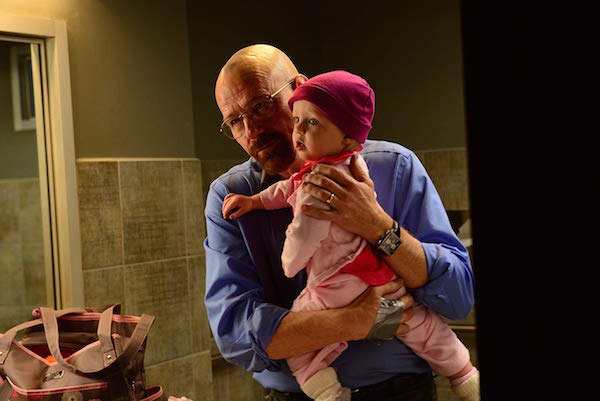 At first, I thought this was a problem unique to Breaking Bad. As I continued to watch (and write about) television as a new parent, I found that it was more of an epidemic. Babies and children are often vital to a story and plot, but child care concerns were repeatedly, noticeably absent.

I asked a group of female-identifying writers with kids if they had noticed the same thing, and a list of shows that ignore child care were quickly fired off, reaching back decades: Friends, Gilmore Girls, Shameless, The Good Wife, The Marvelous Mrs. Maisel, The Americans, Billions and The Big Bang Theory. Even shows that specifically center on parenting and children, like Parenthood and Jane the Virgin, came up. All of these shows had child characters that were, at various points, seen and not seen, cared and not exactly cared for. Why? 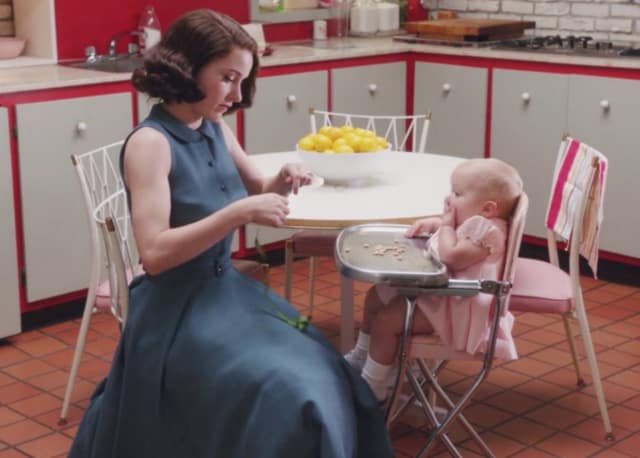 I think that in a world where one-third of families have trouble finding child care for their children, 61% of kids get child care by someone other than their parents and infant care can cost more than college, our television needs to at least try a tiny bit to reflect the world we live in.

How can we fix it? While I can’t totally confirm that this is at the heart of the problem, I have a good guess that it has a lot to do with not having enough women in television writing rooms and not enough women creating shows in the first place. When you aren’t the “default parent” — the parent who has to skip work when a child is home sick from school or who has eight babysitters in her phone contacts — the issue of child care simply isn’t constantly on your mind, and therefore it’s not going to be on the mind of the characters you bring to life.

More: Why I Feel Bad Is the Comedy Every Mom Needs

The shows that are giving realistic child care storylines a good try, like GLOW and Jane the Virgin, are both created by women and noted for their women-filled writers’ rooms. Obviously, we don’t want our television shows to totally reflect real life — it can be an escape — and we don’t necessarily want to watch a show where the main plot is a harried mother struggling to find a backup sitter, a licensed daycare or a just a moment to herself (we have plenty of that in our real lives). But what we do need is to have it present enough in our shows that it starts a conversation, or nods to the issues, or acknowledges the struggle.

Television is a fantasy, yes, but it also reflects real life, real thoughts, real emotions, real conflicts. We connect with our favorite shows because we see ourselves in them; we see the characters feel our struggles and we identify with their worlds. If television did a better job of portraying what it’s really like to care for a child, then perhaps these shows we love would be even better, even more accurate, even more embraced.  At the very least, it shouldn’t be so distractingly obvious to new parents watching that we can’t concentrate on the rest of the show, asking over and over, “But where’s the baby?”