Another blindside rocked Survivor: David vs. Goliath as Natalia Azoqa was sent packing earlier this week — but she didn’t go quietly. Azoqa will likely be remembered for firing off her disappointment, at one point even telling teammate Alec Merlino to shut up as he attempted to apologize for voting her out. We’ve seen blindsides, yes, but never quite like this.

SheKnows had the opportunity to chat one-on-one with Azoqa, and she didn’t hold anything back. Check out her thoughts on that painful elimination and why talking about it now actually makes her — get this — happy.

SheKnows: You were clearly very upset when the group voted you out.

Natalia Azoqa: You know what, talking about it makes me a little bit happier. I got over it, and now I’m, like, reliving it again. The feelings were very strong watching it back. Honestly, I’m just happy I had my moment. I feel like if I didn’t have the opportunity to express myself after getting voted out, I think I still would’ve still been upset about it. Knowing that I went out guns blazing, I’m happy with it. I’m good. 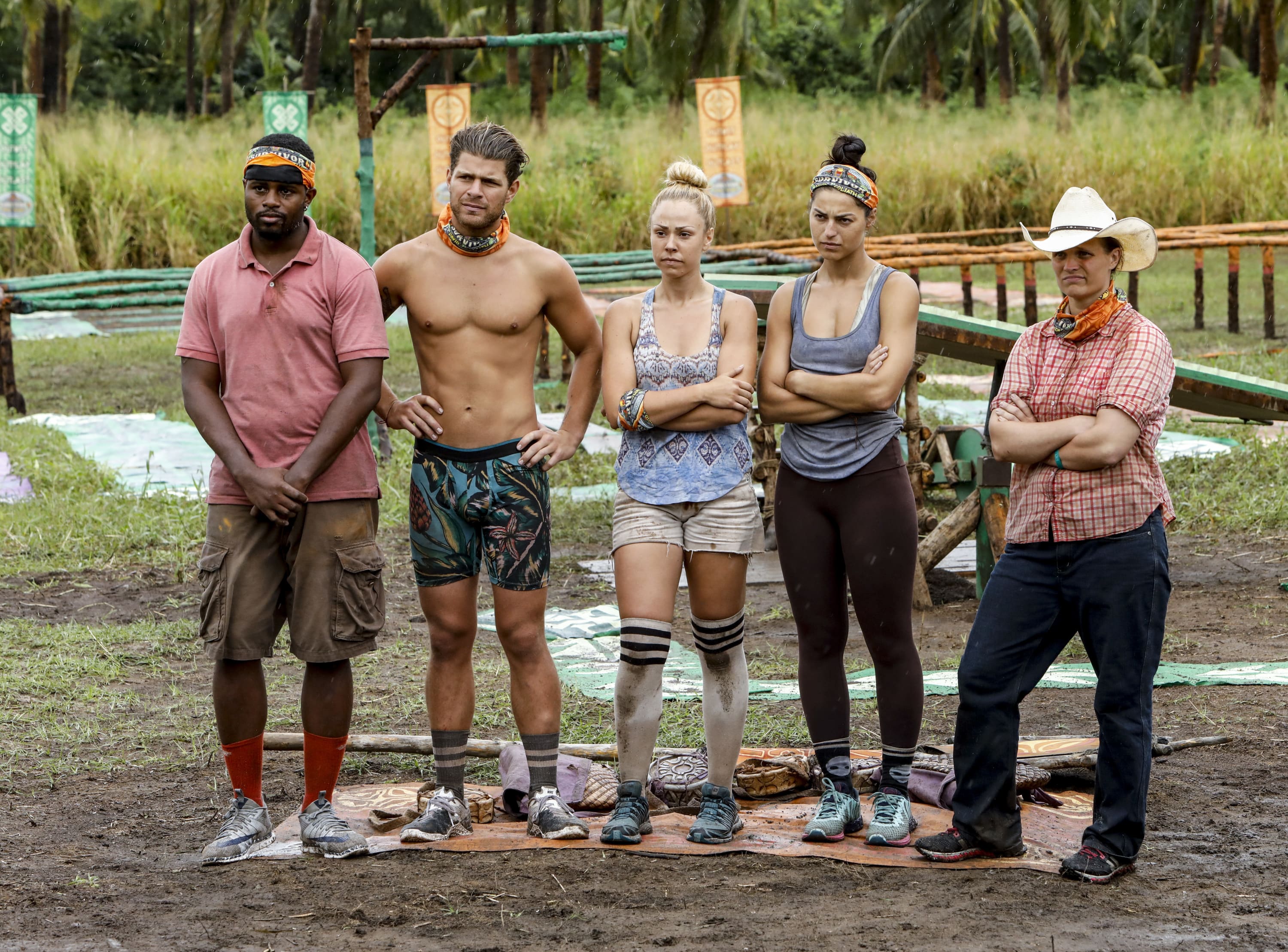 SK: How long did it take you to get over what happened during your elimination?

NA: It really took me a long time. My head was constantly reliving that moment. To this day, I’m still gonna think about it and I’m still going to regret certain things I did and how I could have changed it. I thought that Alec and I were very close friends. We didn’t really talk strategy that much, and I think that’s why I started to really second-guess our relationship. So it was a shock to really confirm my suspicion that he would get me out.

SK: Where exactly did it go wrong?

NA: The audience thinks that Alec and I are really close, which is true. We had a bond, especially on the Goliath tribe, but we never talked strategy. I tried a lot of times to discuss strategy with Alec and to bring him into working with me. I always wanted Kara and Angelina on my side, but Alec is someone I knew I wanted to work with because we had a good bond. He never wanted to open up to me. I already was kind of having doubts with our relationship going forward in the game.

SK: If you and Alec agreed to target Davie instead, do you think that the outcome would have been different?

NA: Yes, I really do think so. I think that Alec wanted to be heard. I was shutting him down for obvious reasons. Elizabeth was saying my name. Davie was totally on board to work with us in the game. If Elizabeth is already talking bad about one of the three of us, why in the world would we move forward in the game with her? It literally didn’t make sense. Alec was so on board with getting Davie out because Davie and Carl are close. To me, I’m like, “That brings the five of us even closer together. If we know that, we can work with both of them.”

SK: Going into Tribal Council, did you have any idea the tides had turned against you?

NA: I had an idea. I think maybe I tried too hard, and that could’ve also been what led to me going home. I knew Alec didn’t trust me. I didn’t feel comfortable at all, and that’s why I had to keep asking for reassurance because I wasn’t getting it.

Going into Tribal Council, I definitely had doubt. That moment I told them to go back to sleep in the shelter was the final straw for me. I get to the camp and they’re sleeping. I’m like, “What are they doing? Why are they sleeping?” We’re about to go to Tribal Council [and] I was freaking out. I woke them up and they were shocked, clearly annoyed that I woke them up. I was like, “Guys, I just need to confirm the vote one more time. Can we please just go over the plan?” I was freaking out because we were about to go to Tribal Council. We can’t really talk until Tribal Council, and I didn’t feel sure. I think in that moment is what triggered it for him. 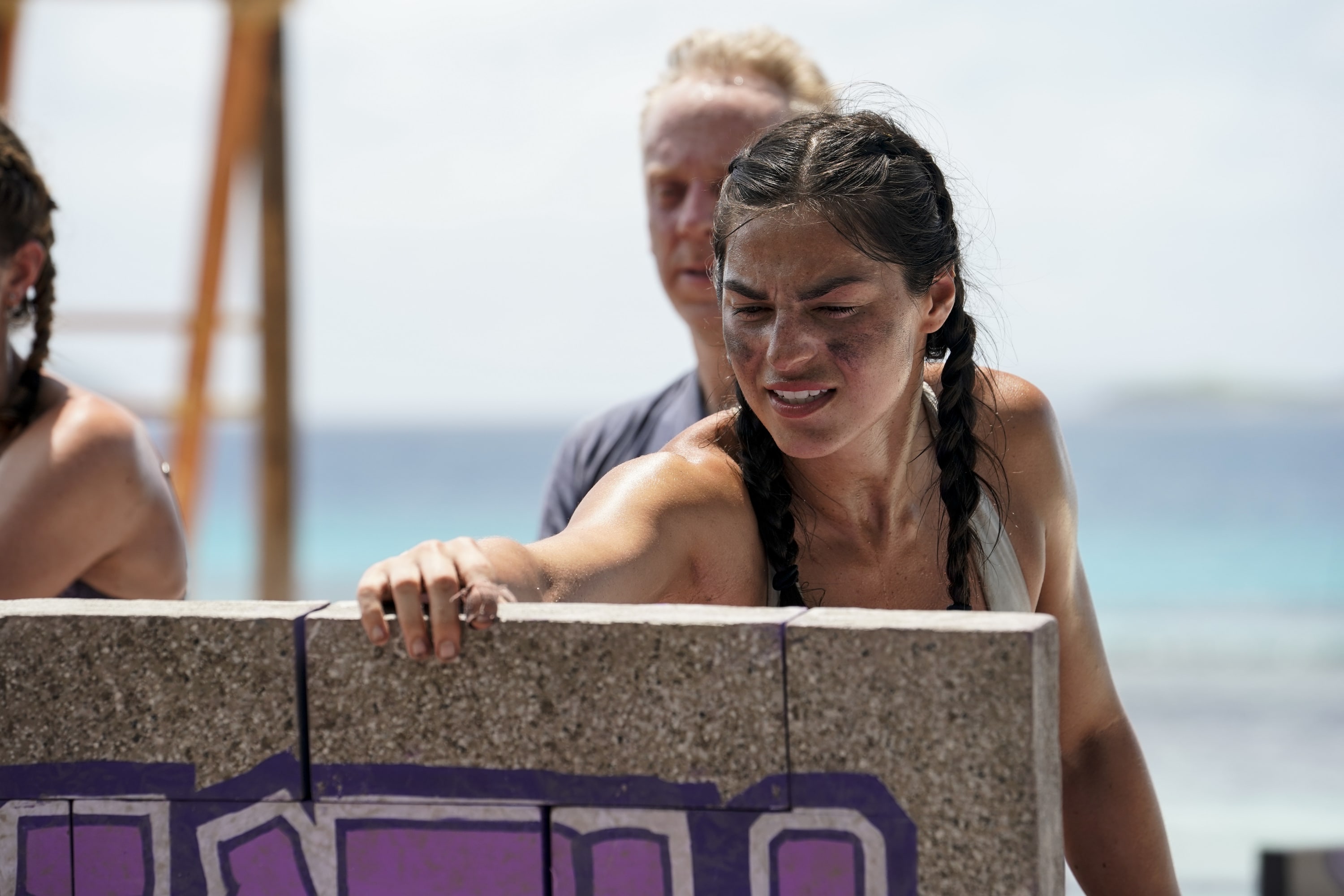 NA: I went to the EW Popfest event and I posed for a photo with Jeff. I was like, “I need to get a selfie with Jeff. If I talk to him, maybe I will have a chance at the show.” I told him, “Hey, I’m going to be on Survivor one day.” He said, “What’s holding you back?” I said I was graduating in a month and would apply after that. I did. I got a callback. I was like, “Wow! This is real! I’m going to be on Survivor.” To me, that callback was it. I’m really happy that I got to be on the show.