It seemed as if Jeremy Crawford was voted off Survivor: David vs. Goliath because he was perceived as playing too aggressively. But Crawford said that’s not even close to reality — it’s way deeper and much more personal than that. SheKnows had the opportunity to chat one-on-one with Crawford shortly after his early elimination, and things took an unexpected twist. During our conversation, we learned how he’s dealing with feelings of being unexpectedly eliminated and whether he regrets appearing on the show.

SheKnows: It looked like Natalie was the obvious target, but you were voted out instead. What went wrong?

Jeremy Crawford: I don’t want to go too much into things that, I guess, were not aired on the show. But, essentially, I made a comment about a showmance between John and Angelina. Angelina, being a newlywed, did not like that and it put her on the warpath.

SK: So that was the motivating factor? Not that she claimed you were sneaking around trying to strategize behind peoples’ backs?

JC: I don’t even know where she could’ve got that because I never talked strategy with anybody except Mike. And I didn’t tell anybody about Dan’s Idol until 30 minutes or less before we went to Tribal. I never talked to Angelina about it, so when she said, “I don’t trust him anymore,” all of that was dealing with something else. 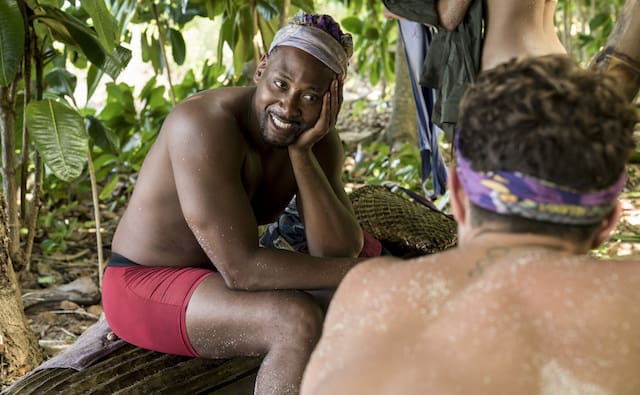 SK: Do you think her showmance with John was something real, or was it just for fun?

JC: I think it was for real for her, but for John it wasn’t anything.

SK: Just to be clear, you’re saying Angelina came after you for making a showmance comment because she was just married and didn’t want everybody knowing she was interested in somebody else?

JC: Yes. At first she told us that it was fine. That’s what she told us in the beginning. “Oh, it’s fine. I told my husband.” But as it started to grow, I think it started to freak her out. She didn’t want people to think she just got married a couple months ago and was already canoodling with another dude. It’s kind of like people who are religious at home and then get on the show and they’re not that religious and they don’t want their families to think they’re not religious. That just happens…. She had pretty much got everybody to agree not to mention a showmance.

SK: Are you at all concerned about what Angelina’s reaction will be to what you’re saying?

JC: I know she won’t say it’s a lie. She can’t deny it and keep a straight face.

SK: Are you getting any feedback from others on the show about your comments regarding Angelina?

SK: Did you know you were getting voted off, or was it a shock?

JC: I was not shocked. I knew from day one that it was gonna be me or Natalie. Alec and Natalia were kind of like a Mr. and Mrs. Smith: not a showmance, but like an alliance. Dan and Kara were in a full showmance and Angelina and John were in a showmance. Alison was a puzzle maker, the only one we had. Mike was a millionaire. So who else was left? Two old black people. Me and Natalie are both over 40. No alliance. We weren’t cuddling with anybody. I couldn’t sleep because at night I was putting more palm fronds on the roof as opposed to cuddling with people. Normally they’ll put #Blindside on the screen if it’s a surprise. I don’t think anybody really thought it was like a blindside. 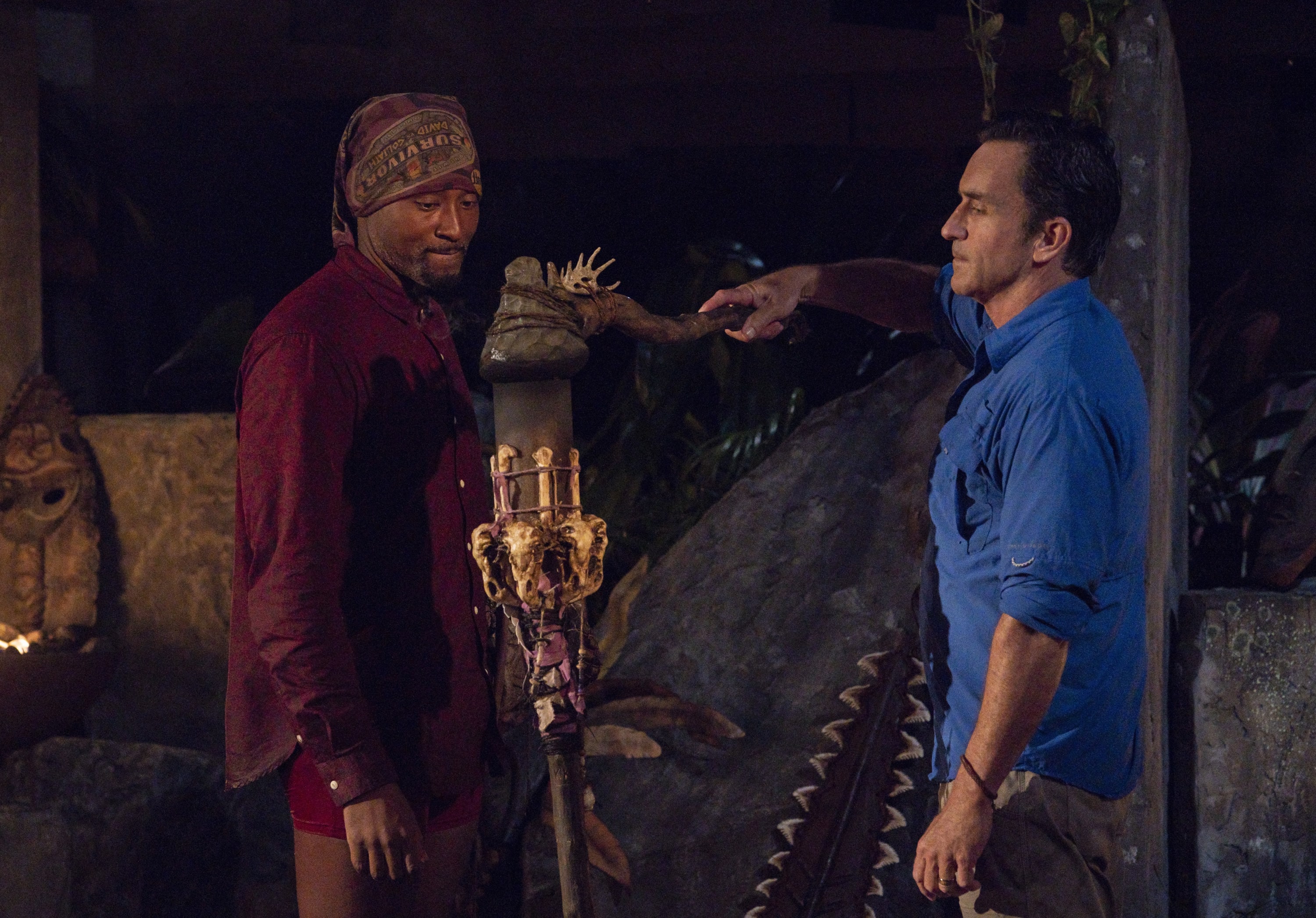 SK: Do you have hard feelings about it, or are you OK and moving on?

SK: Tell us a bit more about Natalie. She’s portrayed on the show as being somebody that seems to be difficult to live with. Is that really her, or is the edit wrong?

JC: The edit made her look better. The edit cut out her fight with Mike. They edited out a fight with Natalia…. She was irritating for a long period of time. 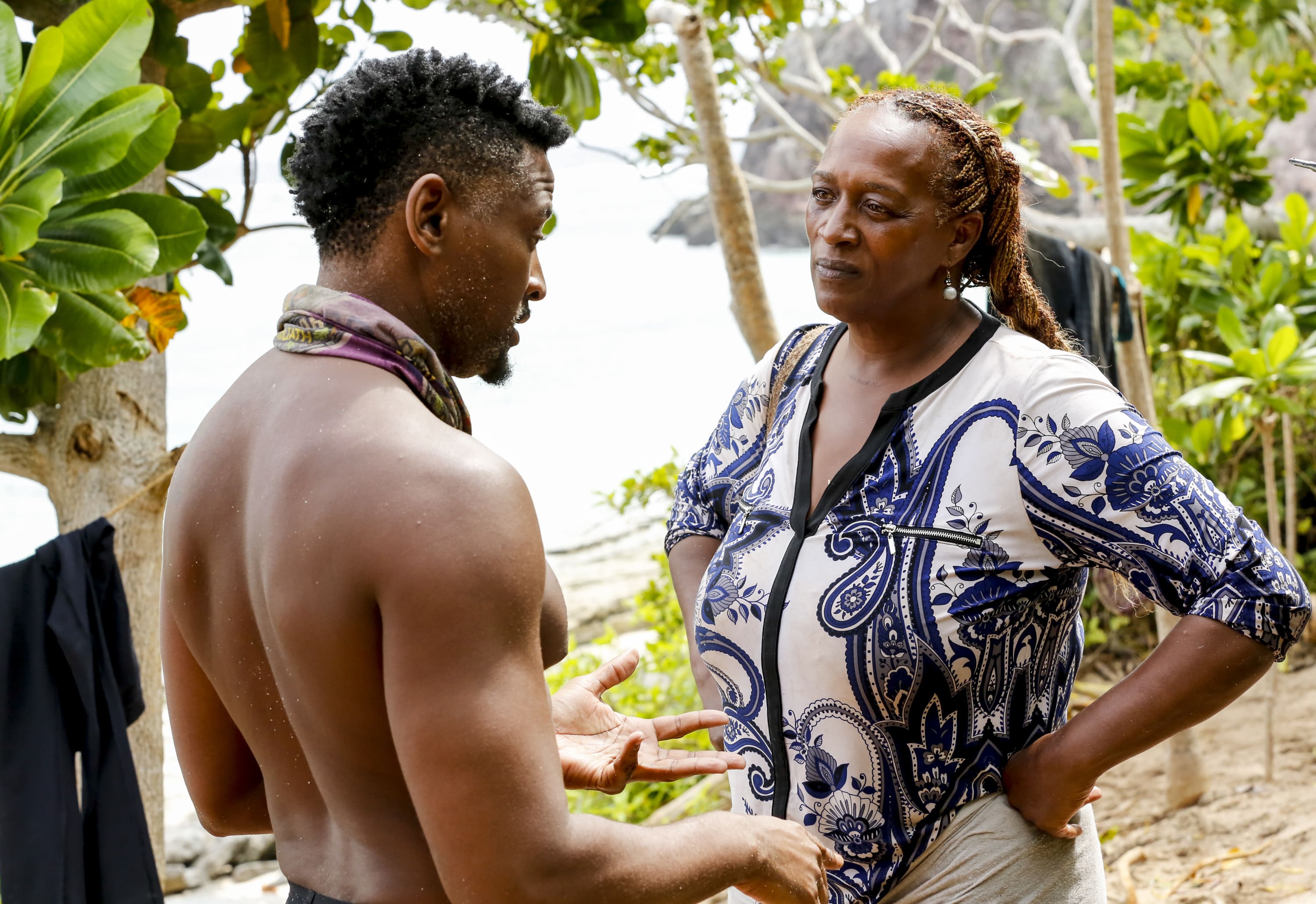 SK: So when you get voted out before somebody like that, it has to drive you crazy.

JC: If I got voted out for the reason that I was the strongest player and doing these things, I would’ve been fine with it because that’s the game. But it’s not as crazy as getting voted out for something that I don’t think was 100 percent shown on TV. We had three wins. I wasn’t the strongest player. I wasn’t the toughest guy. I don’t think there’s evidence that I was talking to people so much. The only person I talked to was Mike. That’s why Mike’s comments made sense. You didn’t see me talking to people. You didn’t see me searching for an Idol. To say that I’m the biggest threat, for a Survivor fan, you should ask some questions about it being 9-1 on a first vote on somebody that everybody loves.

SK: It doesn’t sound like you had an overall great experience. Do you regret going on Survivor?